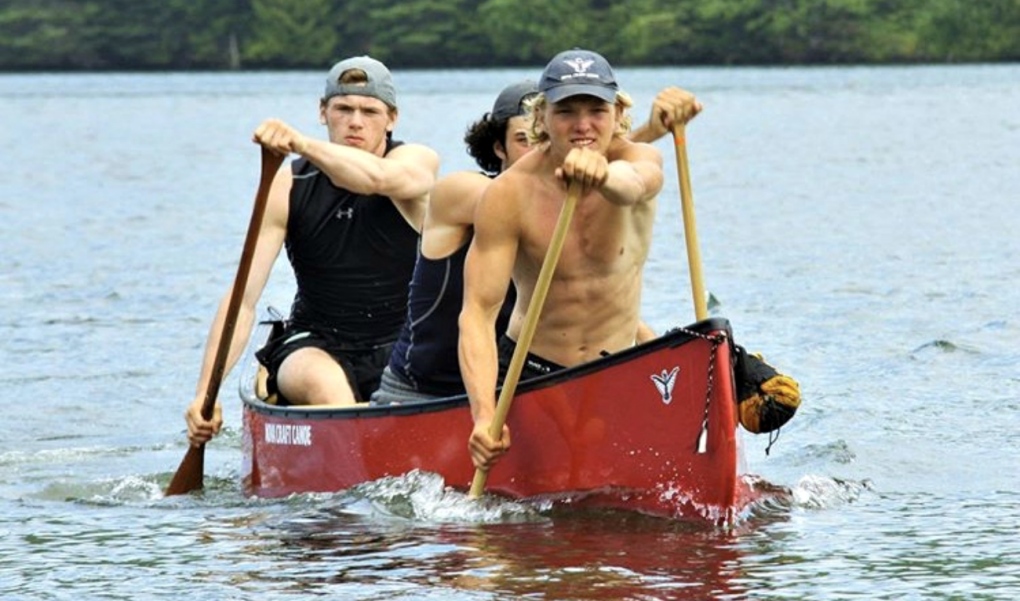 A group of six friends are travelling 2,000 kilometres in two canoes and sleeping in one tent, all while raising funds for Food Banks Canada. (Supplied)

PEMBROKE, ONT. -- A group of six friends has spent the last 57 days canoeing across Ontario in an effort to raise money to fight COVID-19.

“I never thought anyone would care this much about canoeing,” said Kirijian.

Their journey started June 26, 250 km north of Thunder Bay, Ont. with a goal of canoeing all the way to Ottawa. Their goal for Canoe4COVID was to raise $60,000 for Food Banks Canada, in support of community and health-care workers affected by the pandemic.

With three days left in their campaign, they have exceeded the goal, raising more than $71,000 as of Friday.

“A lot of emotions that everyone is feeling cause it’s over. But at the same time you’re getting to that destination you originally planned to be at, so it’s a big feeling knowing that we’re just three days away,” Robinson said on Friday.

The six friends came up with the idea when they realized their jobs as summer camp counsellors weren't coming back this year.

“Quickly we realized we could do a lot more with a 60 day trip and fundraise money for people who are in need because of the effects of COVID,” Robinson said. “We were just canoeing everyday and that’s all we think about. And then we get those moments where we get reminded that we’re making such a difference.”

Their journey has been an adventure but it's come with bumps, bruises, and second thoughts.

“I dropped the boat on my arm and it sort of got pinned on the gunnel of the boat and a root that was on the portage,” Aziz said.

“On my birthday we had one of the hardest days of trip,” said Heisey. “I just remember walking alone out past the campsite and just thinking to myself, what am I doing on my birthday?”

All of it worth it in the end, knowing the money they raised is going to a good cause.

“We’re helping out communities,” said Robinson, “and you don’t think about it on trip because you’re mind’s on trip. But then someone reminds you and you’re like, damn, we’re not just doing this for ourselves, we’re doing it for other people as well.”

They expect to arrive in Ottawa on Monday, Aug. 24, portaging their canoes up to Parliament Hill.