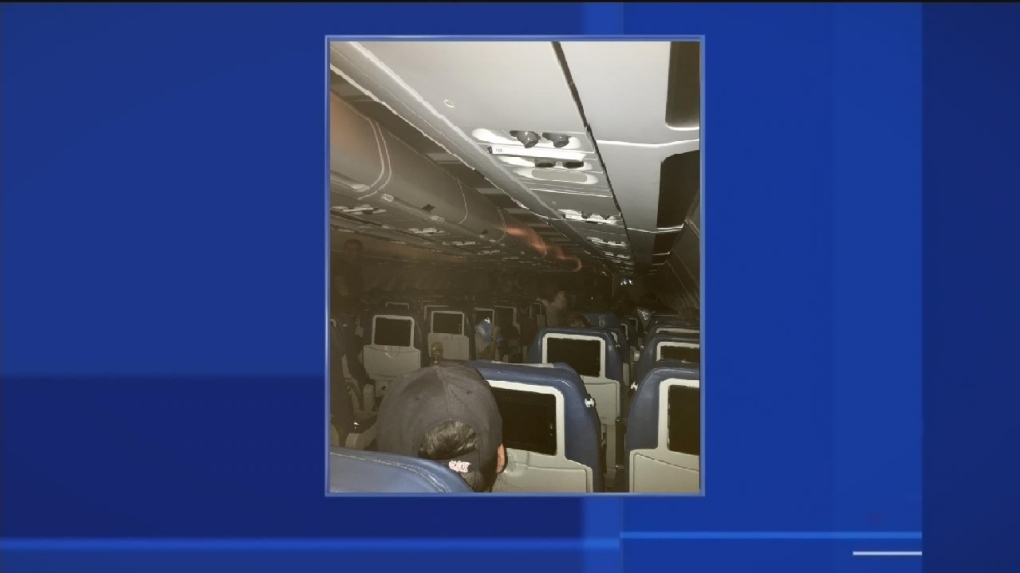 Passengers on a Montreal-bound flight from Brussels were grounded for over six hours without air conditioning or water. (Photo by Steve Candela/Facebook)

The Canadian Transportation Agency says it is launching an inquiry into an incident at the Ottawa International Airport Monday, which saw hundreds of Air Transat passengers remain trapped on the tarmac for hours.

The CTA says it is ordering Air Transat to “explain the circumstances surrounding a delay of two of the airline’s flights,” according to a press release. “The CTA's order questions whether, during the incidents, Air Transat respected its terms and conditions of carriage for international flights (tariff) with respect to the treatment of passengers on the aircraft.”

The two flights, one from Brussels and one from Rome, were both bound for Montreal, but had to be diverted Monday due to inclement weather. Those flights were among 20 flights total that landed in Ottawa instead of their intended destinations.

Passengers described being trapped onboard for hours, with no air conditioning, in sweltering heat. Passengers eventually called 911 for help, prompting an emergency response from the Airport and first responders.

Air Transat had said in a statement the situation was beyond their control, and blamed tarmac congestion and Ottawa Airport staff for the fact that passengers weren’t deplaned.

“Airport staff were unable to provide with loading bridges or stairs that would have enabled the passengers on the Brussels flight to disembark or our ground crews to replenish the aircraft’s empty drinking water reservoir,” an Air Transat spokesperson said in a written statement.

But the Ottawa Airport Authority responded saying the airline never requested deplaning services. “We had a gate available and air stairs ready in the event that the airline decided to deplane. We also had buses on the tarmac ready to shuttle passengers to the terminal – buses the Authority purchased specifically for situations such as this. Neither the ground handling service nor the airline requested either of these during the event,” a statement from the Airport Authority read. "The responsibility for deciding whether a flight is deplaned and processed through Canada Customs rests entirely with the airline."

The CTA says If it finds that a tariff has not been properly applied, or that the terms and conditions in the tariff are unreasonable, it can order corrective measures.

Complaints filed by passengers will be addressed through the inquiry.