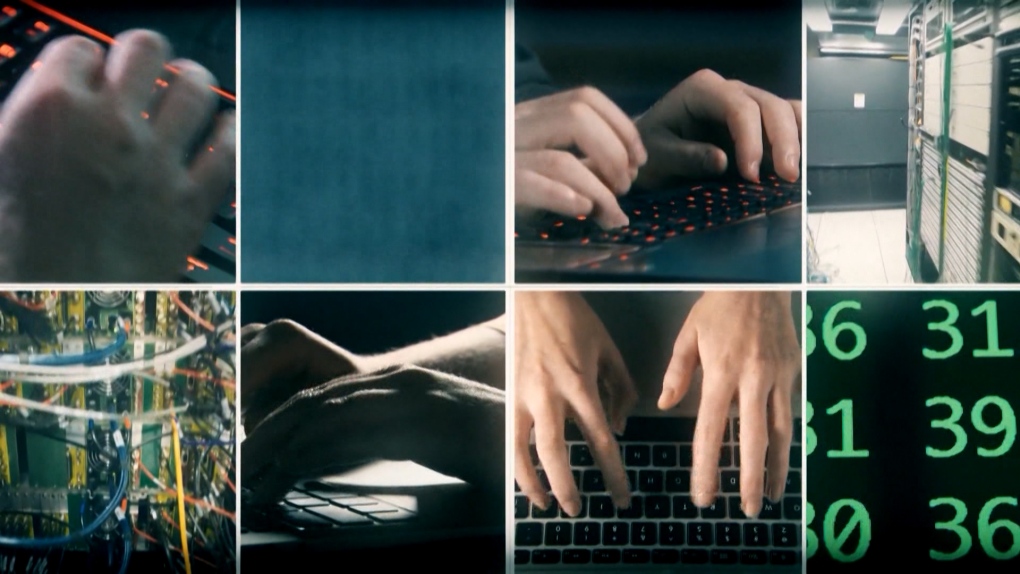 TORONTO -- An investigation into a scourge of NetWalker ransomware attacks has led to charges against a Canadian man, the U.S. Department of Justice said on Wednesday.

According to an indictment, police in Florida charged Sebastien Vachon-Desjardins of Gatineau, Que., with illegally obtaining more than $27.6 million.

The accused is alleged to be part of a shadowy group of cyber criminals who have attacked several targets in Canada, including the College of Nurses of Ontario, a Canadian Tire store in B.C., and the Northwest Territories Power Corporation.

"Ransomware victims should know that coming forward to law enforcement as soon as possible after an attack can lead to significant results like those achieved in today's multi-faceted operation," Nicholas McQuaid, an acting assistant attorney general with the Justice Department, said in a statement.

Court records show Vachon-Desjardins was indicted in Florida on several counts, including conspiracy to commit computer-related fraud and intentionally damaging a computer.

U.S. authorities said they had seized about US$455,000 in cryptocurrency from ransom payments in three separate attacks. They also said authorities in Bulgaria had disabled a "dark web" resource used to communicate with NetWalker ransomware victims.

NetWalker operates as a so-called ransomware-as-a-service model, featuring "developers" and "affiliates," who split the proceeds of any ransom paid. Experts say NetWalker attacks really took off last March as the criminals exploited fears of COVID-19 and people working remotely.

Earlier ransomware attacks focused on encrypting a target's files -- putting them and even backups out of reach. Increasingly, attackers also threaten to publish sensitive data stolen during the time spent inside an exploited network before encryption and detection.

Once a victim's computer network is compromised and the data encrypted and downloaded, the NetWalker criminals demand money to return system access. If victims refuse, they might never regain their data or, more frequently now, the information is made public.

Brett Callow, a Vancouver Island-based threat analyst with cybersecurity firm, Emsisoft, said the group had made millions. In one case last year, they extorted $1.4 million from a California university.

Police urged any victims to contact law enforcement right away.

"This case illustrates the FBI's capabilities and global partnerships in tracking ransomware attackers, unmasking them, and holding them accountable," Special Agent Michael McPherson, with the FBI's field office in Tampa, Fla., said.

This report by The Canadian Press was first published Jan. 27, 2021.