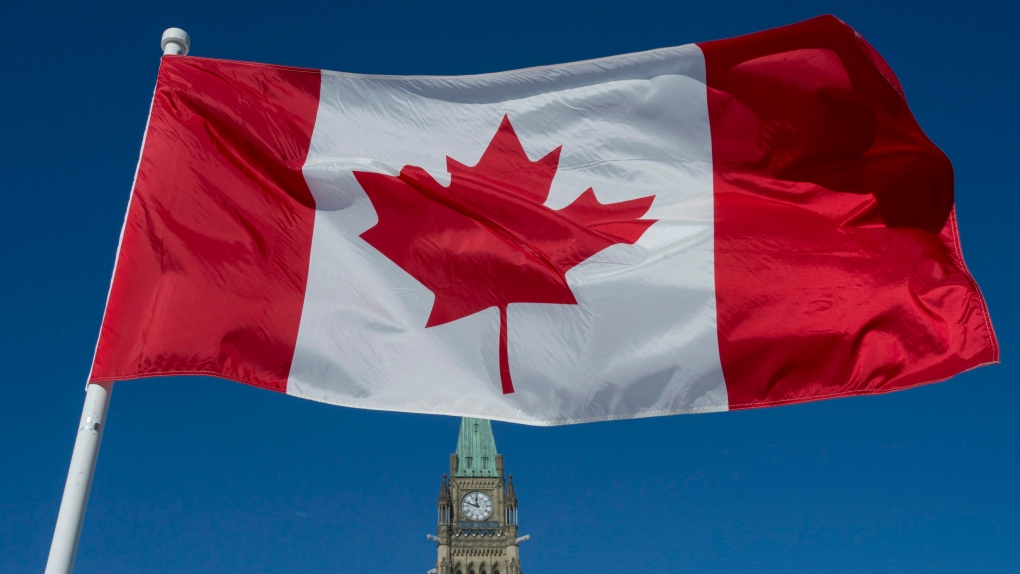 The Maple Leaf flies over the Peace Tower on Parliament Hill on the 50th anniversary of the Canadian Flag in Ottawa on Sunday, Feb. 15, 2015. (Justin Tang / THE CANADIAN PRESS)

OTTAWA -- Canada is marking the 55th anniversary of the Maple Leaf Flag.

Known around the world today, the red-and-white symbol was first flown Feb. 15, 1965. Before that, the Red Ensign was widely considered the national symbol of Canada.

Prime Minister Lester B. Pearson had promised to create a new flag for Canada before the 100th anniversary of Confederation in 1967, but the decision was not without controversy. Many veterans opposed the creation of a new flag, having fought under the Red Ensign during the Second World War.

In 1964, Pearson proposed a design, known today as the "Pearson Pennant", which featured three red maple leaves on a white background, with blue borders on either side. This design was strongly opposed. So, a Parliamentary Committee was created to find a new flag in six weeks.

It came down to three designs: the "Pearson Pennant"; a design similar to the current flag, but featuring a Union Jack and three fleurs-de-lys on either of the red bars; and a red, stylized maple leaf on a white background, with red borders on either side.

The latter design—proposed by Dean of Arts at Kingston's Royal Military College, George Stanley—was eventually selected by the committee and presented to Parliament.

Before the new flag was chosen, Pearson commissioned prototypes of the three finalists so he could fly them at the Prime Minister's summer residence at Harrington Lake and see what each looked like atop a flag pole. Ottawa's Joan O'Malley sewed the three flags, including the very first Maple Leaf Flag. She told CTV News she was never paid for the work, but considers it a gift to her country.

On the occasion of the Red Ensign's lowering on Parliament Hill, and the raising of the Maple Leaf Flag at noon, Feb. 15, 1965, Pearson said, "May the land over which this new flag flies remain united in freedom and justice … sensitive, tolerant and compassionate towards all."