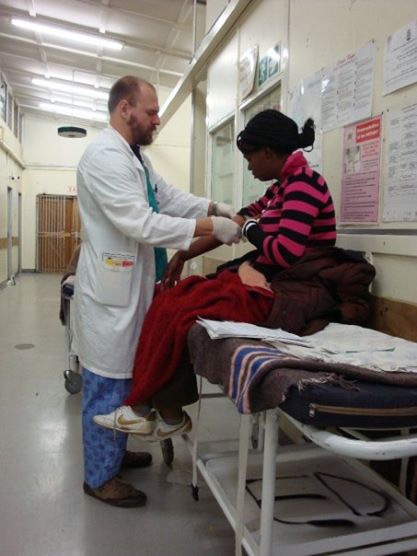 Dr. Tim Jagatic is shown in this supplied photo.

Dozens of people filled the University of Ottawa’s Tabaret Hall Tuesday evening for a presentation put on by Doctors Without Borders about stopping Ebola.

“It’s growing because we’re not getting the proper human resources capacity to help us out in the field,” he said. “If we had the right number of people out there, we would be able to stop this thing.”

Jagatic has been to West Africa with Doctors Without Borders twice this year.

“We need more people to step up,” he said. “This is turning into a global crisis, and if we do it all together, we can end this, and we can really put this behind us.

Jagatic said the Ebola outbreak in West Africa can be controlled with more aid.

Jagatic says watching the disease gain ground in West Africa has been frustrating.

According to the World Health Organization, more than 4,900 people have died from the current Ebola outbreak.

The vast majority of the deaths have been in Sierra Leone, Guinea and Liberia.