OTTAWA -- Every Remembrance Day, the Royal Canadian Legion names a Silver Cross Mother, who represents all mothers who have lost a son or daughter in the course of duty.

This year's National Silver Cross Mother is Debbie Sullivan, of Saint John, N.B. She will lay a wreath at the National War Memorial in Ottawa this Remembrance Day, during a scaled-back ceremony amid the COVID-19 pandemic.

Sullivan's son, Lt. Chris Saunders, died in 2004 in a tragic fire aboard the HMCS Chicoutimi submarine, as it was headed from the U.K. to Canada. The husband and father of two was 32 years old.

Speaking on CTV Morning Live from the National War Memorial in Ottawa, Sullivan spoke glowingly of her son.

"Christopher as a boy was a very organized little boy. He had the penchant for order. He liked everything to have a place and everything in its place," she said. "He loved playing with his friends. Through school, he always seemed to gravitate toward the shy and quiet ones and look out for them. He kept that kind of attitude right into adulthood."

"He thought it would be really good for him because he is a man of order, and he knew there would be a lot of order in an organization like the reserves." 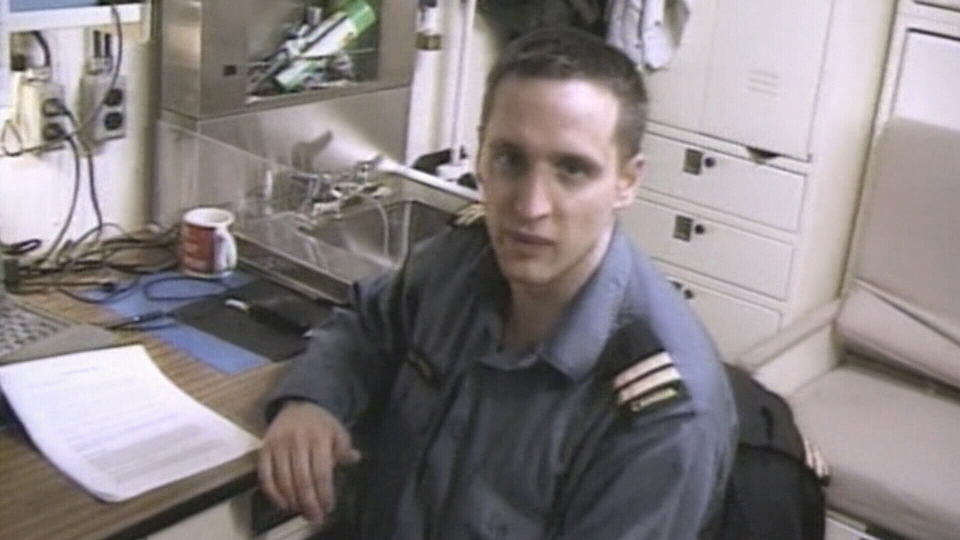 Sullivan said she will be thinking about her son today, as she lays the Silver Cross Mother's wreath at the National War Memorial.

"I get to represent all mothers and all their families who have lost loved ones in service to their country, and it is an honour for me," Sullivan said.

She says Canadians should support veterans and their families all year round.

"All year round is what I'm aiming for. I have been working for years and years in my local community to keep our veterans first and foremost in everyone's lives," she said.

She describes making a video for a Quispamsis, N.B. school named after her son.

"I wouldn't be there for their ceremony, so I did a short video. In the last paragraph I basically said to listen to all the stories, keep all those stories in your memory and carry them throughout your lives so that we never forget."

"I found out that Christopher's name was brought forward almost four times more than any other name," she said.

Sullivan says she's spoken with other mothers who have lost children in the line of duty.

She says she worries about the future, and about younger generations forgetting the meaning of Remembrance Day, but she says that's why she does her part.

"I do worry about the future and I guess that's why I do my small part to keep it first and foremost in our young generations' minds," she said. "I think that the Legion themselves do an awesome job of promoting our veterans throughout the year."