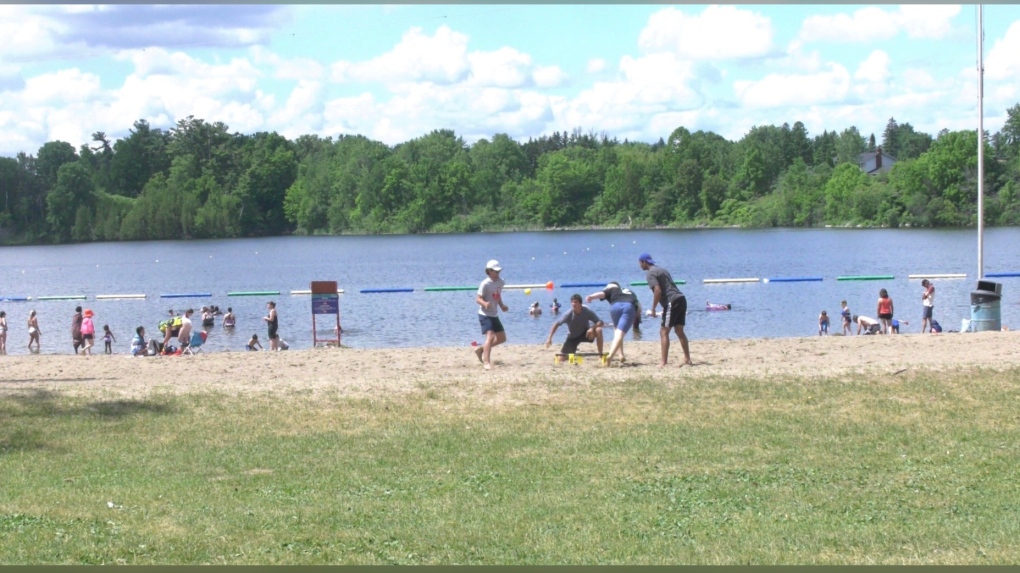 OTTAWA -- A hot and humid Canada Day is a preview of a hot rest of the summer in Ottawa and eastern Ontario.

On Canada Day, the temperature was forecast to hit 30C, with the humidex making it feel like 34 degrees. Environment Canada's forecast calls for temperatures to hit 30C in Ottawa six of the next seven days.

At Mooney's Bay on Canada Day afternoon, hundreds of people were enjoying a day at the beach and trying to keep cool.

"Personally I don't like when it's too hot, but for most people it's fine," said one beachgoer Wednesday afternoon.

Owen Scott added "I don't mind it, it's just a little hot on the feet. The sand right here is burning but overall not too bad."

According to the three month temperature outlook for Ottawa and eastern Ontario, the hot and humid weather will be sticking around the region for the rest of summer.

Environment Canada's "Temperature Deterministic Forecasts" for July, August and September calls for temperatures to remain above normal in Ottawa and eastern Ontario, with normal precipitation levels.

Warmer than normal temperatures are expected for southern and eastern Ontario, along with most of Quebec and Atlantic Canada.

Environment Canada senior climatologist David Phillips told CTV Morning Live on the first day of summer that it will be hot through Labour Day.

"We're going to see a lot of tropical air, American air. So it looks like it's going to be a hot summer."

In Ottawa, lifeguards are on duty daily at Mooney's Bay, Petrie Island and Westboro Beaches. Britannia Beach is closed this summer due to construction work.