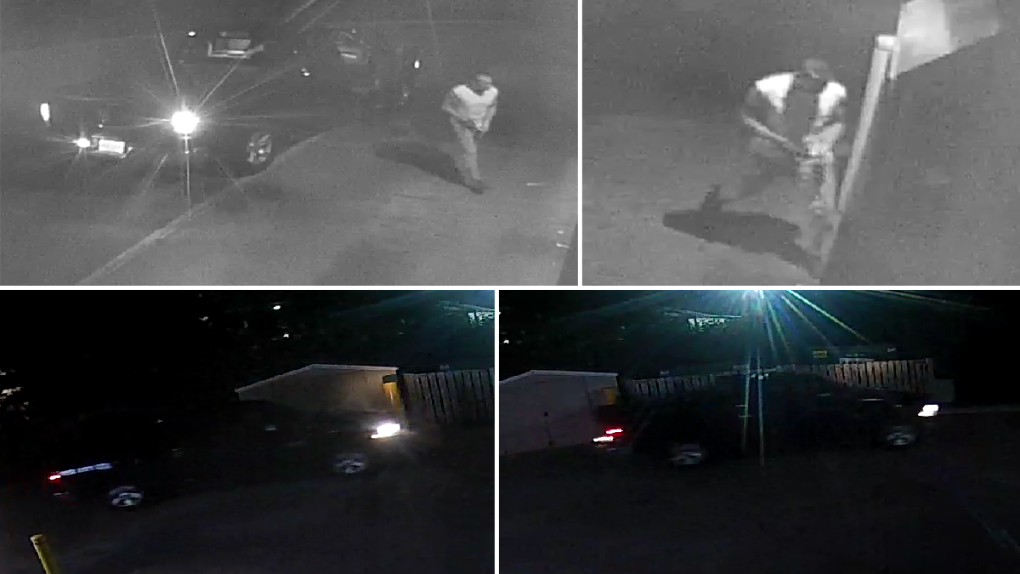 Police in Gananoque, Ont. are searching for this man and this truck after they say a Camp Day donation box was stolen from a local Tim Hortons. (Gananoque Police)

Gananoque, Ont. police are on the lookout after they say a Camp Day donation box was stolen from a local Tim Hortons.

The theft happened on Aug. 6 just after midnight, police said in a news release. Officers are looking to identify the thieves, who they say were possibly driving a dark-coloured Dodge Ram.

Police describe one male suspect as white with a Mohawk hairstyle, wearing a white sleeveless shirt and construction shorts with fluorescent flashes around the knees.

Anyone with information is asked to contact Gananoque police or Crime Stoppers.

Gananoque is about 30 kilometres east of downtown Kingston.