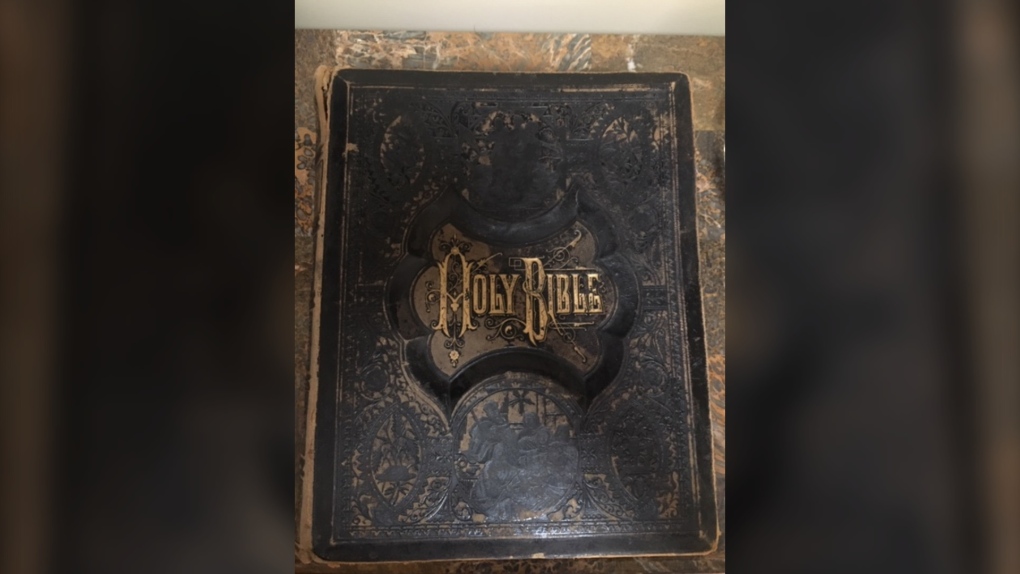 OTTAWA -- A Calgary woman says she found a family bible that is nearly 140 years old and once belonged to an Ottawa family.

She's now trying to track the family down and return the priceless heirloom.

Bonnie Gerard reached out to CTV News Ottawa for help finding descendants of the family that once owned the bible.

"The bible was presented to Mrs. Sarah Rothwell (née Sheppard) by her husband (John Rothwell) in 1882 and contains handwritten family history, written in fountain pen," Gerard said in her email to CTV News.

Gerard, a professional organizer who helps people downsize their homes says one of her clients previously owned the bible.

"My client's family or parents had it in their house for an undetermined amount of time," she told CTV News. "They had found it, and they weren’t really sure where, but it was somewhere here in Calgary in an abandoned home. I would say it’s probably one of the most historic things that I have ever found."

She says she tried searching online ancestry sites but hasn't been able to track down any living relatives. She did, however, learn a few things about the Rothwells.

This bride was originally from the United States, and married a man from Ottawa," Gerard said. "The husband of the owner of this book, Sarah Rothwell, presented it to her in 1882. And then throughout, as many people did, they used their family bible to record births, and deaths."

The records refer to births, deaths, and marriages taking place in Ottawa.

The bible is beautifully illustrated with many colourful pages. Gerard says she may sell it if she can't find an owner, but hopes to return the bible to its rightful family.

"I don’t want to sell it. I want to find the family to whom this belongs," she said.

Gerard asks that anyone who may be able to help her track down the family email her.