CALABOGIE, ONT. -- Calabogie Peaks is looking to drop the "ski resort" label, with plans to build hundreds of four-season homes at the site.

Calabogie Peaks COO Jim Hemlin says over the next five to 10 years, he’s hoping to build between 400 to 500 new homes.

"So there will be a whole pedestrian village built at the base of the mountain. It will have some of the amenities like coffee shops and other restaurants. It’s going to have hopefully professionals here, where they can set up their own little businesses."

Hemlin wants to move the Ottawa Valley destination away from a tourist destination and into an outdoors based community. Along with the expansion of hundreds of homes, Calabogie Peaks also has plans to expand their hiking trails and summer interactions.

For ski and snowboard lovers worried about losing the hill, not to worry; the resort is planning to add another three runs as part of the expansion, bringing their total up to 45. 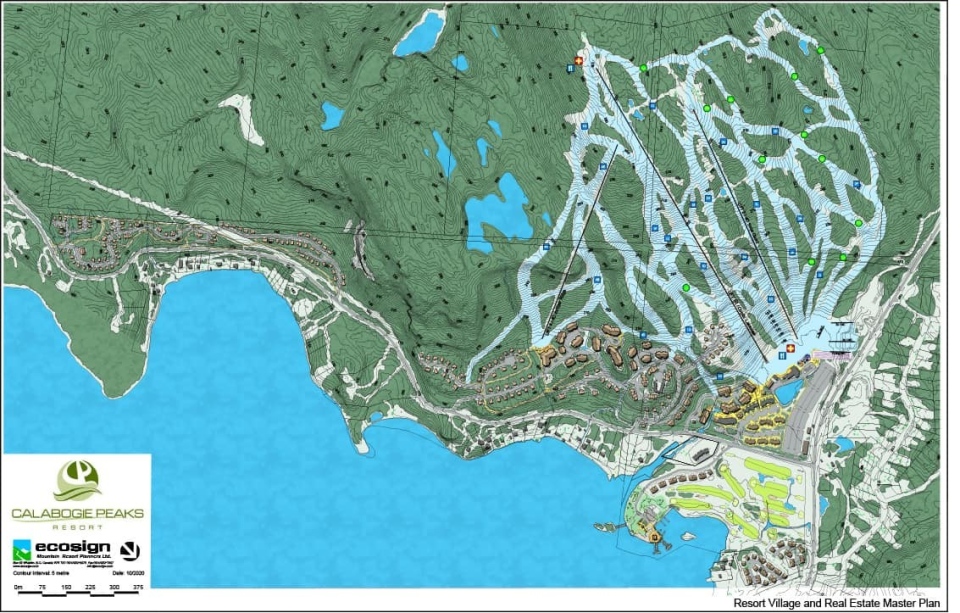 As for who Hemlin is hoping to attract, he says Calabogie Peaks plans to be an affordable destination for all; young couples, families with children, and retirees. Hemlin says the goal is to price the units at $350 per square foot.

"We’ll have some single lots available where you can come in and build your own home," says Hemlin. “We’re also going to have some condominium offerings which will be at the base of the mountain. And then we’ll also be offering a townhome portfolio which will be up on Juniper Ridge in a more secluded setting." 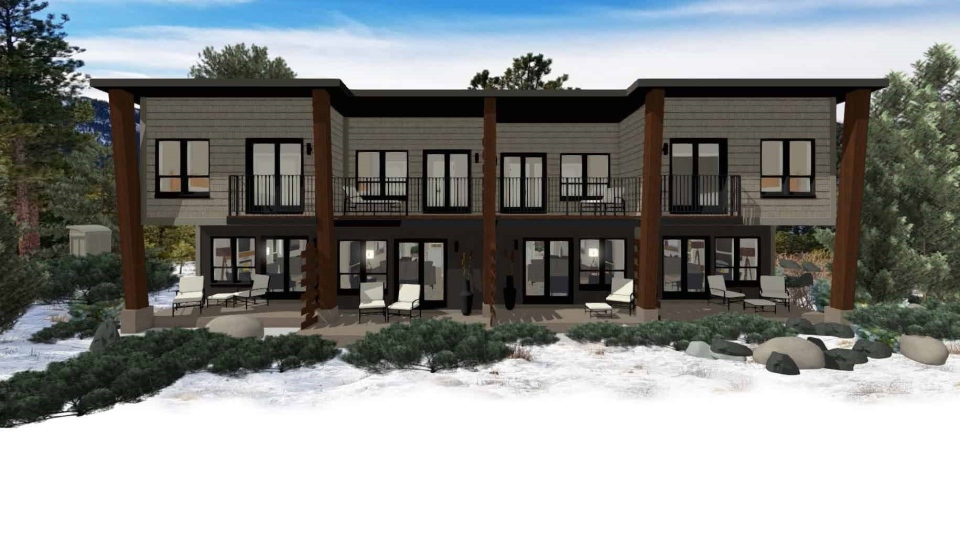 MAKING THEMSELVES AT HOME

There are already residents living at Calabogie Peaks today. Doug Hewson and Marisia Campbell bought a unit when they were quietly unveiled. Hewson grew up in the Calabogie area and his parents live nearby. The couple also own a home in Kanata, and say they split their time 60 per cent in the city and 40 per cent at the mountain.

"One of the things that we liked about it was it’s basically turn key," says Hewson.  "Very low maintenance, there’s a condo corporation that takes care of the landscaping and other components.”

The couple chose to semi-move to the area for the amenities surrounding them. 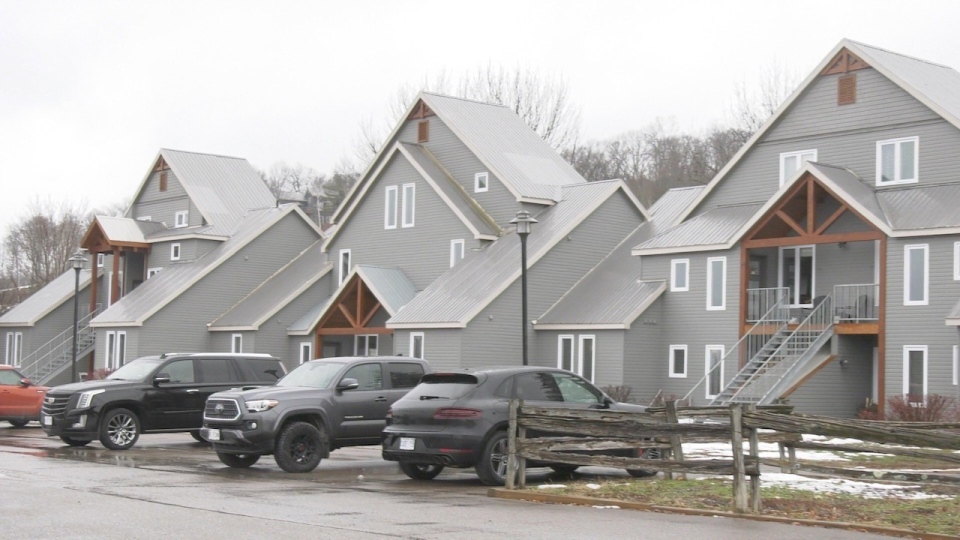 They even convinced their Kanata neighbours Paul and Lisa Chiarelli to purchase the unit beside them at the base of the mountain, who are excited by the idea of having more new neighbours join them.

"We’re going to end up with a lot of people who are permanently working from home or people that are retired," says Paul Chiarelli. "But it will be busy, and the more people that are up here, the more stuff that will be going on."

"Now we’re starting to see more restaurants pop up, grocery stores, and all the things that you need to come and move up here," says Campbell.

Hemlin says Calabogie Peaks has fibre internet for those looking to work from home, and is hoping more people will make the switch permanently to the growing community.