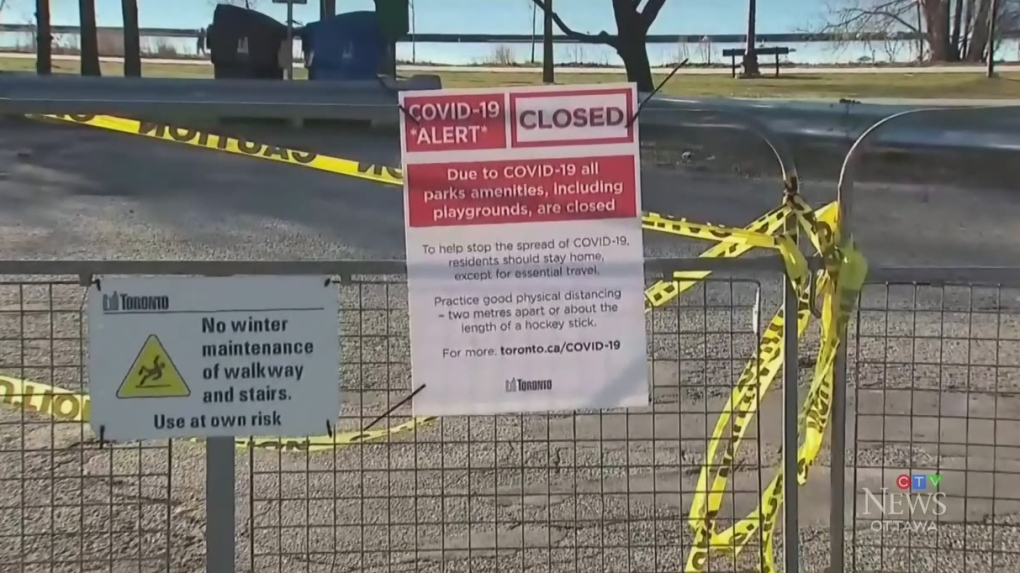 The City of Ottawa relaxed some of the restrictions in parks and green spaces on May 6, allowing residents to get some fresh air and exercise while practicing physical distancing. The city said residents could take part in activities in groups of up to five people.

In a statement to CTV News Ottawa, Director of Bylaw and Regulatory Services Roger Chapman says Bylaw officers responded to 305 requests for service between May 16 and 18, and conducted 870 proactive inspections of parks across the city.

“While no Provincial Offence Notices were issued, officers issued nearly 450 verbal warnings to individuals who were contravening orders set out in the Emergency Management and Civil Protections Act,” Chapman writes.

The play structures, basketball courts and skateboard park at Lansdowne remain closed during the COVID-19 pandemic.

More than 100 tickets issued since April 3

Since April 3, Ottawa Bylaw officers have issued 124 tickets for violating the COVID-19 measures.

“The nature of these calls include violations of park closures, gatherings of more than five people and non-exempted businesses that continue to provide services."