BROCKVILLE -- Businesses south of Ottawa have been having a difficult time finding new employees, and employment agencies say it's not just pandemic related.

In Brockville, signs along busy roads have been popping up, looking for new hires, some even offering a $5,000 signing bonus.

One of those signs hangs along the fence in front of Northern Cables on California Avenue, a company celebrating 25 years this fall.

"The average production worker makes over $50,000 a year," said Stafford. "We haven't had a layoff in over 20 years so it's very stable work."

"We've hired a couple of dozen people here in the last few months and we could hire at least another 20 in the next few months," Stafford said, adding that the company is finishing up a massive expansion and getting ready to break ground on another expansion.

He hopes to have 300 people working for the company at this time next year. 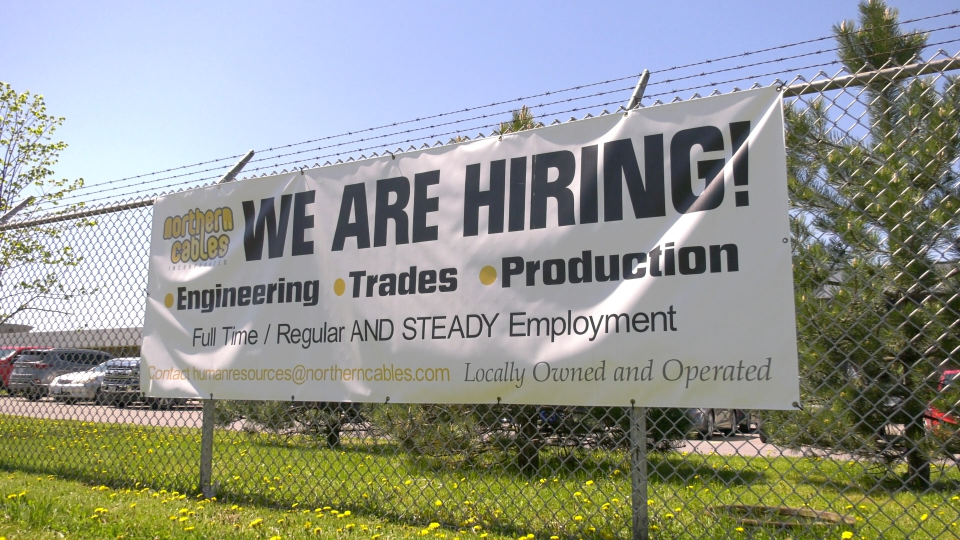 Stafford said one problem facing manufacturing jobs right now is some people do not like shift work, and competition is tight.

"We've been hit by other manufacturers who are expanding, so especially on the trades and engineering side we've struggled," Stafford said. "We've added more but we've also lost some to other manufacturing businesses as well."

In Kemptville, Russell Ansell is having the same problem at his company Kemptville Fencing & Decks.

"Skilled trades people this year are pretty much non-existent," Ansell said. "I think a lot of that is due to that there is so much work out there because everybody is staying home and doing things in the back yards and additions and so on."

He's been looking for skilled trade workers like carpenters for months, running with only four employees working in two crews.

"For the work we've got, we could have at least five crews if not more," Ansell said. "We've turned so much work away this year it's just uncanny."

The only resumes coming in are from places like South America and India, not practical for seasonal work

The Employment and Education Centre (EEC) in Brockville says the labour shortage has been an issue longer than just during the pandemic.

"COVID has had a little bit of an impact with that but it's definitely been going on for two years now," said Teanne Larocque, business service manager at the EEC.

She says there are currently 70 jobs posted online ranging from entry level to engineering positions.

"Statistics show over 85 per cent of jobs are not even posted," Larocque added. "There's probably, I would say, over 500 jobs right now in this area that need to be filled."

"They can't get their production needs out or even look at business growth when they don't have a labour force to draw from," Larocque said. 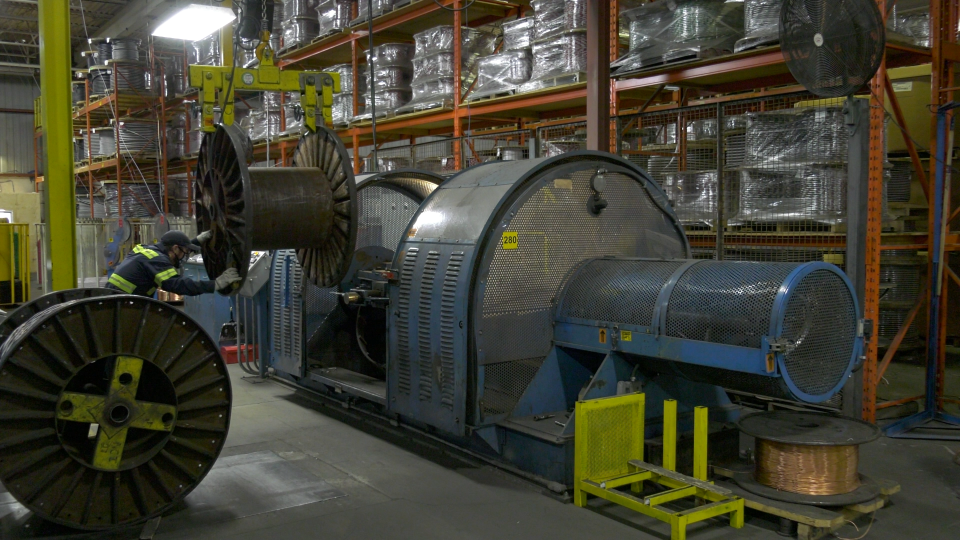 "We're frustrated," said Stafford. "We advertise ourselves, we work with local partners like the EEC, we use employment agencies to help recruit full time employees and they are all struggling with a very shallow pool from people to pick from."

"There are jobs now," said Stafford. "When the pandemic started, we put our hiring on hiatus for about six months but since September last year we've hired over 40 people and we are trying very hard to get people back into the workforce."

"I do believe that the seasonal workers that we typically bring on they are not there because they are getting the CERB payments from the government," Ansell added. "We pay well, but we're just not getting the people through."

Ansell says his business has a wait list of over 50 people waiting for quotes and asking about new projects.

"We thought last year was a record year but this year is just out of control. It's off the charts," Ansell said. "This could have been a bumper year for us. I could have started to think about retirement and things like that."

"The boots are back on unfortunately for me," Ansell added, pointing to his workbooks. "It's just crazy. It's unprecedented."

Larocque said the Employment and Education Centre is still open by appointment, and can help find people a new job or career.

"Come see us because you can work with an employment coach, we can help guide you through those steps, help get you prepared even if you are not ready to get in to a position right now, we'll help prepare you for those steps so in the next couple of months," Larocque said.

"When things open back up and maybe you feel a little more safe in entering the workforce you're all prepared and ready to go," she added.

"And there are lots of jobs!"