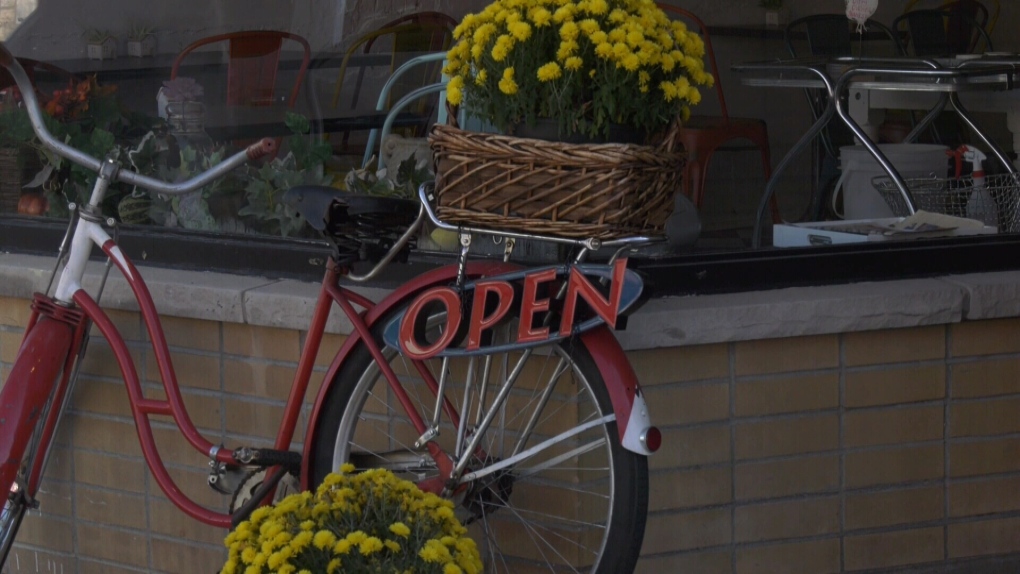 14 businesses have opened in Arnprior this year, despite the COVID-19 pandemic. (Dylan Dyson/CTV News Ottawa)

The town recently come out with their economic development update, which highlights surprising numbers about the state of business in Arnprior. Since the beginning of 2020, 14 new businesses have opened while only one has closed.

"Once I sat down and looked at all of the businesses that have opened since the beginning of the year, I was quite surprised at the number," says Lindsay Wilson, the marketing and economic development officer for the town of Arnprior. "I think just the one closure so far really shows the resilience of our businesses and their creativity, and how quickly they were to act."

Some businesses were formed out of necessity during the pandemic, like Gedder, founded by Eric Burton. Gedder is a delivery service entirely based online. It started as a way of getting food to Burton’s friends and family at the start of the pandemic. Now it’s become a way residents can access any local business.

"Our getters are going out to the grocery stores and corner stores, and delivering things right to peoples’ doors safely," says Burton.

For other businesses, plans were already in the works, and there was no turning back. For James Jack, he was committed to opening Jack and the Bean Coffee Shop this past summer.

"Yes, there's always second thoughts but our major concern was, was there going to be a change in (customer) psychology," says Jack. "We weren’t concerned about the town."

That factor seems to be the driving force behind local business being so successful in a time of economic uncertainty: the town and its people.

"These businesses are locally owned by people who love and care about this community, who employ local people, they donate locally," says Burton. "There are a wide range of studies that show local ownership increases the quality of life in communities."

"It is really the support of our residents, realizing that if they don’t support the local businesses here, they won’t be here to support in the future," says Wilson.

One of the newest businesses to open in Arnprior’s downtown is Bee Savvy Fine Foods. They are a local grocer specializing in honey based product and other kitchen wares. Owned by Matthew Ott and his wife, in the past they primarily made their sales at trade shows. They opened their brick and mortar store just in time for Thanksgiving.

"We actually had a line up down the street and around the corner on our opening weekend," says Ott. "A lot of smaller businesses like our own, actually received a bit of a boost when they did finally open a bricks and mortar location."

The owner of Bee Savvy believes that Arnprior is in a prime situation to benefit from the pandemic economically, and is anticipating the town’s population will continue to grow.

"I think it’s the old adage ‘build it and they will come,'" says James. "People are building a variety of different businesses and customers are enjoying that variety."