Brockville woman completes the 'toughest foot race in the world'

BROCKVILLE, ONT. -- A Brockville marathon runner is back home, taking it a little easier, after completing one of the world's toughest races.

"It starts in France, you run to Italy, then run to Switzerland and then you run back to France, you kind of circle Mont-Blanc," Wallace said from her home in the city.

She had her sights on this race since she was a kid, and thought she would never be able to compete in it after suffering knee injuries in university.

"Training for this has been a bit suboptimal because I don't listen to my injuries and I just had a goal in mind and just said I was going to do it no matter what," Wallace said.

With her determination the driving force, she started to train around 2018, with marathons in New Zealand and Quebec.

"A lot of the training was picking the biggest hill in town and just running up and down it for 6 to 8 hours a day and then coming home," she said, using the hill at St. Lawrence Park.

An elevation gain more than 10,000 metres is why the UTMB is regarded as one of the most difficult foot races in the world.

One Czech runner died while competing this year. 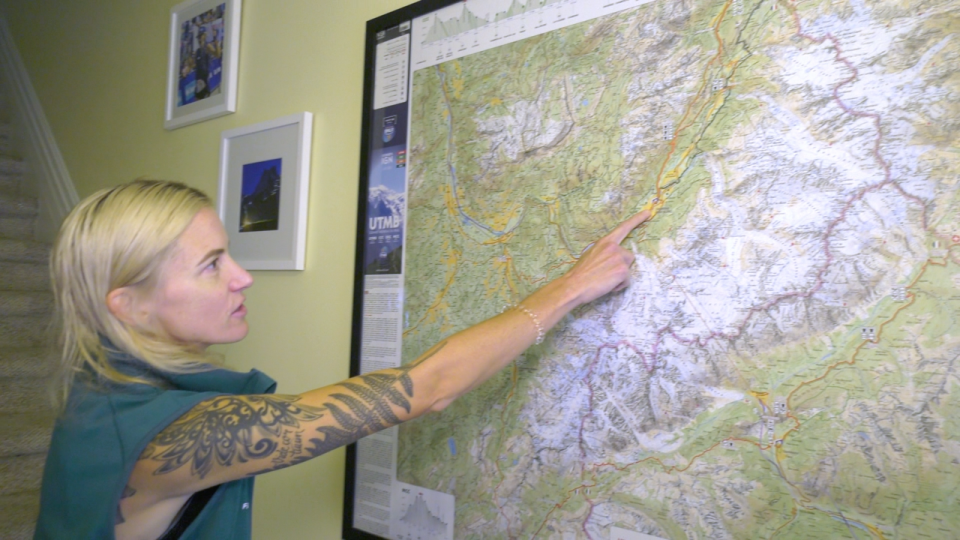 Runners start at 7 p.m., with top runners completing the trek in just over 20 hours.

Twenty-three hundred qualified for this year's race, with 900 dropping out soon after the start.

The elevation of the course did take its toll on Wallace's body, however.

"I'm really great at running up the hills, I'm really strong, but descending is very tough for me," she said. "I didn't have to go down any hills backwards this time but I almost considered it. I started getting sick after 30 kilometres."

Wallace said she did not have any nutrition in her body for 140 kilometres of the race, almost being disqualified at an aid station because she could not stop throwing up.

"I had to sit there for an hour and they were considering even pulling me from the race and I had to plead with them like, 'Please don't, I can do it, I can make it,'" Wallace said.

"I had to prove to them that I wasn't getting sick anymore and I kind of just left, i kind of just went," she smiled. 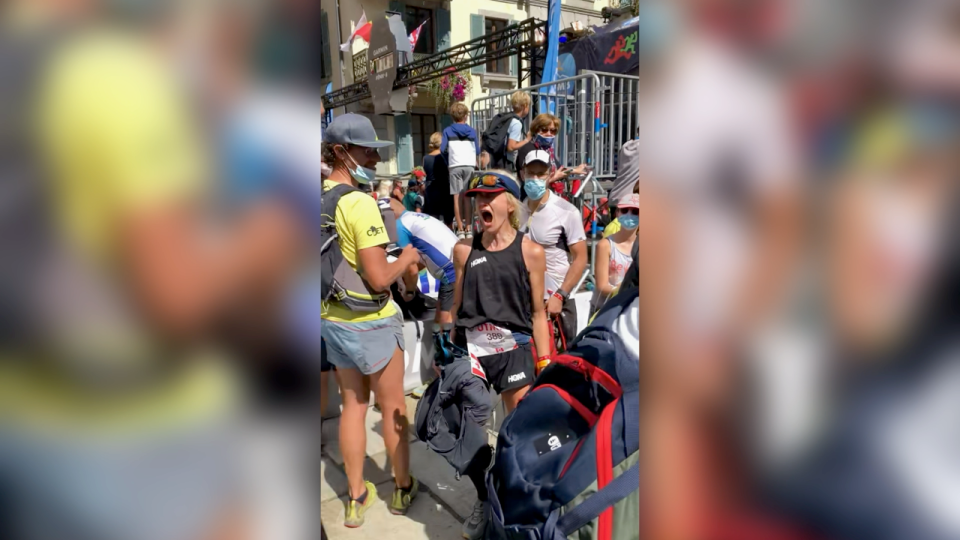 Encouraged by her family's support, her partner Catherine Cramer, currently working in Arkansas, said it's one of the hardest things she's had to watch.

"(I was) absolutely terrified. But it's also one of those things, I mean Mandy has been training for this and has dreamt of this for her entire life, so it didn't matter how afraid anyone in her life felt about this experience, and what it would do for her body," Cramer said.

She said they were able to connect through Facetime throughout the race, encouraging her every step of the way.

"It's the greatest gift to be able to support somebody fulfilling their dreams, you know?" said Cramer. "And this is something that Mandy has literally aspired to from the time she was a little girl."

When Wallace hit the finish line, she said it the best moment in her life.

"I just started screaming," Wallace said. "Coming into the finish line was everything I ever dreamed of, people were screaming, I saw my friend there and they came out to support me in the end and I just kind of started screaming."

Her body is still recovering, more than two weeks after completing the event.

"I still cannot feel my toes, trail runners call it, 'Christmas Toes,'" Wallace said with a laugh. "You don't feel your toes until Christmas after one of these things!"

Wallace says she has lost around 15 pounds and still is not able to eat solid food.

"The only nutrition I've had in my body since this race has been smoothies and kombucha," she added.

When her mother picked her up from the airport, Wallace said they went right to Brockville General Hospital because she was so dehydrated.

A place familiar to her, it's where she works as a registered nurse in the ICU and emergency department.

A profession something Cramer said likely helped her battle through the race.

"Her perseverance and her ability and determination is beyond anything I've ever seen in anybody I've ever known," Cramer said.

"She's not the kind of person who goes in with one foot, she's there and she shows up for these patients, and she takes care of people who are dying from COVID and she supports their families the entire time and she comes home after 12 hours," Cramer said. "I can't even imagine how difficult that is." 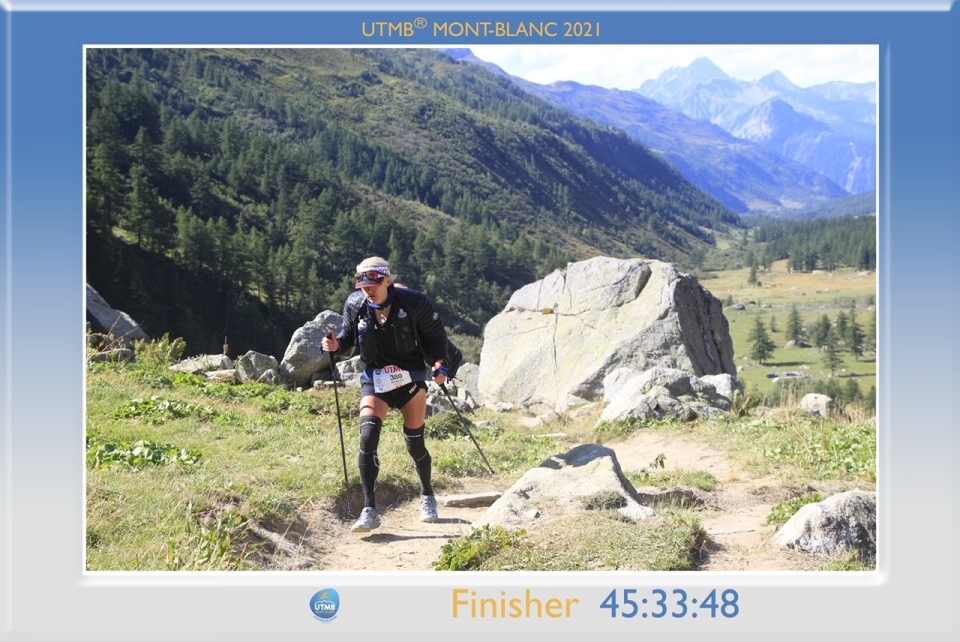 Cramer returns to Canada on the weekend, and already knows where her first stop will be.

"I'm going to Brockville almost immediately. I am so excited to see her," she said. "Proud isn't a big enough word for how I feel."

Wallace confessed she told Cramer on the phone during part of the race to never let her do an event like this again.

"No matter what I say, no matter how hard I plead, do not ever let me do this again," she laughed. "This is the worst time of my life, this is so stupid."

"But once I finished, I forget that I said those things," Wallace smiled.

In fact, even in recovery, she's already looking ahead to her next event.

"There's some races called the Hurt 100 in Hawaii that I feel like I could finish," she smiled.