A fan-favourite fry festival has returned to the region, full of cheesy goodness, covered in gravy.

Poutine Feast has been criss-crossing the province since April, and has set up shop in Brockville's Centennial Park for the next four days.

"As long as you want to eat some great food, maybe gain a little bit of weight, it's all good," laughed Les Winters of Fat Les's Chip Stand. "That's the atmosphere!"

The Feast has returned to the city for the first time since 2019, with hungry poutine lovers already ordering at 11 a.m. when vendors opened.

"We've tasted every one. I like the mac and cheese the best actually!" she said.

Kathryn McCartney and Justin Caine stopped in from Kingston after dropping their dog off nearby to be groomed.

"We're having the dill pickle and the holiday poutine," Caine said. "We've been meaning to do this for a couple of years now and finally had a chance to do it. Maybe we'll save the dog a bite." 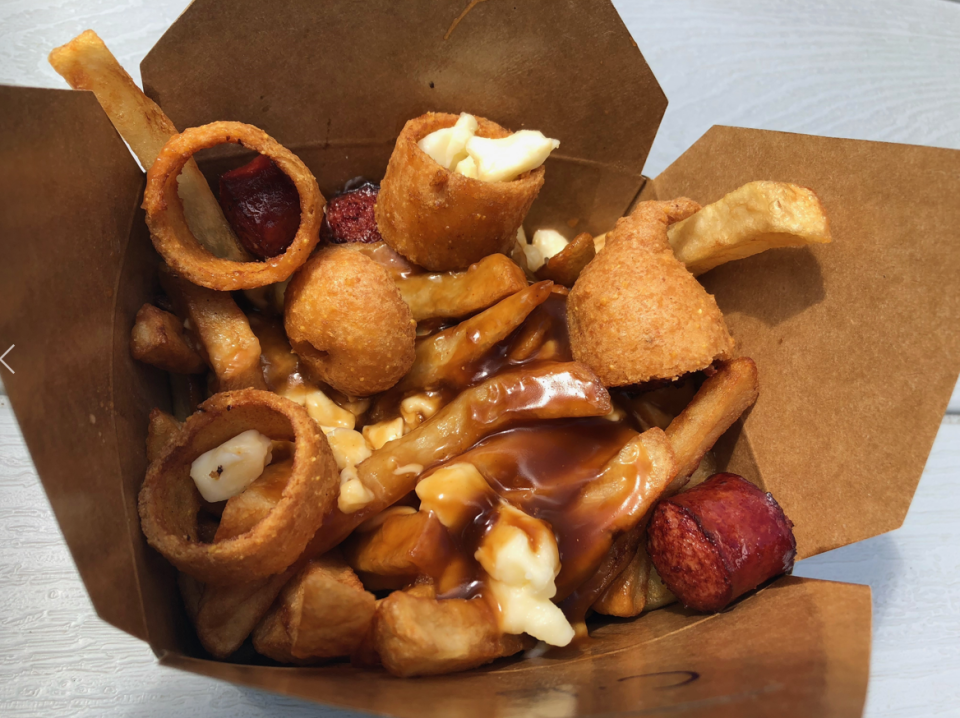 Reece Cannady visiting all the way from Texas, tried poutine for the first time.

"We have chili cheese fries where I'm from and the fry tends to get a little soggy," he noted. "Crispy fry, good, brown gravy on it and there's a lot of poutine trucks here,"

Marketing Manager Dave Conway, who also serves as the MC for the event through the day, says turnouts at each stop have been up over previous years.

"So far this year I've seen 25 per cent more people come out. Everybody's rearing to get out, come back to festivals and it's been great so far," he said.

"We come into Brockville and I mean everybody gets hotels, everybody gets restaurants, we normally bring about $150-200,000 worth into the local economy in every city we come through," Conway said.

Many of the vendors were showing off the hardware they have collected from touring the province this summer.

"We've picked up about seven wins all summer long," said Winters. "Every week they bring in a different judges and our guys are pretty proud of themselves." 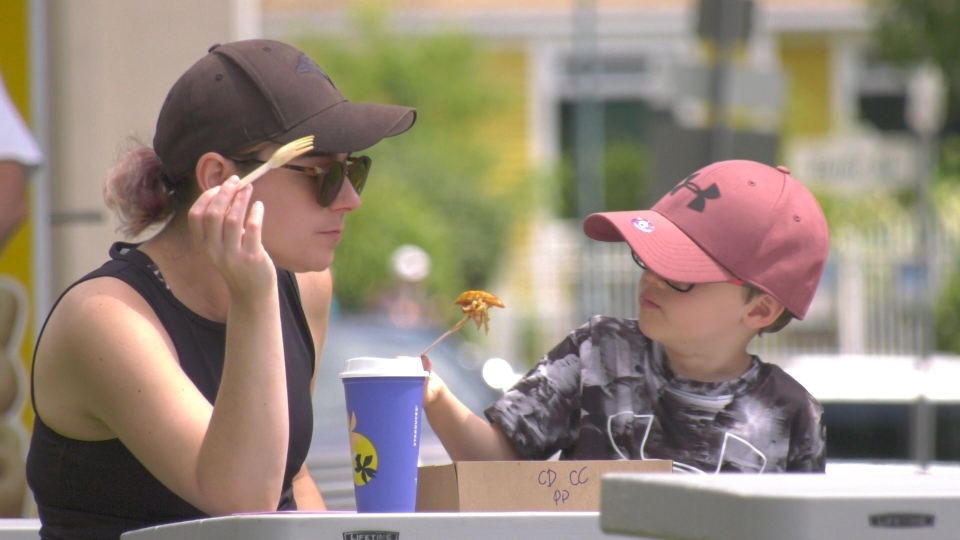 Winters is also invested personally into the feast with three others, with the aim to make it bigger event each year.  The 2022 schedule stops in 22 locations across Ontario.

"We expect to grow just like a Ribfest, you know. We are following Ribfest here in Brockville, so it's a tough week for us because it's a big festival," he noted.

"But we're growing and it's going to keep going bigger and bigger every year. Our major sponsors are starting to pick up, we've got St. Albert's Cheese and we've got a couple other big sponsors coming on board so it's been good," Winters added.

It's also a family affair with his son working the chip truck and his wife selling lemonade and desserts out of another trailer on site.

Winters looks after 15 other Fat Les's locations in eastern Ontario, including the location on Blockhouse Island.

"Come on down and enjoy some great food, you know the Canadian salad is the bet way to enjoy a summer day," he laughed.

"If you can have a busy day on Thursday, then Friday and Saturday are going to be good," she said.

"We have a lot of people who come down on their lunch hours during the week and then hopefully they go home and tell their family and come out for supper too," she smiled.

Poutine Feast runs until Sunday and admission is free.