BROCKVILLE, ONT. -- A new partnership between the Brockville Police Service and Cowan's Dairy is rewarding kids and youth caught doing good deeds and playing safe in their community.

"The Brockville police are engaging youth this summer with the 'Good Deeds Citation,'" said community safety officer Greg Francis. "Our officers will have citations with us and will be issuing tickets to those kids we see having a good time, engaging in fair play, wearing their bike helmets, things like that."

Like Vinc Mulder in Centeen Park, who was caught wearing a bicycle helmet.

"I was a little bit scared, but then I was really happy," Mulder said after receiving his citation with a free ice cream cone from Cowan's.

"Thank you mom and dad for teaching me to wear a helmet," he added.

"I had about eight kids down here at (Centeen Park) this morning, they were all sharing some of their toys and things like that," Francis said. "A couple of them did have their bike helmets on when riding the bikes, it was great to see. We lined them up, we gave them their lecture for the morning on safety and they were just over the moon." 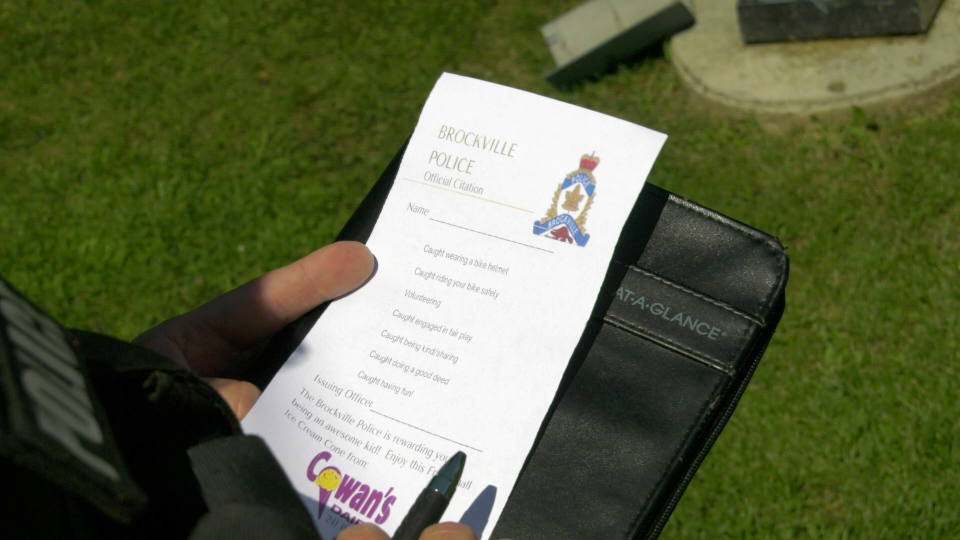 Melissa McCoo of Cowan's Dairy said this isn't first time the team has partnered up.

"We love to help out the community, we like to see families and kids having fun, enjoying their summer and anyway we can help in that is our goal really," McCoo said.

"We love seeing kids come in, especially when they are rewarded like this from the police," she added. "They come in and it just brings a lot of joy, they're very proud so it makes us very happy to see that."

"Brockville is a great town, we've got a lot of good kids," McCoo said. 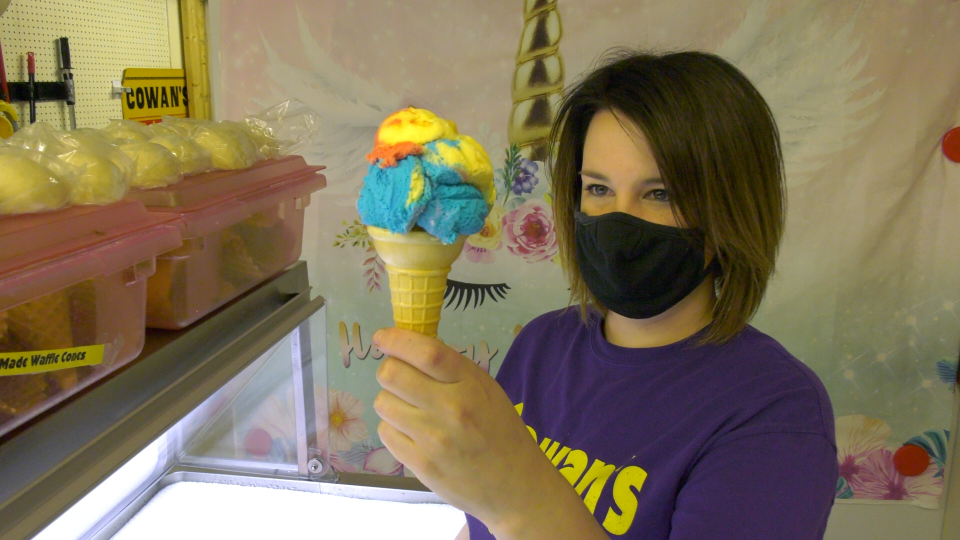 The most popular ice cream for kids at the moment os super heroes, which is a mix of banana, strawberry and blueberry.

Over in Hardy Park, Francis caught two young boys playing together and laughing.

"I think this is a citation for having fun," he said to Theo and Julian.

A great initiative, according to moms Pipsy Thomson and Melissa.

"It's really fun. I think it’s a nice way to build community between police officers and young kids that might be intimidated or scared of police so it's a nice way to connect," said Thomson.

"These little boys knew each other right from the baby age and we hadn't seen each other over the last year so when we do see each other it's all hugs and running around and big smiles," she added. 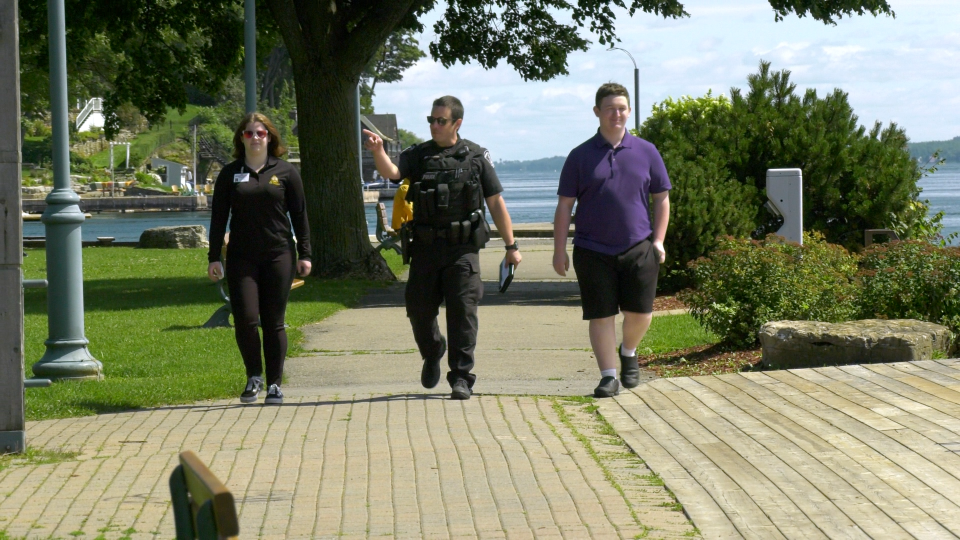 "I think it's nice to see some positivity in the town and encouraging kids to have fun again," added Melissa. "It's been hard, right? Being in lockdown for so long and now we're able to have fun and come out it's great to encourage that. And what better way than ice cream!"

"We've come across police just at the park and to be honest we've always had such a great experience in Brockville," she added. "They've always been so sweet and friendly with the kids and I think this is just another way to go a step further and interact with them that they are a safe presence."

"We have a great group of officers here in Brockville and we want to remind the youth that they can approach us anytime they have a problem." added Francis.

Officers will be handing out the good deed citations throughout the month of August.