BROCKVILLE -- One of North America’s fastest-growing sports has created division in Brockville, leading to noise complaints, verbal assaults and even vandalism.

Pickleball, a paddleball sport that combines elements of tennis, table tennis and badminton, is causing an uproar from neighbours who say the sport is too loud.

Players say they have been yelled at, their nets have been cut, and a new door has was installed because they were feeling unsafe. Both players and residents agree the courts should be moved elsewhere, but say the city is dragging its feet.

For homeowner Andy Mannseichner, whose house backs on the courts, the noise is the main issue.

"It's been overwhelming as a homeowner," he said. "When they allowed pickleball to come into this neighborhood, they really didn't test the noise levels of it at all, so it's been something of a real problem."

The courts were installed in 2018 over one of the two unused tennis courts along Stowger Boulevard, just before pickleball began surging in popularity.

"I know the whole neighborhood circling around the courts especially have struggled with it. It has impacted people very negatively," added Mannseichner, who has used a decibel reader to measure the noise.

"The noise seems to carry upward. I'm in a two story semi. I've gotten almost ninety decibels on it, 85 to 90, numerous times," Mannseichner said, "Ground level it seems to buffer it a little bit, but you know, our bedroom is facing them, so when they're operating 13, 14 hours a day it drives you crazy." The city has limited playing time on the courts until 6 p.m., but Mannseichner says that isn’t enough.

"It has given us a little bit of a reprieve,” he said. “But that still allows them for plenty of playing time, seven days a week."

Pickleball player Brian Branchard agrees the sport is noisy, but so are others.

"It's a social activity, right?" he said. "You can hear some laughing in the background, that's what sports are supposed to be, whether this was a designated hockey rink or basketball rink, You want to encourage that type of interaction and activity. That's what public parks are for.

"What's actually happened is there's been an explosion of interest and usage of these courts, So it's been a fantastic result," he added. "What's unfortunately happened as a result of the success and the usage is that there's been some noise complaints. We recognize that."

Players say courts should be moved

Branchard agrees with moving the courts to a better location, away from a residential area, where there could be better parking and possibly washroom facilities.

"There are a number of locations around the city that can be used in that manner that would take very little to transform," he said. “We actually would like to see a different location that didn't impact the neighborhood. We don't want to have confrontations.”

Branchard said verbal attacks have happened both on and off the courts, and a new doorway was added along the fence because of safety concerns.

"Unfortunately, it's become a very toxic environment, very divisive," he said. "Our nets have been slashed, a lot of our members are concerned if somebody goes to the extent that they've gone and actually verbally attacking people and cutting our nets, we don't know what could happen next." 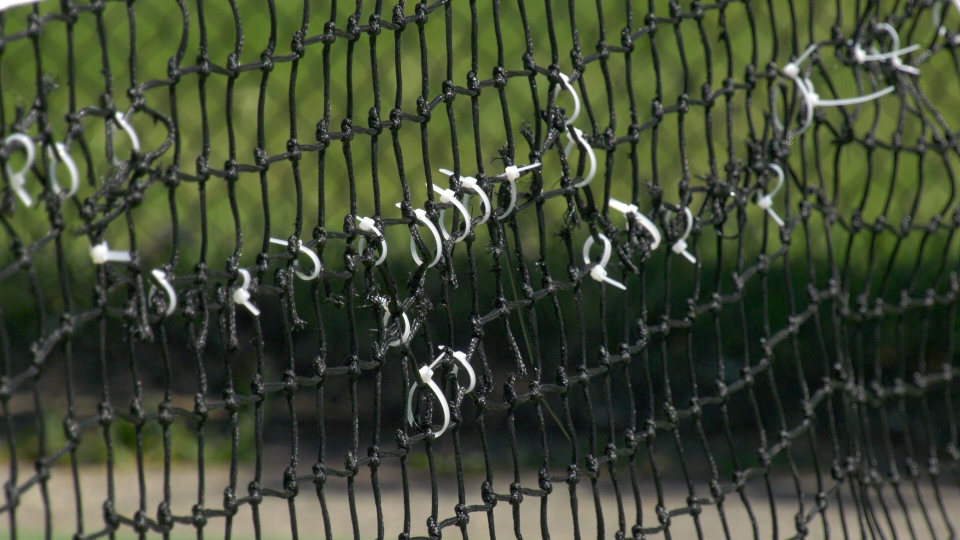 The Brockville Pickleball Association has around 340 members, with about 170 of them living in the city.

Branchard says some members have stopped playing at the Stowger courts and instead play out of town, in nearby communities such as Newboro or Lansdowne.

"We are concerned for our safety, and that is a major concern for a number of family members that have started to come out, but also just the general pickleball community," Branchard added.

"I'm disappointed in that," said Brockville councillor Leigh Bursey who lives in the neighbourhood. "I hate to see anybody feeling uncomfortable to be in the space that they are, regardless of a difference of opinion."

He said he’s heard the complaints and while he’s happy the underused tennis courts were given new life, he admits the fast-growing sport caught the city off-guard.

"What I think was something that very few of us expected, if any of us at all, was that this would blossom into such a heavily utilized space,” he said.”

"It can be very, very difficult sometimes to know where NIMBY ends and where serious issues begin," he added. "It's obvious that it's blossomed into something that I don't think any of us intended, and for the sake of the pickleball players and for the residents, I think everyone would like to see a common ground solution that that is amenable to both parties." 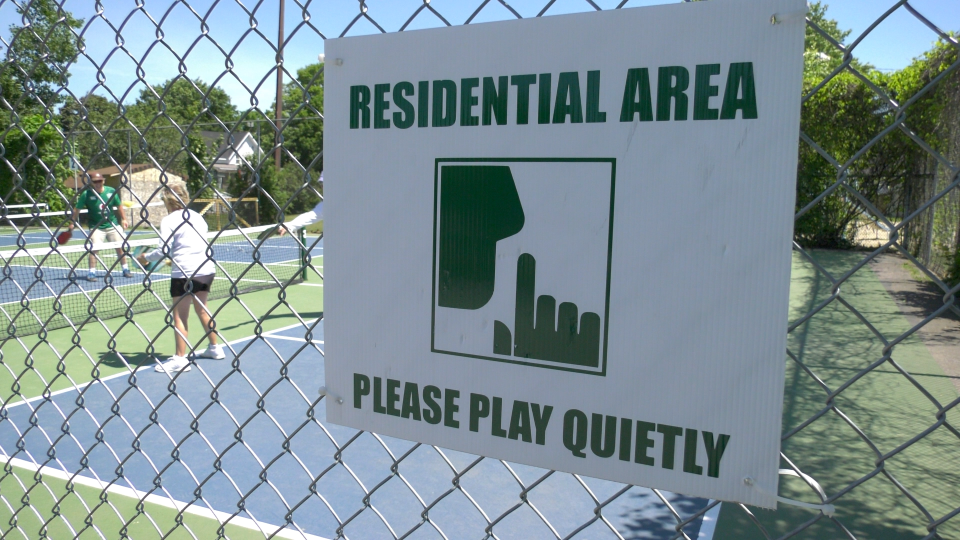 A few new location ideas have been proposed, including the YMCA or the Memorial Centre.

Branchard says the city should make a short-term plan to mitigate the noise, then find a new location for a designated pickleball facility that could welcome players from across the province.

"I've played in the U.S. and we get tournaments of 900-plus people," he said. "You can't tell me that the local businesses would not benefit from having a three day tournament with 900 people coming into the community."

Mannseichner says even limiting the playing time further would appease homeowners until another solution is found.

“I would love to see half and half situation where they're allowed to play three and a half days a week and we have three and a half days of quiet time," he said. "Beyond that, they have to move it. There's no doubt. I know the the pickleball players themselves would rather see it out of this neighborhood. So I think we could have a joint fight on our part."

Both Branchard and Mannseichner say the city has not adequately communicated about the plan for the courts.

Bursey said council is aware of the problem and working on it, and that all parties have been copied on correspondence from the city manager.

"I just hope everyone can get along," said Mannseichner. 'We could have a happy medium in the short term and I hope the city opens their eyes.”