At the Herbison race shop northwest of Brockville, Ont., its go time.

The third generation racing family is making sure their race cars are ready for Saturday night's season opener at the Brockville Ontario Speedway.

Racing in this family dates back to the 1960s, with his grandfather George. His father Chris began racing in the 90s and signs of success, including many trophies, are scattered throughout their garage.

"Everything I've got is to do with racing. Everything is about racing so that's all that matters," Jarrett said.

The team usually competes two-three nights a week at different tracks in Canada and the United States.

But just like everything else lately, costs have increased to enjoy this hobby, from racing fuel to tires.

"It's the little things like your tires, your fuel, your nuts and bolts throughout the car," he added. "Your shock repairs, stuff like that will really add up in a hurry."

"You've got to be smart with the costs of stuff today or else you're going to be in a lot of trouble in a hurry," said George, remembering racing costs from years past.

While more expensive, racing tires are also harder to come by, with the industry in the middle of a tire shortage due to supply chain issues and a labour shortage. 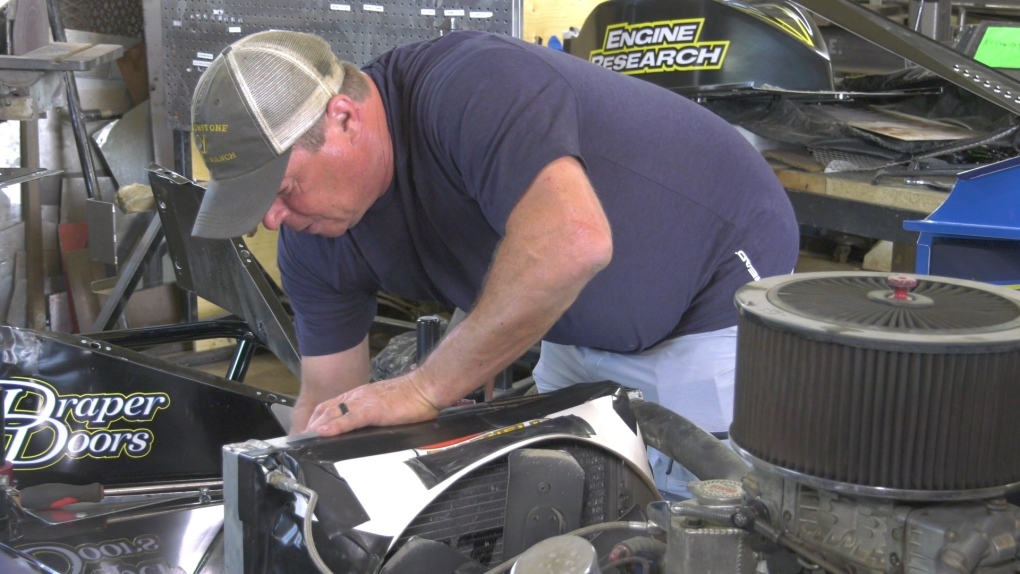 Some Canadian suppliers are limiting race teams to one right rear tire every three races, making it tough for racers to stay competitive.

"Chances are there is one week I'm going to be really good, and the next two weeks I'm not going to be as good because that right rear tire is so critical," said Chris.

To offset some costs, the family says they will race less and stay closer to home this year.

"Last year we tried to run Cornwall as well as Brockville and obviously, it's double the cost," Chris said. "This year we're going to concentrate solely on Brockville and then that way you don't have double the costs. It doesn't cost you a new tire every night, you can get away with a little bit longer and it works out a lot better."

"Maintenance on the trucks, everything has gone up," Chris added. "It doesn't matter if you're doing an oil change or putting tires on it, everything has increased so you really have to start thinking how far you want to go, and what you want to do. It's hard."

George says the team will also continue what they have always done to save money in this sport over the past six decades.

"Most of our stuff has always been used, very seldom do we ever have brand new stuff," he said. "We buy what we can afford to buy, that keeps you in the sport longer and the stuff we buy we make sure it's going to be a competitive piece. That's the whole secret to it." 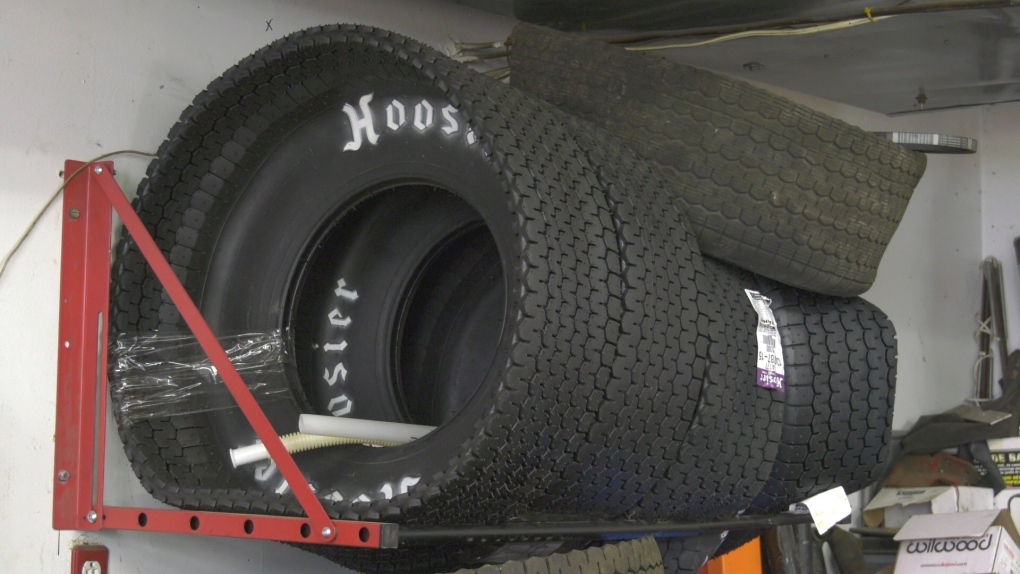 New tires on a race in the race shop. (Nate Vandermeer/CTV News Ottawa)

Sponsors have also stepped up to help the team, like Polite Sand & Gravel, and Limestone Limousine.

"Everybody has been so good in making sure that we get what we need to be competitive on the track and that's really helped a lot," Chris said. "If you can get the car up front and in victory lane, that gets their heart pumping and they love it and then they feel like their investment is worth while and that's why we do it."

The family says they have no intentions of quitting the sport, racing is in their blood and it will stay that way.

"Honestly, if I could make it to 30 years racing I'll be happy," Chris said. "That's only two-three years away. I don't want to quit. I don't know any better right? That's all we ever done and we quite enjoy it. It keeps our family together."

"We'll be out there, it doesn't really matter," Jarrett smiled. "Six years ago I was spending all my money on race cars and I couldn't afford a junior chicken!"

"I get done work and the first thing I do is come up here and work all night until 11:00 o'clock on my race car," he added. "It's what I love to do and I look forward all week to get out on the track."

"Once you get hooked on it, you just can't stay away from it," George smiled.

Researchers in British Columbia say the province's endangered southern resident orcas have not been getting enough food for years, with some of the worst bouts of hunger occurring since 2018.