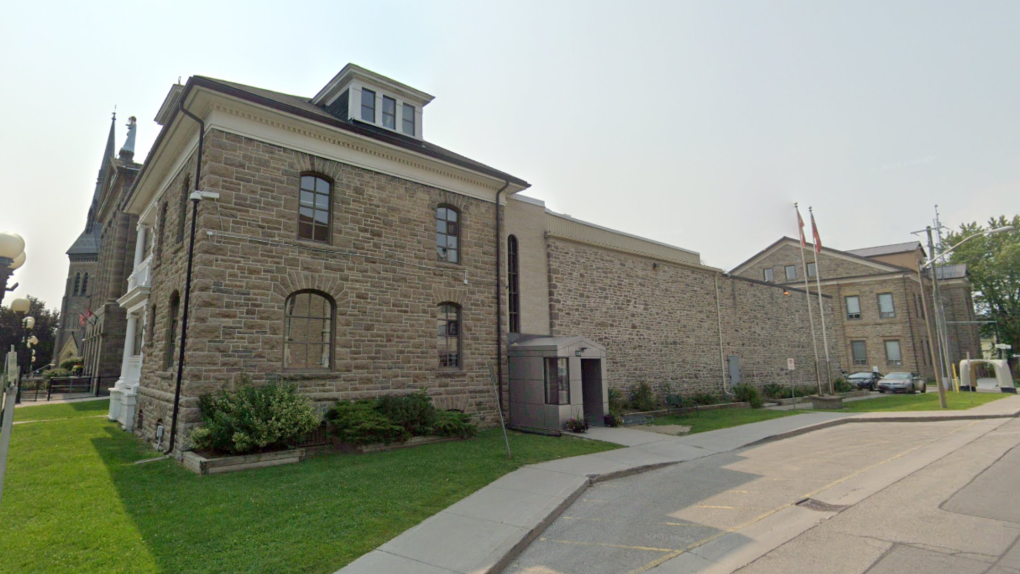 All inmates have been transferred out of the Brockville Jail due to a COVID-19 outbreak. (Google Street View)

All inmates at the jail in Brockville, Ont. are being transferred out of the facility due to a COVID-19 outbreak.

The inmates are being transferred to a larger jail, the Central East Correctional Centre in Lindsay, Ont., according to a memo from the jail’s superintendent.

Any new admissions who would have come to Brockville will instead by redirected to the Ottawa-Carleton Detention Centre for at least the next 14 days, the memo said.

The Brockville Jail has a capacity of 44 inmates and is the oldest operational jail in Ontario.

It’s unclear how many inmates are being transferred out. The latest data from the Ministry of the Solicitor General shows two cases at Brockville’s jail as of the weekend.

A spokesman for the ministry said the Leeds, Grenville and Lanark District Health Unit declared the outbreak, and local authorities determine case thresholds for an institutional outbreak.

"Out of an abundance of caution, the ministry is proactively transferring inmates from the Brockville Jail to other provincial correctional facilities where they will be placed on droplet and contact precautions and isolated from the rest of the inmate population," a ministry spokesman said in a statement.

“The transfer of inmates from the Brockville Jail will help reduce potential further spread of the virus among inmates and staff at the facility, while the facility undergoes a deep and thorough cleaning."

The ministry is testing all inmates and staff to complete contract tracing to determine high-risk contacts, the spokesman said.

Jails have borne a heavy brunt of the COVID-19 pandemic, with advocates saying the province needs to do more to reduce the jail population.

“This is a disaster waiting to happen,” said Justin Piché, a criminology professor at the University of Ottawa. “The police, courts and SolGen needs to do all they can to depopulate Ontario jails to prevent COVID-19 transmission that undermines public health and reduce exposure to segregation-like conditions that undermine community safety.”

Piche said callers to the JAIL (Jail Accountability and Information Line) hotline, which takes calls from Ottawa-Carleton Detention Centre inmates and their loved ones, have reported triple-bunking in some areas of the facility for weeks, including the quarantine range for newly-admitted prisoners.

“The province, along with its municipal and federal counterparts, need to treat this like the emergency that it is and ramp-up community resources for criminalized people like housing, income and employment supports, health and mental health care, and other necessities to enhance public health and community safety at this critical time.”

The outbreak is one of several at Ontario jails in the past few weeks.

More than 2,600 COVID-19 cases have been linked to Ontario’s jails during the pandemic as of early December.