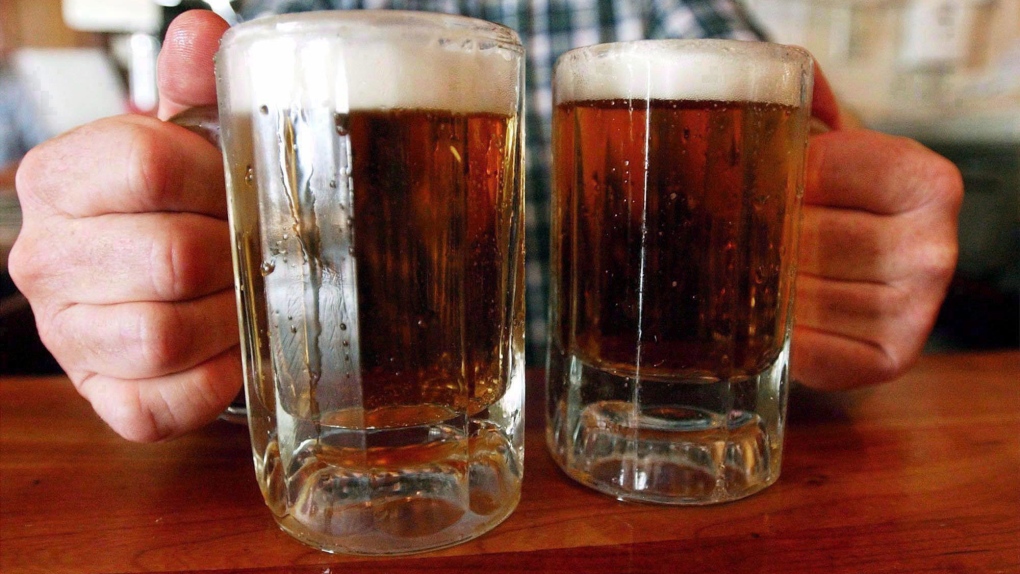 A bartender serves two mugs of beer at a tavern in Montpelier, Vt. The Canadian Food Inspection Agency is holding consultations over the summer about an updated Canadian definition of beer - what can go in it, sugar content - and new labelling rules for brewers. THE CANADIAN PRESS/AP/Toby Talbot

They might work in different provinces, but two brewers in the National Capital Region are sharing a product that is bigger than a pint.

Starting July 12th, consumers can purchase the Gerard Comeau beer at Brasserie du Bas-Canada in Gatineau and Ottawa's Flora Hall Brewing. To make this collaboration work, brewers from both businesses had to swap shops on brewing day and create their product at the same time.

"It's two small breweries getting together for a crazy product to prove a point to say our commerce laws involving alcohol are crazy," said Marc-Andre Cordeiro Lema, the owner of Brasserie du Bas-Canada.

Provincial laws around the sale of beer make it extremely complicated and expensive for microbreweries to sell outside their own province.

"For me to sell my beer in a bar over there, forces me to deal with the SAQ," said Dave Longbottom, owner of Ottawa's Flora Hall Brewing. "Pricing would be complicated and in the end, it turns out to be bad business."

The two brewers named their beer after New Brunswick native Gerard Comeau. He was arrested and charged in 2012 for buying alcohol in Quebec to bring back over the border into New Brunswick. His case went all the way to the Supreme Court where he eventually lost.

"These restrictions that we are experiencing between Ontario and Quebec are the same that Comeau experienced," said Longbottom. " They are the same at every border."

Right now the beer is available in limited qualities, but neither brewer is ruling out a second batch. In fact, Longbottom said he is open to creating the Comeau again in partnership with brewers outside Quebec.