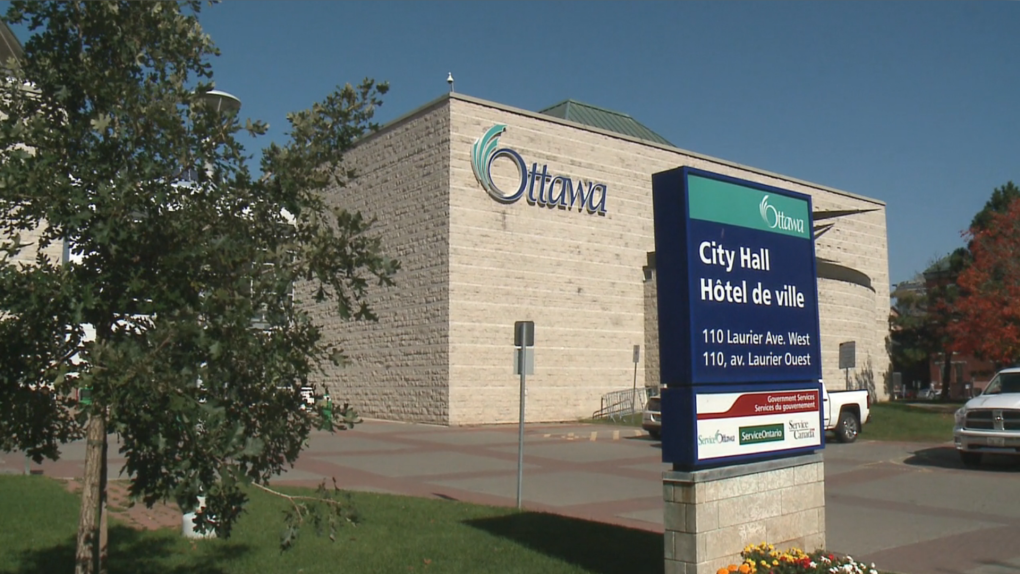 OTTAWA -- The number of public speakers at City of Ottawa committee meetings rose in 2020 compared to 2019 as committees shifted to Zoom amid the COVID-19 pandemic, but the increase is largely driven by the two most powerful committees.

According to figures from the office of the city clerk, the overall number of public delegations at Ottawa's standing committees, subcommittees and transit commission went up 33 per cent in 2020 compared to 2019, while the average number of delegations per meeting rose by more than 50 per cent.

However, this is largely due to jumps in activity at planning committee and at finance and economic development committee (FEDCo). Other standing committees, sub-committees, and the transit commission actually saw an overall drop in engagement in 2020 compared to 2019.

The pandemic put a halt to in-person committee and council meetings. Zoom became the platform of choice from May onward, as meetings once held at Ottawa City Hall moved online. Public speakers who would normally make the trip downtown became able to connect from home, provided they had the requisite technology.

Councillors have made note, in response to questions from CTV News Ottawa, of an apparent increase in engagement from the public following the shift to virtual meetings. Barrhaven Coun. Jan Harder told CTV News Ottawa in an email that committees are seeing "far higher numbers engaging" and Stittsville Coun. Glen Gower said that there have been "some big advantages and improvements to meeting accessibility via Zoom."

"People are able to come out that may not have ordinarily been able to make their way to city hall to come out for a meeting and have their say. I think that's very positive for democracy overall," she said.

"The number of public delegations that speak at committee meetings can depend on a number of factors, including but not limited to what items are on the agendas," she said in a statement to CTV News Ottawa.

For example, transit commission saw a decrease in public participation between 2019 and 2020. There were 70 public delegations to nine meetings in 2019—the year that the Confederation Line LRT launched—and 31 delegations to 10 meetings in 2020. Public transit use plummeted in 2020 as the pandemic shuttered businesses and kept downtown workers home in large numbers.

Meanwhile, FEDCo saw the number of public delegations jump from 60 over 10 meetings in 2019 to 99 over 11 meetings in 2020. One of the biggest items was the Lansdowne annual report, which brought 41 delegations to the meeting on Nov. 12.

A joint meeting of the planning and agricultural and rural affairs committees to discuss the city's Official Plan, held May 11, 12, and 13, heard from 93 delegations. These were among the first public meetings to be held via Zoom in the wake of the pandemic.

"The joint meeting was more or less the ultimate litmus test as to whether or not my office could host and support a public meeting and have residents provide their submissions live via technology," City Clerk Rick O'Connor said following the multi-day marathon meetings. 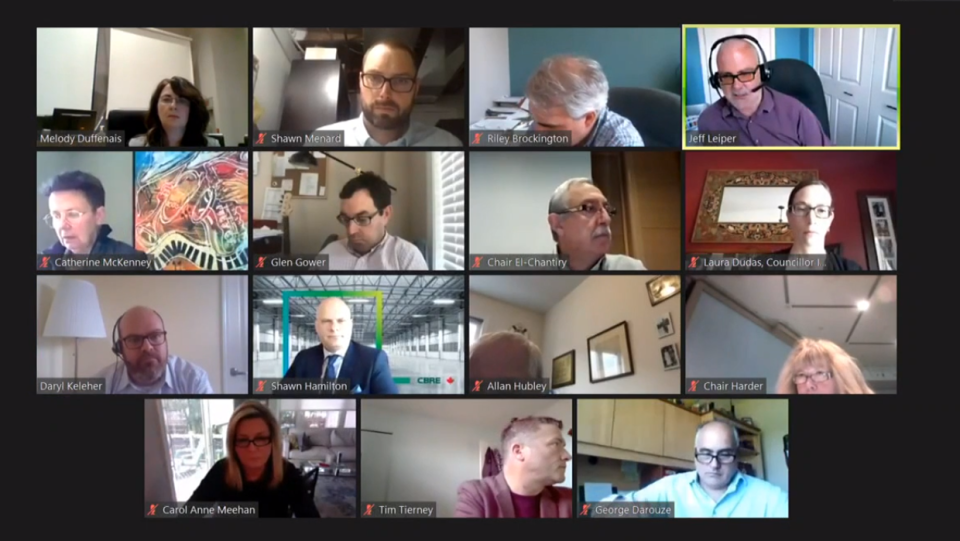 Citizens who've spoken to committees said Zoom made participation easier, but there was a common refrain of whether councillors or committee members were listening.

"I was able to participate in more committee meetings due to Zoom, but speaking for myself, it's hard to be engaged and stay engaged when the decision-makers' minds are already made up," Laura Shantz said on Twitter.

"One of the bigger challenges is not knowing where you are on the list to speak; that those council/committee members are listening (and not playing on phones or otherwise ignoring) and the ability of the chair to cut off/mute the speaker unfairly," wrote Toon Dreessen. "But the biggest issue is same in person/zoom: that as citizens we have to wonder if our voice matters? Many appear to have their minds/votes made up for them in advance; does citizen engagement matter at all? Should we have faith and trust in the process?"

Miranda Gray has been attending meetings at city hall regularly since 2016. She tells CTVNewsOttawa.ca that Zoom makes it easier for a variety of people who may not otherwise engage with committees to have their say.

"Zoom is better for people who can't take the day off work to attend a meeting, who need child care or who have to travel to city hall," she said. "It's better than paying for the bus or finding a neighbour to look after your kids so you can have your five minutes to speak. People might also be intimidated by going through security. Zoom doesn't have that."

"There's been much more diverse participation with Zoom. A lot of affordable housing issues have been discussed and we're hearing more from that perspective. Their going to city hall isn't likely to happen because of the cost to travel or take the day off."

However, she said that councillors and committee members miss out on seeing the engagement of others who may not be speaking.

"It's easier in person for the chair to see 40 people sticking around to hear from delegations. On Zoom, you can't tell that there's a large crowd that wants to hear those things. The good thing about going to City Hall is you can see people."

Gray said Zoom meetings can be "visually gruelling" but she also said Zoom made the level of response to community delegations, or lack thereof, more apparent.

"What's become more apparent is how frequently some delegations are asked substantive questions," she said. "Developers often get many questions, which gives them more time to respond and clarify, whereas community groups sometimes only get a thank you. For first time delegates, to not be acknowledged with questions is disheartening."

Gray said a return to the pre-pandemic status quo is not preferable, but she is concerned that a hybrid model might lead to committee members paying less attention to electronic participants versus those in person, once in-person meetings resume. She added that some financial assistance could help too.

"The cost of parking for eight hours at city hall, as you wait for your chance to have your five minutes to speak, is astronomical," she said. "One change could be reimbursement for delegations."

Committee meetings have been virtual for the entirety of 2021 and there are signs that engagement is trending higher at some committees.

From January to July 2021, data from the city clerk's office show there have been 445 delegations to 58 meetings of the various standing committees, sub-committees, and transit commission. Planning leads the number of delegations, followed by FEDCo, with the latter having already seen more public delegations in the first half of 2021 compared to all of 2019.

Other standing committees are seeing overall numbers of public delegations comparable to all of 2020 in the first half of 2021.

Subjects that brought public speakers to meetings in 2021 include the review of the city's urban boundary, the controversial grant to a proposed Porsche dealership on Montreal Road, and the 2022 budget directions, which include a police levy of up to three per cent.

Exactly when councillors and other committee members will return to Ottawa City Hall for in-person meetings is unclear, but meetings will continue to be virtual over the summer.

"The Office of the City Clerk is currently reviewing plans for the fall and anticipates communicating recommendations to Council in this regard later this summer. Meetings will continue to be held virtually through the remainder of the summer, and until further notice," a statement from the city clerk's office said earlier this week.

Ottawa City Council is on summer break and won't meet again until Sept. 8, but there are some committee meetings scheduled for late August and early September.

Speaking on CFRA, Gower said there are pros and cons to virtual meetings.

"As a resident who used to make presentations at committees before I was elected, I think it's far more convenient to be able to tune in remotely and participate via Zoom than to have to take a whole day off work sometimes, come to planning committee, and sit there for hours and hours and not know where you're going to be up," he said. "We do have to acknowledge, though, that not everybody has a reliable internet connection or access to Zoom. Whatever we do, we have to recognize people are going to have very valid reasons to want to participate in person and also to be able to take part online, as well."

2020 (virtual participation from May through December)

January to July, 2021 (virtual participation only)