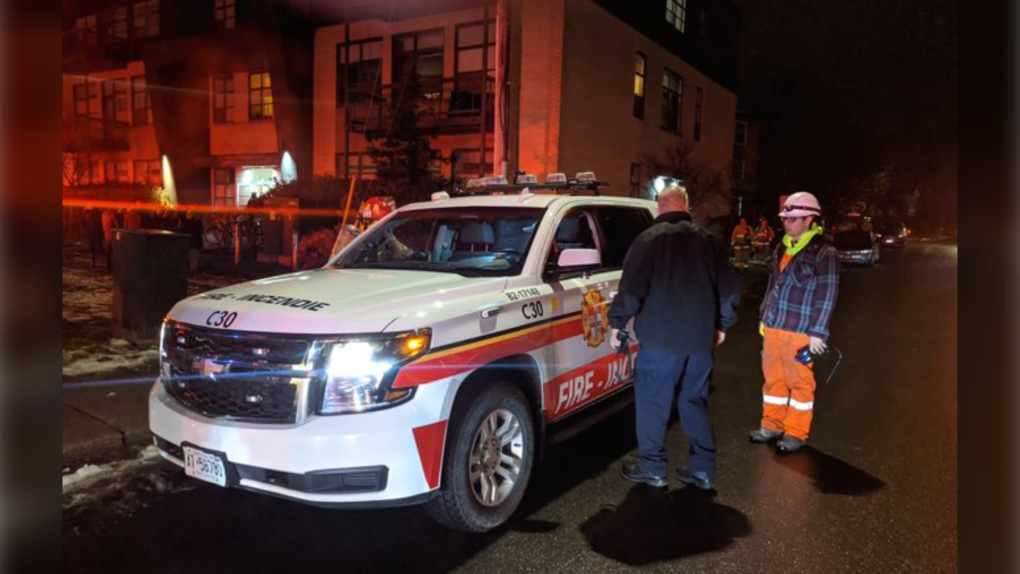 OTTAWA — Ottawa Fire says the boiler system in a three-storey building in Vanier appears to be the source of a carbon monoxide leak that was reported early Friday morning.

Firefighters were called to 345 St. Denis St. just before 6:00 a.m. on reports of alarms coming from some of the units.

A low-level of 50 parts per million of carbon monoxide was detected throughout the building. 53 units were evacuated. Residents took shelter in OC Transpo buses.

Firefighters found a very high CO level of 700 ppm in the boiler room. The boiler was deactivated and the building was ventilated before residents were allowed to return home. The Technical Standards and Safety Authority will be on scene later Friday, Ottawa Fire says.

Fire officials say some tenants experienced mild carbon monoxide exposure symptoms and were assessed by Ottawa Paramedics; however, none of the residents were taken to the hospital.

Ottawa Fire says the condo building was once a school.

Ottawa Fire on scene of a suspected Carbon Monoxide leak at 345 St. Denis Street in Vanier. This is a 3-strorey residential building containing 53 units. Residents have been evacuated and are sheltering in OC Transpo buses. #lottnews #ottcity #ottawafire pic.twitter.com/73XJ6kE2QF

The source of the Carbon Monoxide leak at 345 St. Denis Street has been identified and rendered safe by @enbridgegas. Firefighters ventilated the building, Haz-Mat confirmed air quality is normal and residents have returned to their units. #ottnews #ottcity #ottawafire