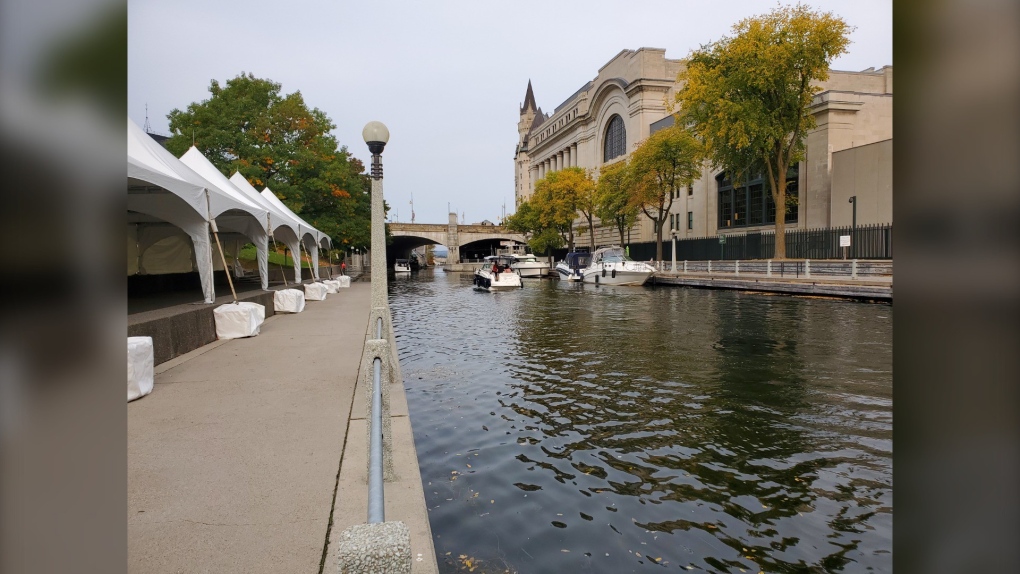 Boat traffic is down 50 per cent at the Rideau Canal Ottawa Locks this summer. (Josh Pringle/CTV News Ottawa)

OTTAWA -- Boat traffic was down by nearly 50 per cent at the Ottawa Locks this summer, as the COVID-19 pandemic and travel restrictions kept many boaters docked.

The Rideau Canal locks opened to boaters on June 1, two weeks later than usual due to the COVID-19 pandemic. Usually, the boating season on the Rideau Canal opens for the Victoria Day long weekend in May.

Parks Canada says there are many reasons for the nearly 50 per cent drop in boat traffic at the Ottawa Locks this summer.

"It is important to note that this year the Rideau Canal delayed opening to visitors until the first of June in response to the novel coronavirus outbreak," said Valerie de Winter, Communications and Media Relations Officer with Parks Canada.

"Additionally, the Carillion Canal was closed which resulted in less traffic on the Ottawa River, the entrance point for the Ottawa Locks. This, combined with the resultant travel restrictions, helps to contextualize the difference in visitor volume."

The locks along the Rideau Canal remain open until Thanksgiving Monday.