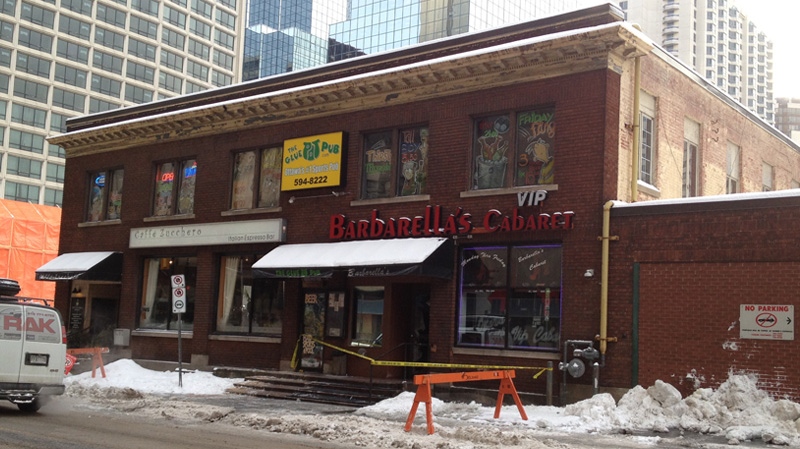 A blaze at a downtown Ottawa strip club was likely the work of an arsonist, according to Ottawa fire investigators.

Fire crews were called to Barbarella's Cabaret on Queen Street near Lyon Street around 4:30 a.m. after reports of a fire in the foyer of the club.

Queen Street between Lyon and Bay streets was closed for a short time as crews battled the blaze.

Investigators say they found a sledgehammer and gas cans at the scene.

Damage estimates are not yet known.