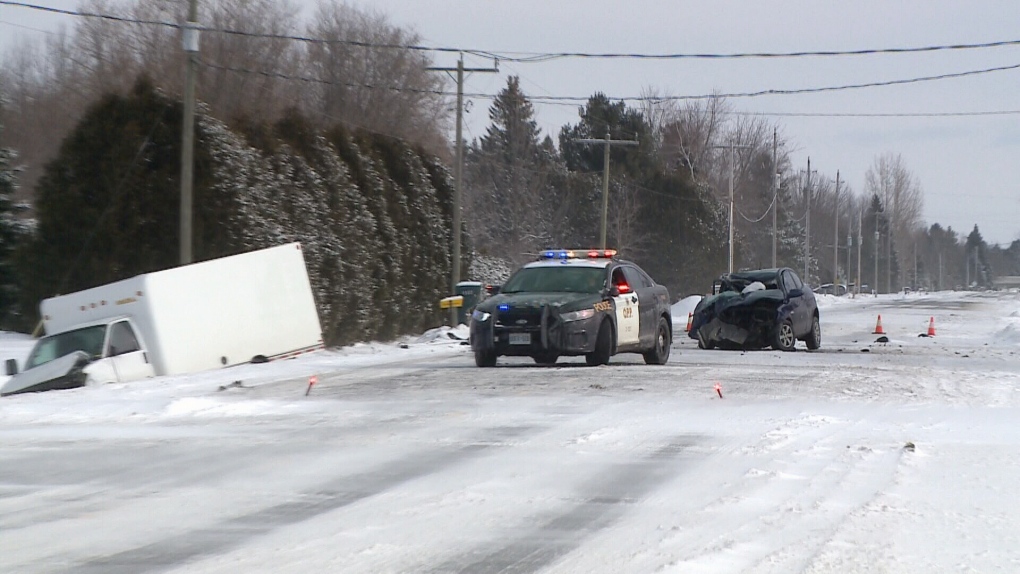 Route 500, between Casselman and Limoges, was closed for most of today after a head-on crash between a car and a truck.

This winter hasn’t brought a lot of snow to Ottawa, and judging by the number of collisions in the region during this storm, it appears many have forgotten how to drive in it.

A head-on crash, between a car and a small truck, closed Route 500, between Limoges and Casselman, east of Ottawa, for most of the day.

Rejean Leclerc, of Casselman, witnessed the collision, and initially thought the driver of the car was his granddaughter.

"I pried the door open and started talking to the driver,” says Leclerc. “She was shaken up but was responding.”

The driver of the car is being treated in hospital for serious injuries.

At midday, a multi-car pile-up on the west-bound 417 near the Vanier Parkway, closed two lanes and left traffic backed-up for several kilometers. There were no reports of serious injury.

In all, there were more than 170 crashes in the Capital in the past 24 hours. Fortunately, it appears none resulted in a fatality.