Bicycles for Cuba: Two-wheeled lifelines for a pandemic-weary country

OTTAWA -- If you have a bicycle you’re no longer using, Bill Ryan wants to hear from you.

"Most of the people donating to us have bikes that have been in the garage for many, many years," said Ryan.

"They’ve thought about selling them and instead they decide it would be better if they went to a good cause."

Ryan’s cause is helping people in need in Cuba.  The nation is struggling; the pandemic causing suffering and heartache.

"There’s a shortage of everything in Cuba because of the pandemic. Also, the economy’s shut down because there are no tourists," said Ryan from his home between Carleton Place and Smiths Falls.

"There’s a lot of support in Canada for Cuba.  A lot of people are working to send medical supplies that they need during the pandemic.  I wanted to do something to help from my backyard," he said. 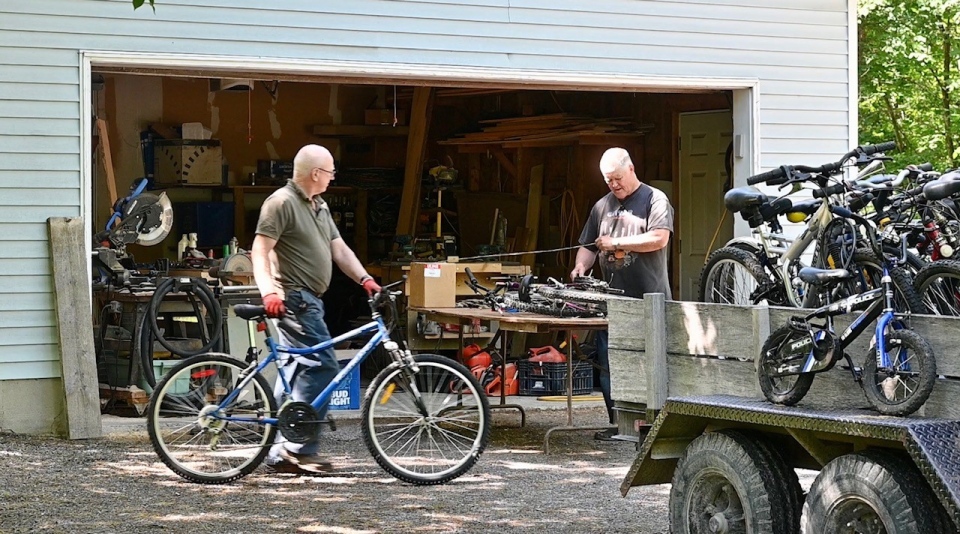 Ryan and others in the Upper Ottawa Valley, Kingston and Alexandria are collecting used, unwanted bicycles for the people of Cuba.

"I know there’s a huge demand for bicycles in Cuba.  They use them to go to work, to go shopping, and nowadays, they have to go farther to find their food because a lot of the stores are empty," said Ryan.

"They need as much help as we can provide.  A bicycle will help one family and probably an extended family to get through the pandemic."

Ryan is appealing to residents of eastern Ontario for help.

"If people have a bike and it’s been sitting around unused for a while, then call me. Every day, we get a couple of calls. And the more the word spreads, the more calls I get."

"Ryan has already collected about 100 bikes.  He and friends, Eric Labelle and John Cameron, ensure the bikes are in working order before getting them ready to be loaded into a shipping container destined for Havana.

"We make sure everything functions.  We’re not washing them or shining them up.  Some of them don’t need it.  Some of them are brand new.  I picked up two bikes this weekend in Ottawa and I swear they had never been ridden," Ryan said.

"Our target, initially, was about 200 in a small container. Now we’ve expanded that to a large container. We’ll likely go three to four hundred, or higher. Whatever the number is, we’ll get them there.” 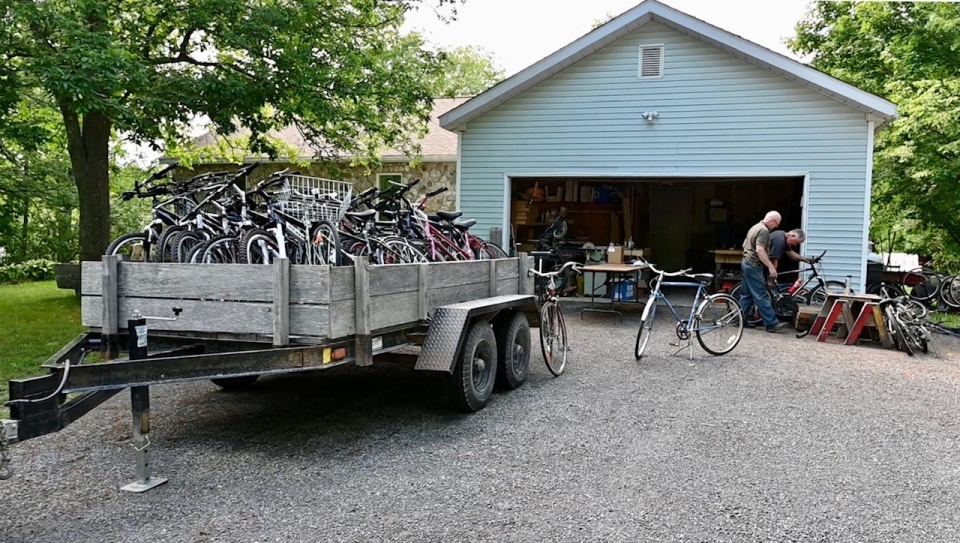 This isn’t Bill Ryan’s first humanitarian effort devoted to the people of Cuba.  In his basement workshop, he recently handcrafted and donated 600 baseball bats to amateur and pro players in the country.

Ryan has vacationed in Cuba for years. He has many friends and contacts who will help deliver the bikes to people in need.

"The bikes will go across the country, but the need is tremendous," said Ryan.

"Unfortunately, if we had a million bikes, they would find a million homes."

"Our plan is to collect bikes until the end of August.  We’ll organize in early September and ship early in October—before the snow flies," he said.

It’s a small act of giving here in Canada, welcomed by a grateful nation worlds away.

"What goes around, comes around," said a smiling Eric Labelle.

"This is certainly going to help them out."

To donate a bicycle, or to offer financial support, Bill Ryan asks that you call him  at (613)284-0254 or email cubacanbikes@gmail.com. More information is available at www.cubacanbikes.ca.