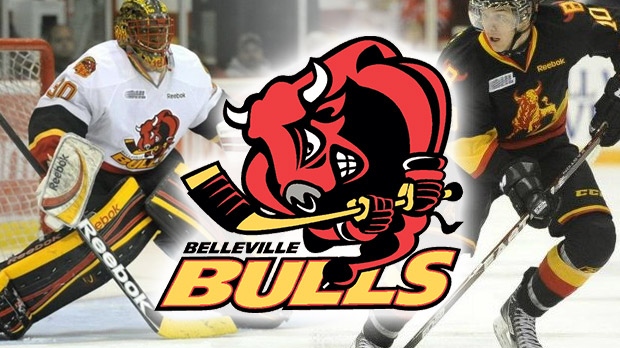 Niki Petti scored his first career goal in the Ontario Hockey League as the Belleville Bulls defeated the Ottawa 67's 5-3 on Saturday night.

Steven Janes and Sean Monahan scored on the power play for Ottawa (1-4-0) while Brett Gustavsen scored even strength.

Malcolm Subban made 29 saves for the win while Jacob Blair turned away 41 shots in defeat.

Belleville's power play looked solid early on in the game. After getting a flurry of chances, Silas finally converted with a wrist shot from the top of the faceoff circle that got past Blair.

Despite being outshot 16-5 in the first period, Ottawa managed to tie the game up at 1-1 with a power-play goal of its own just 41 seconds into the second period. Janes picked up a loose puck deep in the slot and wired a low wrist shot past Subban.

Hooey responded with his first of the year late in the period for Belleville.

Both teams broke things open in the third period, starting with Gaunce and Zharkov scoring goals less than a minute and a half apart for the Bulls.

Monahan and Gustavsen both scored for the 67's, but Petti scored an insurance goal to put the game out of reach.

Both clubs went 2-for-4 on the power play.