BELLEVILLE, ONT. --  A Belleville, Ont. woman has put together one of the largest puzzles in the world in what she believes is record time.

The Ravensburger Memorial Disney Moments Puzzle has 40,320 pieces. The company says it is one of the largest puzzles in the world, as listed by Guinness World Records, due to the number of pieces and size.

An avid puzzler, Olive says after hearing the record, she knew she wanted to tackle it.

"I thought 'well that (time) seems really high', I definitely think I can beat that," she says. "Then it became a question of: how much can I beat that by?"

To do it, the 24-year-old took nine days off of work, and live-streamed the whole thing online. 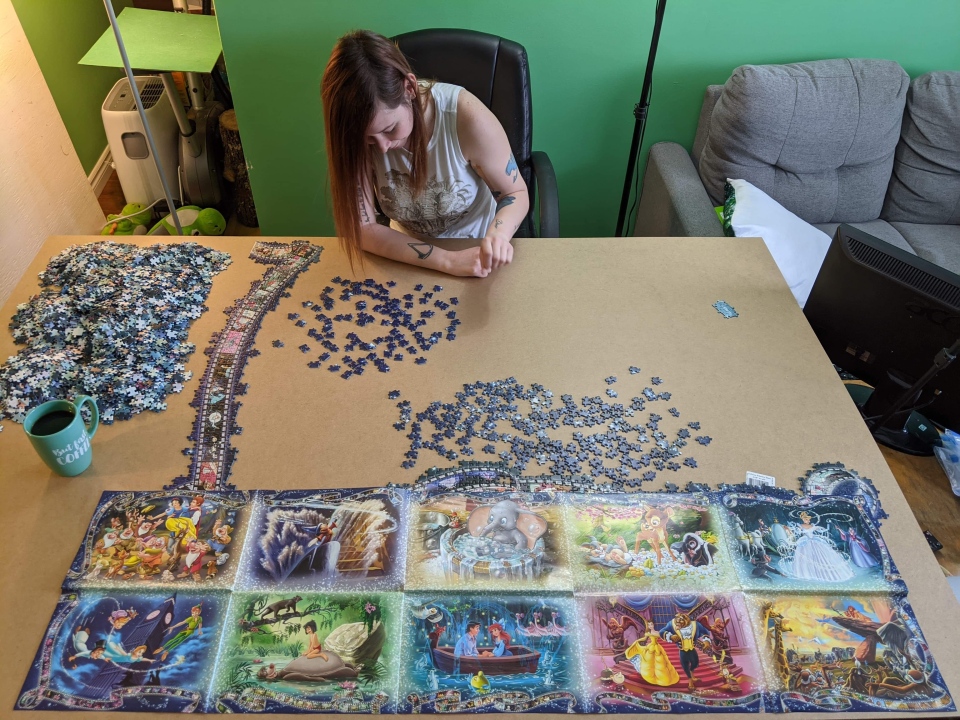 The puzzle weighs more than 40lbs, and stretched the length of her apartment living room.

She says she went in with a plan of action.

"I didn’t want to leave something really, really hard to the end, when you're burnt out and think 'this needs to be done,'" she laughs. "We just decided strong start out of the gate: do a hard one, easy one, hard one, that knocked off the only two time consuming ones... and from there we actually let the viewers vote on what they wanted to see next."

Her friend Casey Chouney was there through the whole nine days. He jokes that even as a viewer and supporter, the days were "long."

Chouney says watching her was nothing but quick motions.

"I don’t think she’s seeing the puzzle pieces but a pattern in the pieces," he says. "There’s got to be something in her brain that knows it’s going to that piece." 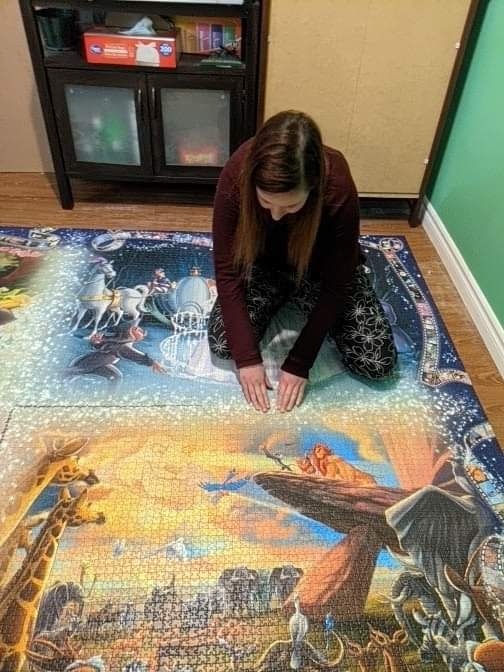 Olive says the hardest part was the Peter Pan puzzle.

"With all the blue, very little break up with just the kids flying around," she says.

Next, she will send all the online video footage to the Guinness Book of World Records, to hopefully make it official.

"I don’t know if they’re going to make some poor soul sit down and watch all the footage but they might, and we’ll see what they say. Hopefully they give it to me."

Regardless Olive says, it was worth it.

"I would do it again in a heart beat. It was beautiful, the colours is amazing in it, they really did an outstanding job," she explains.