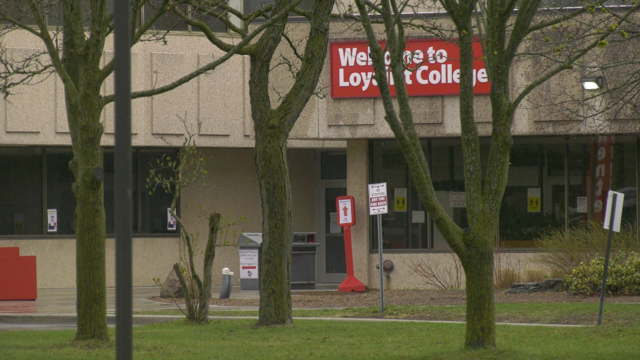 BELLEVILLE -- As the Ontario government prepares to prioritize the COVID-19 vaccine roll out to hard-hit areas of the province, those in regions that will see less doses available are feeling the pinch.

On Thursday, Hastings-Prince Edward Public Health Unit issued a statement calling on the government not to reduce its supply of vaccines. It said that it’s expecting the region's supply in the coming weeks to be cut by 25 per cent, and will result in cancelled appointments.

"While we are not the only health unit suffering from a lack of vaccines, the change in provincial strategy will further delay vaccine rollout in our region and will increase pressure on our already strained local health care resources," says Dr. Peter Oglaza, medical officer of health at Hastings-Prince Edward Public Health..

Resident Dave Mitchell drove down to the region's mass vaccine clinic to make sure his appointment for next week, was safe.

"Said there isn’t going to be any problem for two weeks," he says. "Which means they’re not going to run out for two weeks or change appointments and so on. That’s what I got from that and that’s all I wanted."

The province is planning to move more vaccines into areas with higher levels of infection.

That means regions like Prince Edward County, and Belleville, which fall under the Hastings-Prince Edward Public Health Unit, will have to make do with less for now.

On Thursday, Dr. Kieran Moore, the medical officer of health for neighbouring Kingston-Frontenac-Lennox and Addington, told CTV News Ottawa he felt that that region had received its fair share so far.

"For equity redistributing to the highest risk areas makes sense to me."

The Hastings-Prince Edward Health Unit says people 55 and over can continue to book vaccines at pharmacies in the region without delay.

Mitchell says while he understands the need to focus on hot spots, for him, knowing his appointment is safe for now, comes as a huge relief.

"Here I am building everything up, looking forward to this, and if it doesn’t happen I’m not going to be happy," he says.