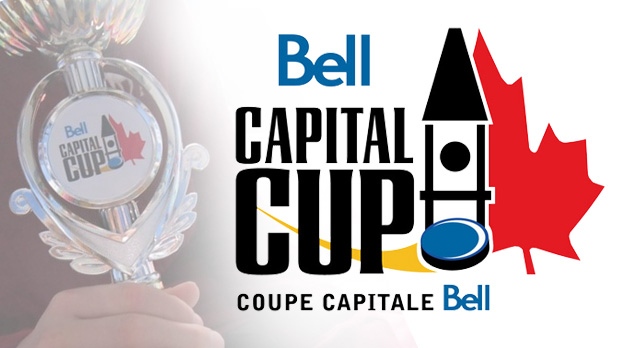 For many players on the Capital City Condors hockey team, hitting the ice at the Bell Sensplex Saturday afternoon was a dream come true.

“I’m glad I’m here and having fun here,” said Aaron Macdonald, who plays on the team with his twin brother Taylor.

The Capital City Condors is made up of players with physical or intellectual challenges.

The team is participating in the Bell Capital Cup for the first time in the history of the tournament.

“Some of the comments the kids say is 'it’s amazing to be at a tournament where everybody's just like me' so that has a value that goes beyond what we can describe,” said Capital City Condors co-founder Jim Perkins.

Some parents on the team said the excitement about playing in the tournament began very early.

“Kyle got up this morning and about every five minutes has asked me before coming 'is it time to leave yet?'” Sharon Lafreniere said of her son. “The enthusiasm that he's being part of this large team that gets to play with all these other kids, he's just off the top."

“He walks around with his hockey stuff 24/7, his dream came true,” said Debbie Cameron, of her son Derek.

The stands were packed for the game against another Condors team.

“Those guys have always been in the stands watching and this is a real opportunity the Condors have given them a chance to be in the big league and play with their brothers watching, it's pretty special,” said Bruce Macdonald, Aaron and Taylor’s dad.

For many players, this day was a chance to develop confidence.

“It's teamwork, it's playing together it's playing Canada’s national sport and as a result of that they feel like they are 'normalized' and it's a neat feeling,” said Darlene Macdonald.