CORNWALL, ON. -- A car horn cuts through the late day humidity in downtown Cornwall, surprising an older gentleman stepping off the number 3 bus.

It's nothing to be concerned about, however.

A woman sitting in a silver sedan at the Cornwall Bingo Center parking lot has gotten a bingo, notifying staff with a short honk.

For owner Kim Ladouceur, the idea came after stage two of Ontario's reopening was announced and she heard drive-in theatres could operate again.

"The drive-ins started back up, so we were like, hmmm, drive-ins? Maybe we can do a drive-in bingo," Ladouceur said, passing out bingo cards to people outside as they arrive.

The centre held its first game on June 22 after being closed for almost four months. Since then, about 70 players have shown up nightly, between 5 and 8 p.m. to try their luck. 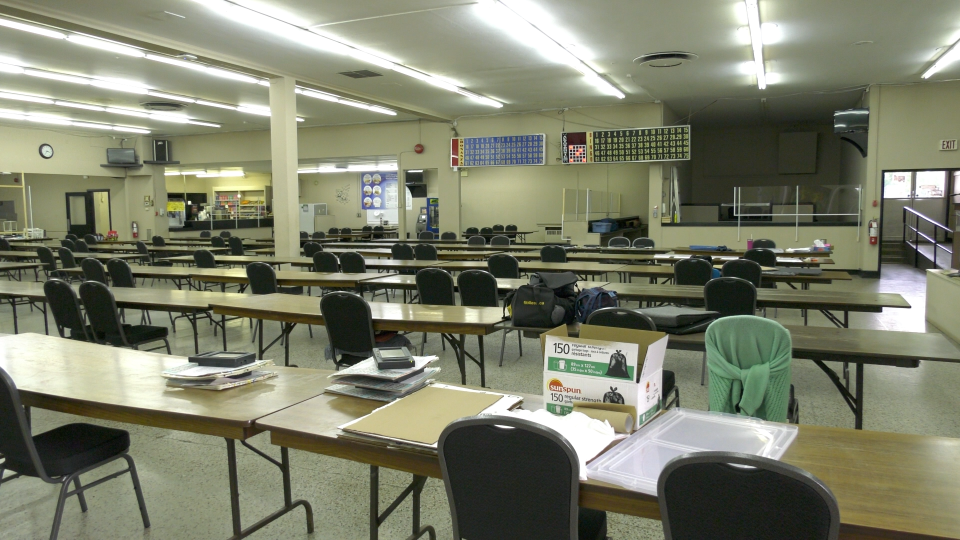 "It has been better than we could imagine. We have everybody showing up. We keep them safe, they are in their cars, and they get to play a full session of bingo." Ladouceur said. "We sell the cards outside and you go right to your car and you are ready to play. My caller is in the hall and we go live on Facebook so that you can see the balls coming up."

If you get a bingo, "Beep the horn!" Ladouceur said.

Masked staff in the parking lot with walkie-talkies run to the honking car, verify the bingo, and bring the winner the cash.

New players and regulars are among those sitting in cars in the filled parking lot, glad to be playing the game again.

Cheryl Henry has been playing for nine years and said it was tough to get used to at first.

"It's a little different," she said. "You have to keep your distance. You want to hug your friends, but you can't. You gotta back off, line up six feet apart, grab your cards, and just go in our cars and play bingo." 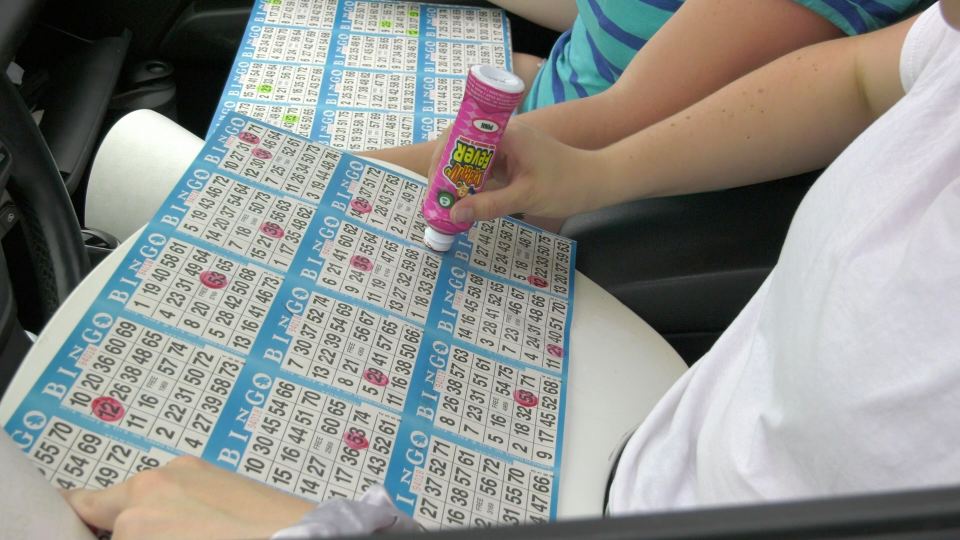 Nevertheless, Henry is happy to be back

"We love our bingo and we're glad it's open and we hope it stays open," Henry added.

Seasoned veteran Simone has been playing for years.

"Ever since March, I've been locked in the house. I haven't been going nowhere because of the virus and now I'm happy to get out," she added, making sure her bright red bingo dabber was working.

When you come to play, you're helping out a good cause.

"We help 21 non-profits and anybody that doesn't realize it, they get 45 per cent of every dollar you earn in the bingo hall. In return, that money goes back into the community," said Ladouceur.

Friday's money is going to the Agape Centre, the largest food bank and soup kitchen in Cornwall.

"If you live in Cornwall, you have accessed bingo funds without even realizing it. The non-profits lost all their fundraising this summer, so that's going to affect the community. They've now almost gone four months with no income," Ladouceur added.

Playing bingo outside has had its challenges as the sky starts to darken overhead.

"The weather! Definitely the weather!" Ladouceur said, looking up.

"We have gotten caught in storms where our tents have caved in on us. We've gotten soaking wet. The wind, the heat. One day, it was so hot that our shoes were melting into the pavement," she added, "but we overcome it. We laugh now. We got through it"

Ladouceur also said it has been nice to see the regulars again.

"We've been open 35 years; we check on our elders. If they don't show up for a while, we call them to make sure they are okay," she said. "So, when they were showing up last week for the first time, and everybody made it through, we knew we were all good."

Another car horn honks in the parking lot. Another bingo!