A young mother in the Ottawa Valley is hoping to raise $100,000 in order to afford life-saving cancer surgery in the United States.

In 2019, 29-year-old Paige Atherton was diagnosed with a rare, aggressive form of appendix cancer. It has recently turned into Stage 4 cancer.

Without treatment, her doctors have given her just six months left to live, but also say they cannot perform surgery.

"My surgeons in Toronto, they said that the disease was too progressed and they didn't feel safe continuing with the surgery," Atherton told CTV News Ottawa.

"They didn't feel that another surgeon in Canada would be willing to take on the case because of its complexity. It's been frustrating for me to say the least, because the surgery is available but the surgeons don't feel safe doing it."

Not giving up the fight, the mother of three young boys reached out to specialty surgeons in Pittsburgh, Pennsylvania.

"They said that they think they can help, they can do something for me."

But the cost of the surgery is $100,000. Atherton says insurance will not cover the out of country expense, and her doctors are not confident in OHIP coverage, but she plans to apply anyways.

"It's scary because I'm definitely not somebody who has that in my back pocket," Atherton said. 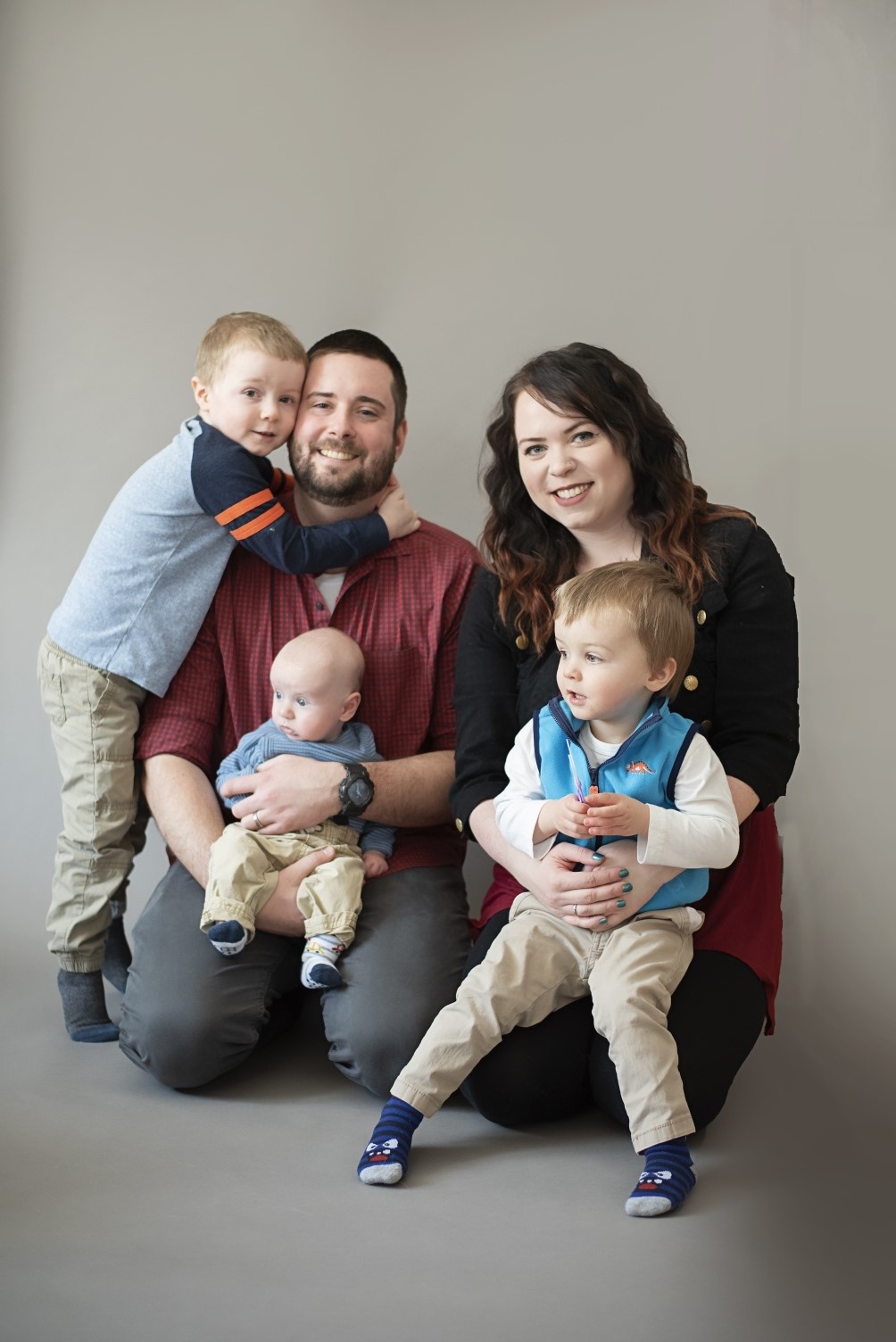 Paige Atherton with her husband and three children. (Supplied)

A GoFundMe was started by Atherton's mother on Nov. 2 and has already raised more than $36,000.

On Saturday, a community fundraiser was held by Atherton's family to continue the push to $100,000.

"The opportunity is out there, we just need to give her a chance to have that," said Kirk Stewart, Atherton's uncle.

"Just trying to get whatever funds we could to get her the surgery," added her aunt Alicia Stewart. "Whether it's an extra year with her boys or 10 years with her boys."

"I don't think we're going to quite reach [the fundraising goal]," Stewart said for Saturday's event. "I'd love to say we would, but maybe with some more support. We're quite aware of the reality and it's just about hope."

Despite the adversity, she and her family still share hope.

"They're fairly optimistic that we will get a surgery date," says Atherton. "They were hoping for late winter, early spring."

Atherton says if she cannot receive the life saving surgery, any money received through fundraising will support her husband and three sons in her passing.

Canada's perceived corruption in the public sector has remained the same since last year, according to the latest Corruption Perceptions Index by Transparency International, which ranks Canada tied for 14th out of 180 countries. The country scored 74 out of 100 in 2022, with 100 being the least corrupt and 0 being the most.

A Vancouver Island man is awaiting possible extradition to the United States on charges of sexual assault against his 13-year-old stepdaughter.