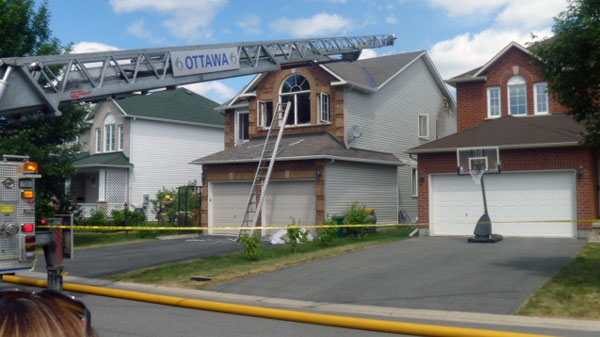 Firefighters respond to a blaze at a home on Knowlton Drive in Barrhaven, Sunday, June 19, 2011. Viewer photo submitted by: Sanjay N

Two Barrhaven residents are staying with neighbours for the night after a kitchen fire damaged their home Sunday afternoon.

Ottawa Fire Services said they started getting calls of smoke and flames coming from 78 Knowlton Drive around 2:35 p.m. Sunday.

Callers said they could hear alarms coming from the house, but nobody was answering the door.

Fire crews said they arrived at 2:45 p.m. and had the fire knocked down in three minutes, but not before fire significantly damaged the kitchen and smoke damaged the rest of the house.

The homeowners were not home at the time of the fire, and neither were their pets.