Pre-Christmas thefts usually involve stolen presents or scams. But south of Ottawa, one attempted theft involved a chainsaw, a stately blue spruce and a Grinch-like thief with an eye for decorating who is still at large.

And although it is the season to find that perfect Christmas tree; police are reminding people not to steal one from private property.

At the Prescott Golf Club, unbelievable tales usually unfold during the summer, but this story is no hole-in-one.

Between Dec. 5 and 6, someone tried to steal a tree from the middle of the course - a 9-foot high blue spruce to be specific.

"It is a gorgeous tree. A blue spruce is a great tree," said General Manager Steve Martineau.

Martineau received a call from a friend walking the course, who informed him a tree had been cut down and then dragged to the nearest road.

"(They) kind of hid it along the cattails and he said 'I think they are coming back to pick it up tonight'," Martineau recalled. 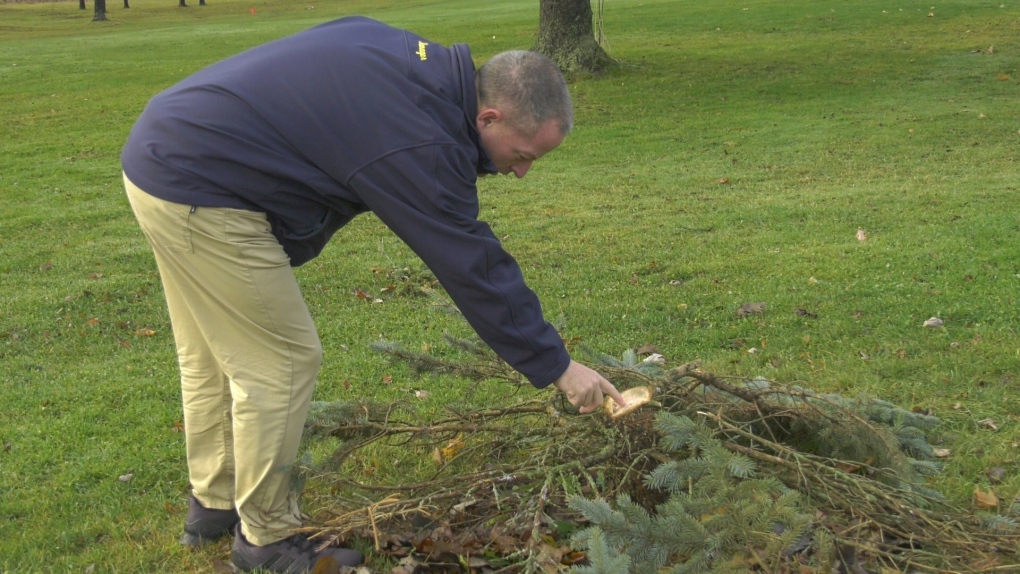 "I hopped in the car, went down, and shockingly saw this beautiful blue spruce had been clean cut right at the base and dragged down to the road for pickup," he said.

Martineau quickly had his maintenance crew retrieve it from the shoulder, still baffled that someone would attempt to steal a tree in broad daylight.

"They came in with a chainsaw on Monday, cut it down, and then Tuesday came back to pull it back out to where they could retrieve it. Pretty brazen," Martineau said.

All that remains now between the 2nd fairway and 7th tee, is a stump. 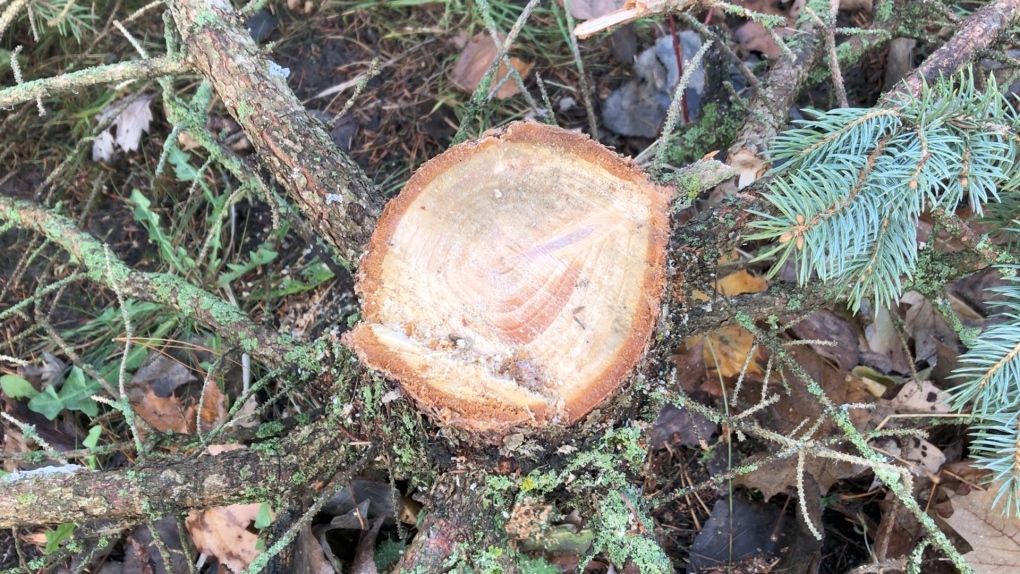 "The tree was on the right side of our second hole, which is well off the road, it would not have been visible from any roadway," Martineau said. "So it was obviously somebody had golfed here, at some point during the year, and said ‘That would make a beautiful Christmas tree.’"

"Or they were just out for a walk since we closed a month ago and had the same idea," he said.

The tree was found beside Highway 2 to the south, about 500 yards from where it formerly stood on the property.

While the golf club plants around 30 trees a year, a blue spruce like this is not cheap to replace.

"It's around $800," Martineau said. "And to get that delivered, you then have to dig the hole, there's labour involved, you're probably $1,500 putting that tree back in the ground."

While an incident report has been filed with the OPP, Const. Annie Collins says the brazen theft is unusual.

"You dont even know what quite to do with this!" she said with a laugh. "It's a no-brainer that you don't just go on crown land or private property and cut down a tree just because it's Christmas. It's still illegal."

The charge for attempted grand theft spruce, not a common one.

"If they had stolen it, it would be a theft, but certainly it's a mischief because they have destroyed some property," Collins added, asking if anyone saw two men at the course on Monday or Tuesday, to give police a call.

"I would recommend that if anyone wants a tree, go and support local," she said. "These people have done the work for you, they've already cut down the tree. Go there!” 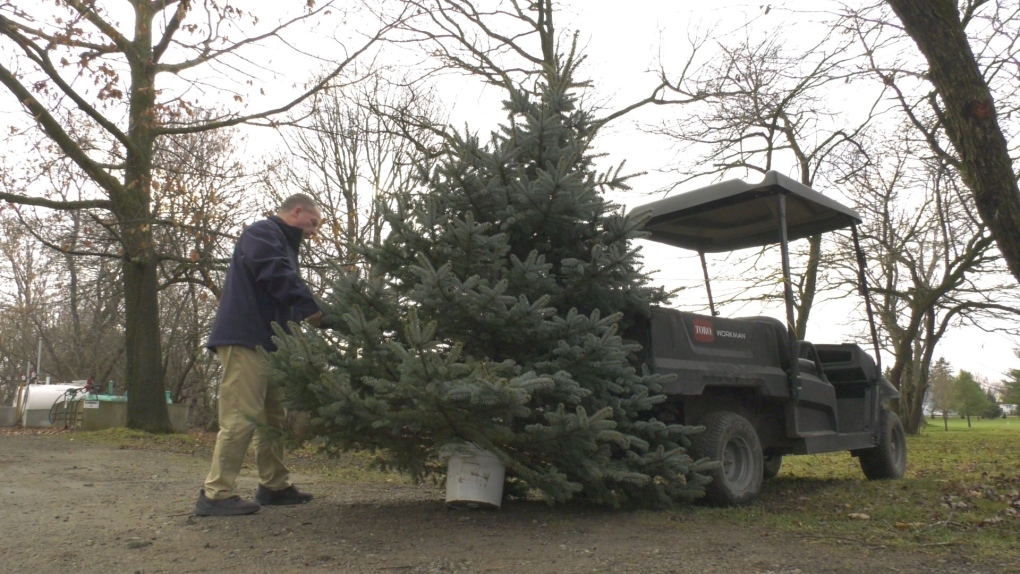 As for suspects, Martineau joked they must own a chainsaw and currently have no tree in their living room.

But despite noting this situation is a move the Grinch might pull, he said it wouldn't put a damper on the season.

"We're going to try and make this a positive and maybe raffle it off to help with our handicapped accessibility project that we are underway with right now," he said. "We are trying to do something right with it."

Which means the beautiful blue spruce still has a chance to become somebody's Christmas tree after all.

True crime sells, but fans are debating the ethics of their passion

For some people, relaxation looks like settling down with a nice glass of wine and the most graphic, disturbing tale of murder imaginable.

The independent body that oversees the safety of technical systems and equipment in British Columbia has found a deadly ammonia leak near Kamloops last May was a tragedy that took years to unfold.

Ottawa police and Bylaw Services are telling residents and visitors they will be taking a zero-tolerance approach to parking, noise and fireworks violations downtown this weekend, on the one-year anniversary of the 'Freedom Convoy' demonstration.

Asteroid coming exceedingly close to Earth, but will miss

An asteroid the size of a delivery truck will whip past Earth on Thursday night, one of the closest such encounters ever recorded.