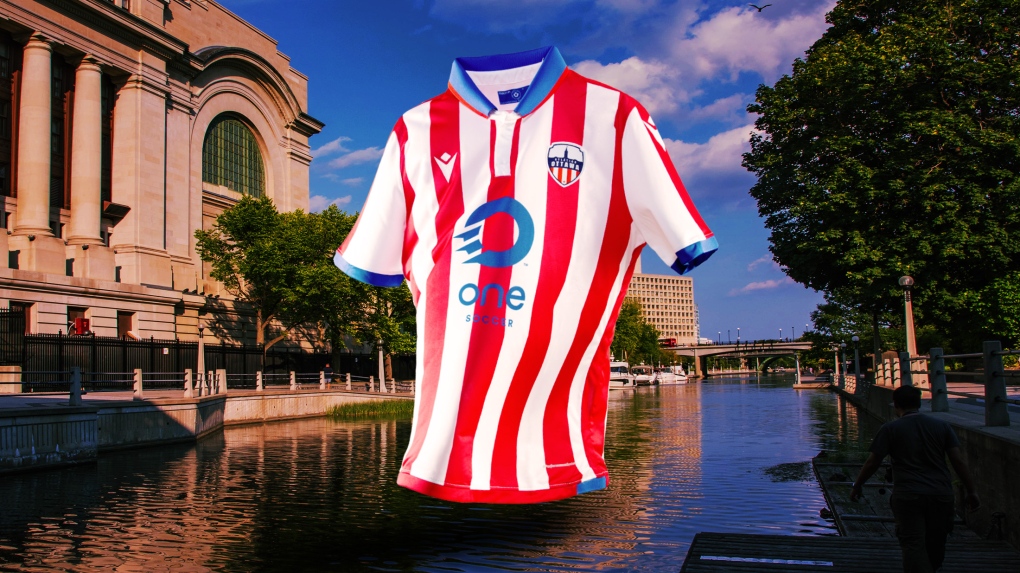 Atlético Ottawa players will sport a red-and-white striped jersey with blue trim. The blue is inspired by Ottawa's iconic Rideau Canal. The red and white are not only the same colours of the Canadian flag, but also represent the Atletico Ottawa's parent club, Atlético Madrid, which has played in red and white since 1911. A red maple leaf is emblazoned on the back.

Every jersey features the league's mission statement, "For Canadians, By Canadians."

“Our inaugural kits demonstrate the club’s on-field identity that is all about courage, never giving up, and playing fiercely committed football for one-another while off the field hard work, humility and family focus are core values,” said Club CEO, Fernando Lopez in a press release.

It remains unclear when the 2020 Canadian Premier League season will begin. It was slated to start in April, but was put on hold due to the COVID-19 pandemic. The league said Tuesday it was talking with provincial and municipal governments with an aim to receiving approval for its eight clubs to return to training.