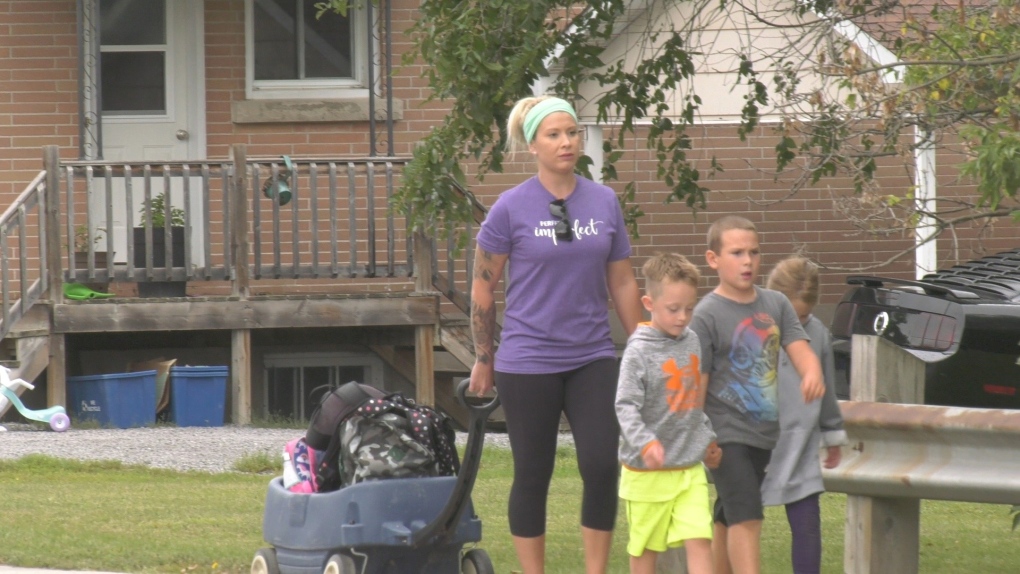 ARNPRIOR -- As buses roll out at the end of the day from St. John XXIII Catholic School in Arnprior, none of them are carrying Chelsea-Ann Washburn's kids.

Instead, the mother of three walks to and from school with her kids in the morning and afternoon.

That didn’t used to be the case. Her two sons in Grades 1 and 2 used to be allowed to ride the school bus in kindergarten; now they are deemed old enough to walk.

"The route they would have to take is half quiet streets and half very busy streets," says Washburn, who runs a daycare out of her home, and worries about the day she won't be able to walk her kids. "So I don't feel comfortable sending them."

Washburn isn't alone in her concerns. Amanda Delargy's children also walk to and from school with Washburn. She's concerned about the distance and how close to traffic her kids are on Daniel Street.

"It's pretty far, it's probably a 15 or 20 minute walk with a bunch of little children," says Delargy. "It's not safe, they're young, but also they deserve a spot on the bus. There's kids in the neighbourhood that have houses just as far away from the school and they have spots on the bus." 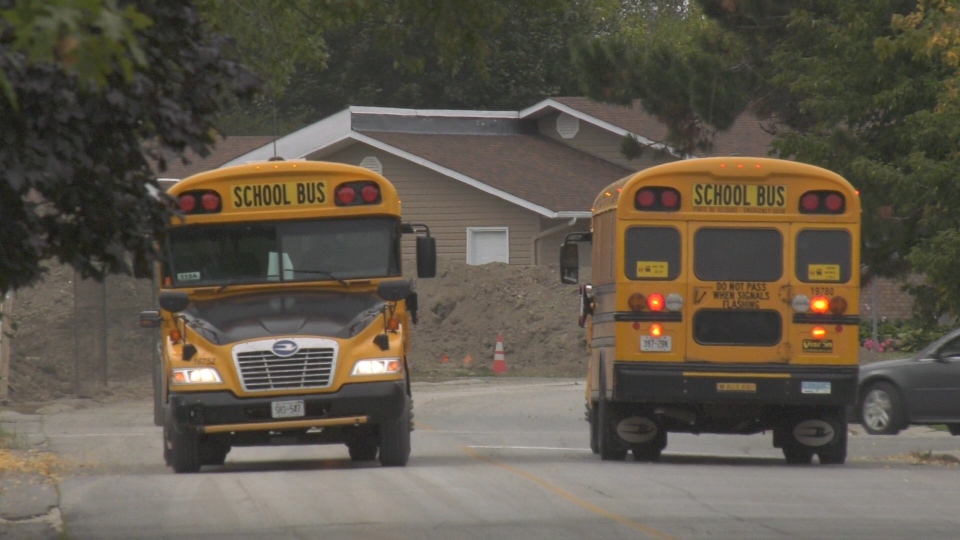 The Renfrew County Joint Transportation Consortium operates the bus routes in the region. According to their walking policy, students between Grades 1 and 6 who live within 1.6 kilometres of their school are deemed old enough to walk. That distance drops to 500 metres for students in kindergarten, and jumps to 2.5 kilometres for students in Grades 7 to 12 in urban communities.

When asked about the Washburn's specific situation, the Transportation Consortium said they would be standing by their policy which has been in place since the early 2000s.

Unfortunately for Washburn and her kids, they live 1.2 kilometres away from St. John XXIII.

"The bus stops here anyway, the bus stops at the end of my road," says a confused Washburn. "Why not pick up my kids anyway?"

Now Washburn is hoping the issue can be resolved before winter arrives and the streets and sidewalks ice over.

"I have called and called and now I am being swept under the rug because I am a pest, I guess."