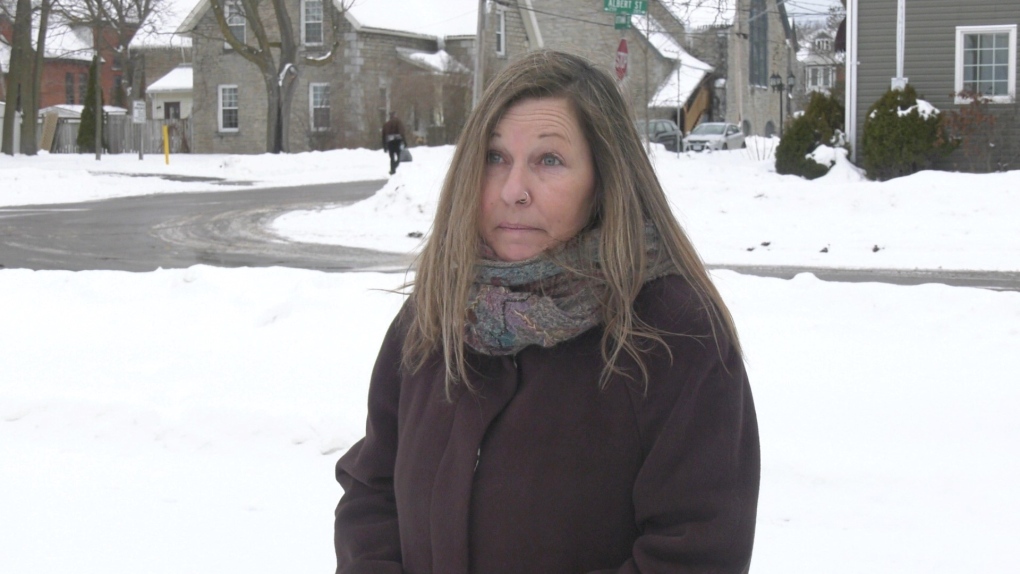 Arnprior Coun. Lisa McGee could have her pay suspended for 30 days following an integrity commissioner's report into comments she made on social media. (Dylan Dyson / CTV News Ottawa)

ARNPRIOR, ONT. -- Tensions are running high at Arnprior town hall over the continued discussion of racism in the community.

Councillor Lisa McGee is facing a possible reprimand after a complaint was lodged with the town’s integrity commissioner, William Hunter.

The anonymous complaint is about a Facebook post McGee wrote on Dec. 18 in the group “What’s Up, Arnprior”. The post was in reaction to a local news article about Mayor Walter Stack’s alleged plan to address racism claims in the community. In her post, McGee criticized the mayor for not sharing his plan with council ahead of time:

“Let me get this straight.... He blindsides Council with his "plan" on Monday, fails to apologize to the BIPOC community for his CBC blunder, turns his racist shovel into a backhoe, and leaves Council shocked and unprepared to deal with a plan we haven't seen, and then openly critizes (sic) us and suggests that WE are holding things up?

To be clear: These are MY personal comments, and mine alone.” 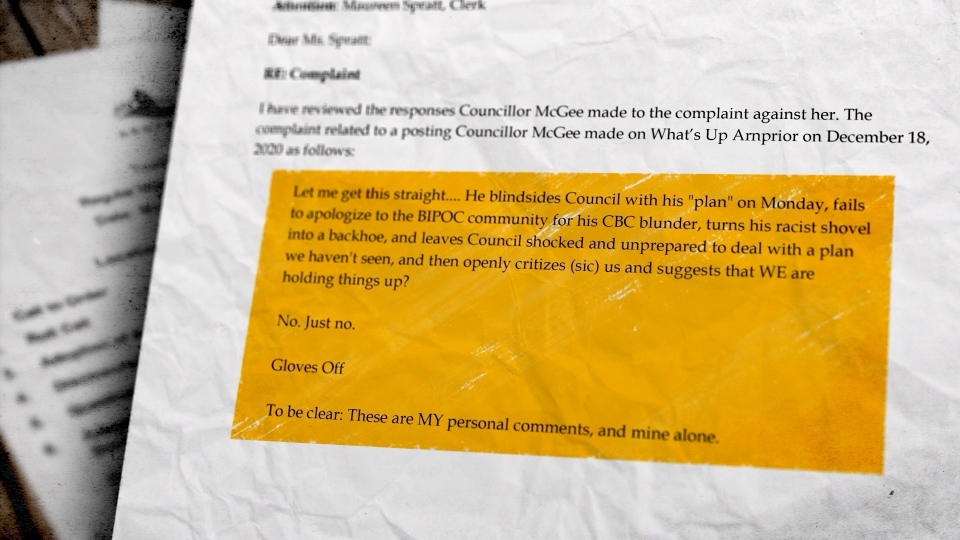 “I felt it was important to speak up and defend myself and council because I felt that we had been misrepresented in the media when the mayor spoke to them following a meeting that we had,” McGee tells CTV News. “I regret the choice of words that I used.”

Hunter’s report says McGee’s post breached the town’s code of conduct, citing the following lines, “...turns his racist shovel into a backhoe”, “Gloves off”, and “He blindsides Council with his ‘plan’”. Hunter is recommending suspending McGee’s pay for 30 days.

“I think that the recommendations that the commissioner made, they don’t fit the crime,” says resident Taylor Holmes, who has been vocal about racism in the town in the same Facebook group as the original post. “[McGee] could have been worded in a way that was less confrontational, maybe. But I certainly don’t blame her for confronting that.”

Hunter will present the report at a council meeting on Monday, Feb. 8. McGee will then face a possible vote by council members as to whether or not they accept the integrity commissioner’s reprimand.

“This is the first report we have coming to council after a review where a commissioner has actually found a ruling against a councillor based on the code of conduct,” says Arnprior CAO Robin Paquette. “So we don’t really have a historical precedent.”

“I actually appreciated the investigation and the process,” says McGee. “What we have is democracy at work, and it’s given me a chance to reflect, take stock, and acknowledge certainly that I need to choose my words better.”

Mayor Walter Stack and Integrity Commissioner William Hunter declined to comment on the matter when contacted by CTV News.