ARNPRIOR -- This weekend marks the unofficial beginning of the holiday season in Arnprior.

On Friday, the town launched the second edition of their Christmas Lights contest, encouraging residents to decorate their homes as best and brightest as they can.

Dennis and Hazel Schnob were the winners of the inaugural contest in 2019. Their display is known throughout Arnprior for where Christmas begins in town. Dennis Schnob has been setting up his brilliant display for 30 years now. He says he didn’t even know he was entered in the contest last year, but will submit his display again this year.

"I get my enjoyment out of watching the children," Schnob gave as his reason for setting up his eye catching display. But for the brightest man on Allan Drive, a few sets of Christmas lights mean a bit more to him than most.

"We didn’t have that when we were young," says Schnob. "When we were young, you put up a set of lights, lit them for five minutes and they were so hot they had to go out. So you never really had too many decorations around."

"[Everyone] knows that house on Allan Drive," says Graeme Ivory, Arnprior’s Manager of Recreation when asked about last year’s contest winner. "They make sure they drive by that house and see it, and that’s part of the Christmas experience in our community."

Also part of Arnprior’s Christmas season is the annual Santa Claus parade, which is usually the last Saturday of November. Instead, this Sunday Nov. 29, families are invited to the Nick Smith Centre to do a drive-by visit with Santa between 2 p.m. and 4 p.m.

"Bring your wish lists for Santa," says Ivory. "Santa will be here, he wants to get your wish lists, he’s going to be really excited to see all the kids come through here on Sunday afternoon."

There will be a designated route around the arena with lots of local mascots and Christmas characters to enjoy. 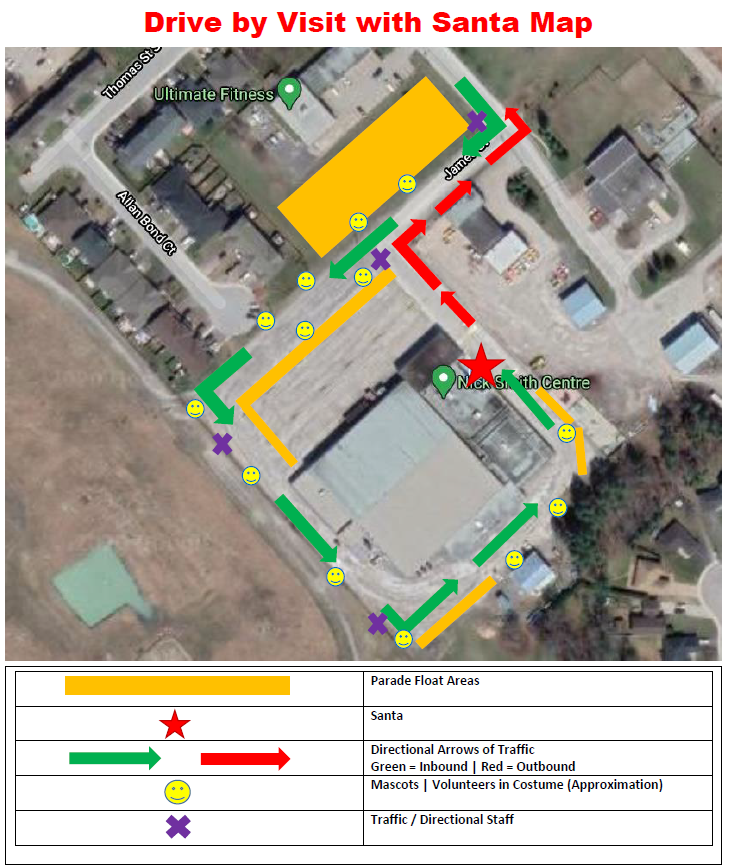 "Big Joe from the Ottawa RedBlacks will be here, O.G. From the Ottawa BlackJacks. We’ll have minions, reindeers, elves, sparky the fire dog will be here with the Arnprior fire department. So lots of mascots throughout the parking lot to keep the kids entertained," said Ivory.

You can also take a walk through Arnprior’s downtown to see the decorated local shop windows and storefronts.

"Certainly considering the year we’ve all had to go through, you can already see that people are filling the community with the Christmas spirit quite early," says Ivory.