Arnprior homeless man builds own home, schools remain closed in Ottawa and a look at how COVID-19 can spread: Top five stories in Ottawa this week 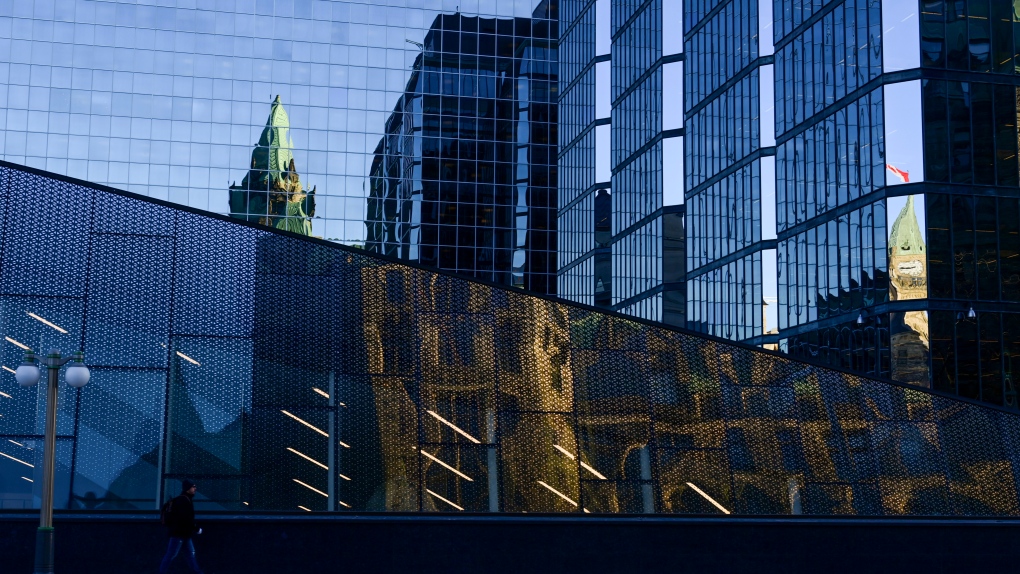 A pedestrian walks past The Bank of Canada in Ottawa on Tuesday, Dec. 15, 2020. (Sean Kilpatrick/THE CANADIAN PRESS)

OTTA -- An Arnprior homeless man decided to build his own bunkie to help improve his situation, students will not be returning to school in Ottawa on Monday and an Ottawa doctor builds a majestic snow dragon in her front yard.

Arnprior homeless man building own roof over his head

An Arnprior homeless man decided to build his own roof over his head.

Usually you'd find Guy Lamarche and his husky, Gunner, on a picnic bench behind the Giant Tiger in Arnprior.

“I’ve got my little Canada flag and my birder feeder, and this is my little hangout in the summer,” says the 64-year-old.

For the past three-and-a-half-years, he would sleep in his van, crash on a couch, or even sleep under the stars.

Near the end of last summer, Lamarche decided he was going to take action to improve his own situation.

“I was thinking of solutions and one day this came to me, and I decided to build my own bunkie. And I just went, ‘I’m going to do it and I’m going to prove to people it can be done’.”

His 10’x10’ bunkie sits on the old farmhouse property of a friend just outside of Carp. It started with a refined stack of pallets as a floor, and Lamarche added four walls, some windows, and a roof.

At some point, Lamarche says he would like to move the bunkie back to Arnprior.

“My dream is to maybe move this one day to Arnprior and make it a demonstration project for people to show them that this can be done.” 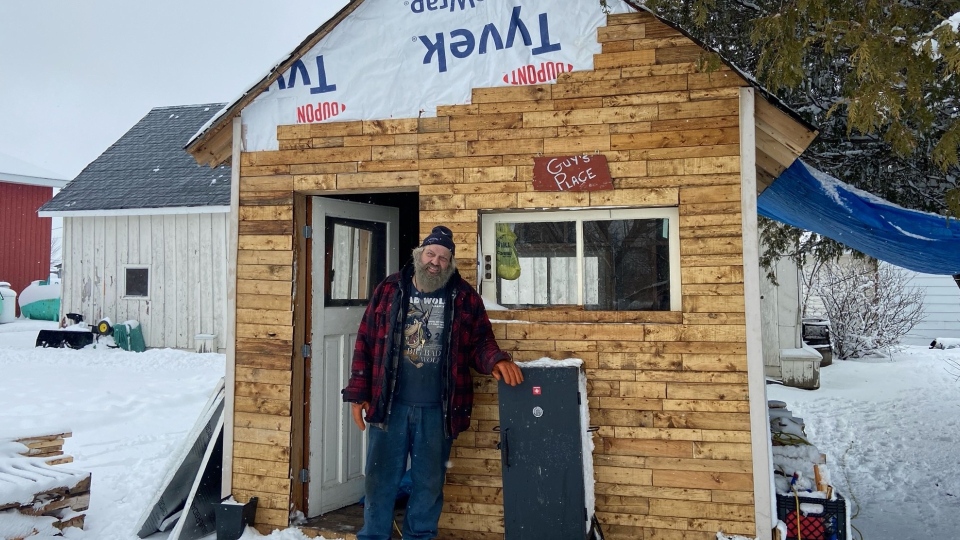 Students at Ottawa's four publicly funded school boards will not be returning to school for in-person learning on Monday.

The Ontario Government announced late Wednesday afternoon that schools in Ottawa would not be allowed to reopen for in-person learning. The decision means students in the Ottawa Carleton District School Board, Ottawa Catholic School Board, the Conseil des ecoles catholiques du Centre-Est and the Conseil des ecoles publiques de l'Est will continue with remote learning next week.

Ontario delayed the start of in-person learning after the Christmas break, saying schools would remain closed until at least Jan. 25.  The province has not said when schools in Ottawa and eastern Ontario will reopen for in-person learning. 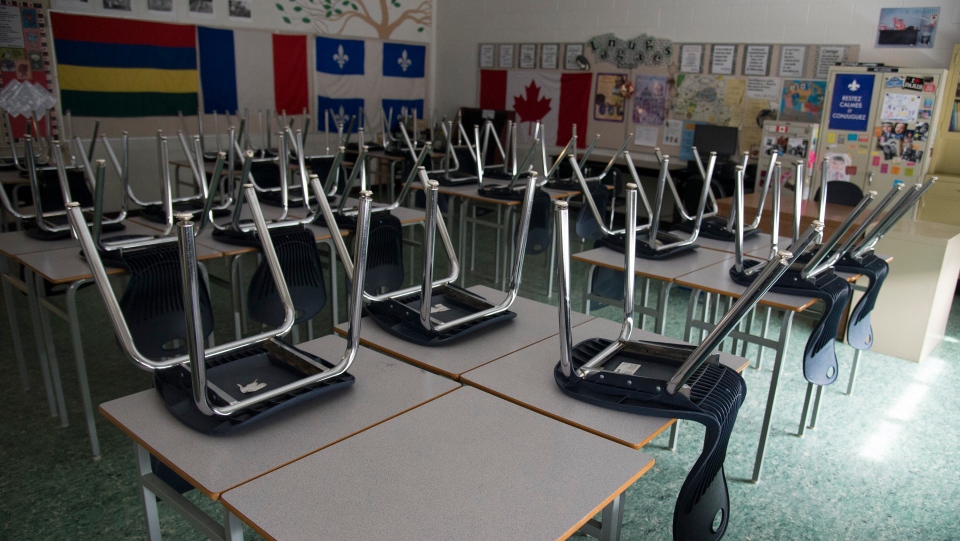 A homeowner in the Ottawa suburb of Manotick says she has had part of her property destroyed by a developer who owns the land next door.

“I came home from work one day to find 17 trees down on my property,” homeowner Wendy Richards told CTV News Ottawa.

Richards says she could not believe what she saw returning from work one day. A major excavation, inches from her home. Most of the trees cut down she says, were hers.

CTV News reached out to the developer multiple times but he has not returned calls or emails. 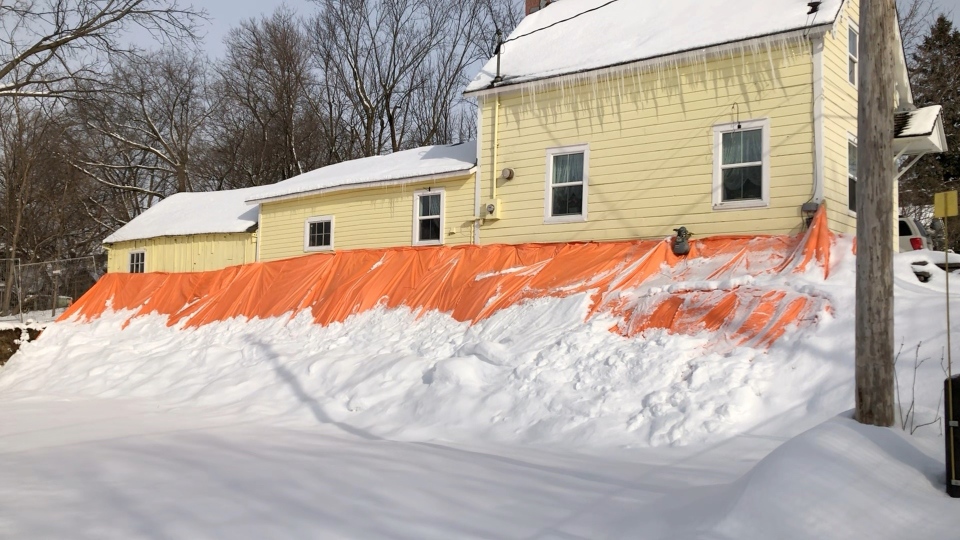 Ottawa Public Health shared another "real-world' example of how quickly COVID-19 can spread.

In this case, one person going to work and attending a family gathering resulted in 15 cases of COVID-19 and forced 40 people to self-isolate.

On Twitter, Ottawa Public Health said one person with COVID-19 went to work before developing symptoms.

"Two days later, after mild symptoms developed, they attended a family gathering and had a friend over," said OPH.

Within two weeks, 15 people tested positive for COVID-19 and 40 individuals who were identified as high risk contacts needed to self-isolate. 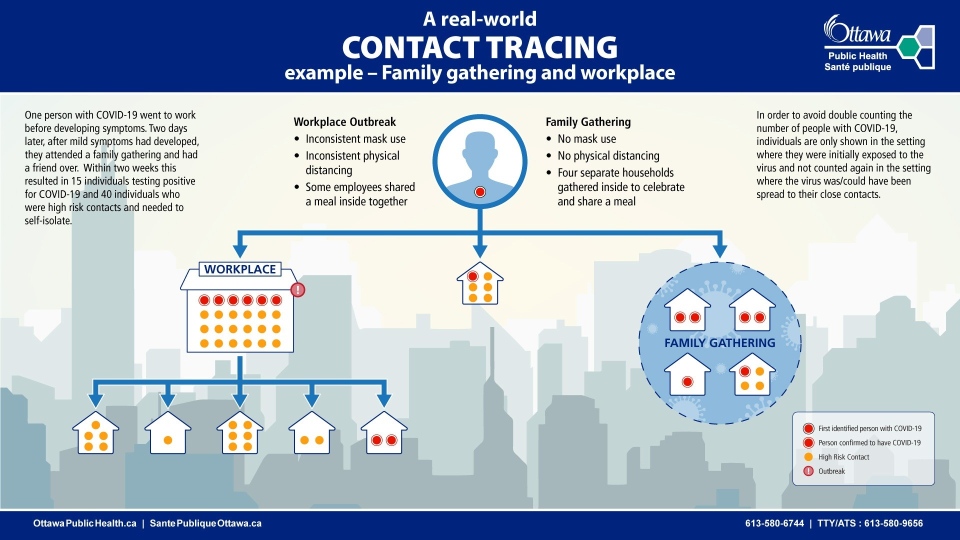 The 21 centimetres of snow that fell last weekend created perfect conditions for building a snowman and creating snow art.

An Ottawa family doctor and rural emergency room physician took advantage of the snow to build a majestic snow dragon in front of her south Ottawa home.

"It's just fun to get outside and do something creative," said Dr. Mary Naciuk in an interview with CTV News Ottawa.

Dr. Naciuk used a shovel, a butter knife, a spoon and a blowtorch to give the dragon its sharp edges and defined scales.

Naciuk says it took about five hours to build the dragon, adding it was a welcome relief to spend some time working on something creative outdoors.

"Get outside, get some exercise, clear your mind, do something that is not COVID for a few hours. It obeys all the rules. It was great," she said.

(I was only allowed to shovel piles of snow) pic.twitter.com/aphZotpHiC