OTTAWA -- The Archbishop of Ottawa-Cornwall has apologized for the Catholic Church's role in Canada's residential school system and has called on Pope Francis to do the same.

In a video posted to the Archdiocese of Ottawa-Cornwall's YouTube channel, Archbishop Marcel Damphousse said the discovery of the remains of 215 children at the site of a former residential school in Kamloops B.C. has marred this year's National Indigenous People's Day.

"I am at a loss for words to describe the situation," he said. "In the past few weeks, I have been reading more and listening to better understand the reality of the residential schools but also the impact it had on the Indigenous peoples.

"As a bishop, I join with other bishops and religious leaders in Canada, expressing my apology for the role the Church played in the residential school system."

The discovery in Kamloops sent shockwaves across Canada and put the residential school system into renewed focus.

Approximately 150,000 First Nations, Métis, and Inuit children were separated from their families and forced to attend boarding schools from the late 1800s to as recently as 1996. There, they were often subjected to physical and sexual abuse and at least one in every 50 of these students died, according to the findings from the Truth and Reconciliation Commission (TRC). 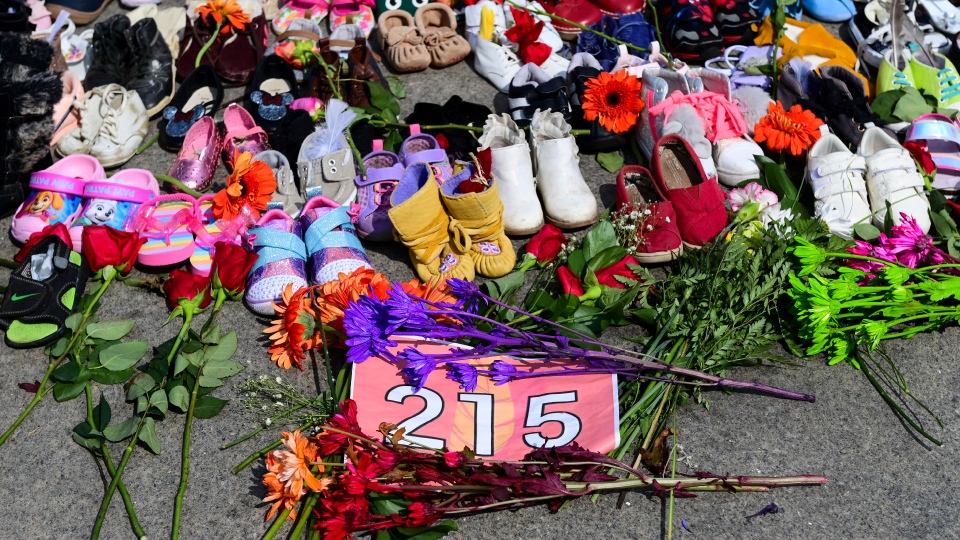 (A memorial is pictured at the Eternal flame on Parliament Hill in Ottawa on Tuesday, June 1, 2021, in recognition of discovery of children's remains at the site of a former residential school in Kamloops, B.C. THE CANADIAN PRESS/Sean Kilpatrick)

The Catholic Church administrated many of Canada's residential schools, including the one in Kamloops.

"Words cannot undo the hurt or return the deceased children to their families," Damphousse said.

"As a member of the Catholic Church and as a bishop, I am so sorry," he continued. "I know I am not alone in my sorrow and contrition. I add my voice to those who are asking the Holy Father for an apology to Indigenous peoples of Canada."

Pope acknowledged Kamloops discovery but has not apologized

Calls to have Pope Francis formally apologize for the Roman Catholic Church's role in operating residential schools have been renewed since the discovery in Kamloops. A Change.org petition is calling on the Canadian Conference of Catholic Bishops to invite the Pope to Canada to "make a public apology on behalf of the Church in Canada for our sins of commission and omission in the matter of Residential Schools."

Prime Minister Justin Trudeau has also called for a formal apology from the Catholic Church.

In early June, Pope Francis expressed pain over the news of the discovery, saying, "This sad discovery adds to the awareness of the sorrows and sufferings of the past." However, he did not apologize. 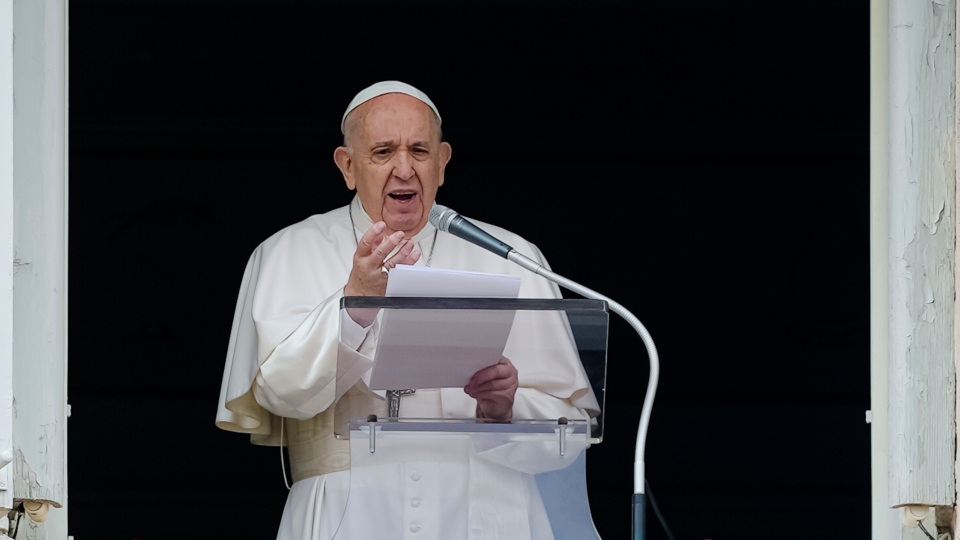 (Pope Francis speaks from the window of his studio overlooking St. Peter's Square at The Vatican to a crowd of faithful and pilgrims gathered for the Sunday Angelus noon prayer, Sunday, June 6, 2021. AP Photo/Domenico Stinellis)

A formal papal apology on Canadian soil was one of the calls to action in the TRC's final report in 2015.

Damphousse closed his video by apologizing once again and praying for change.

"As we celebrate National Indigenous People's Day, I extend my sincere apology for the involvement of the Catholic Church in the residential school system and I pray for healing, as a church in Canada walks the path of reconciliation with the Indigenous people in our community," he said.