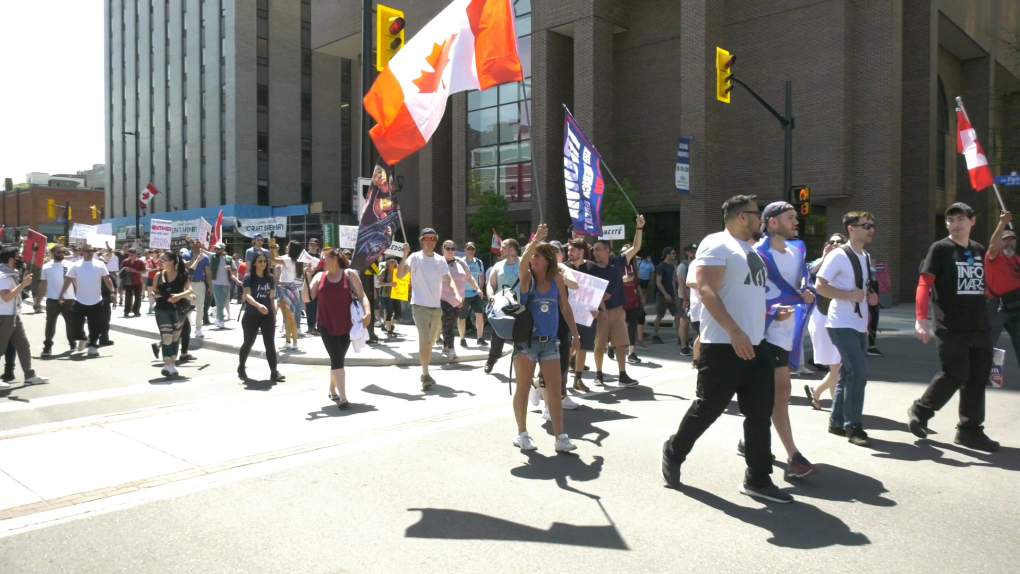 An anti-lockdown protest against Ontario's stay-at-home order, and against broader COVID-19 measures in general, made its way down Bank Street, through the ByWard Market Saturday.

Holding signs with messages such as "we are all essential" and "flatten the fear", the large gathering of maskless individuals marched through downtown chanting "no more lockdowns." 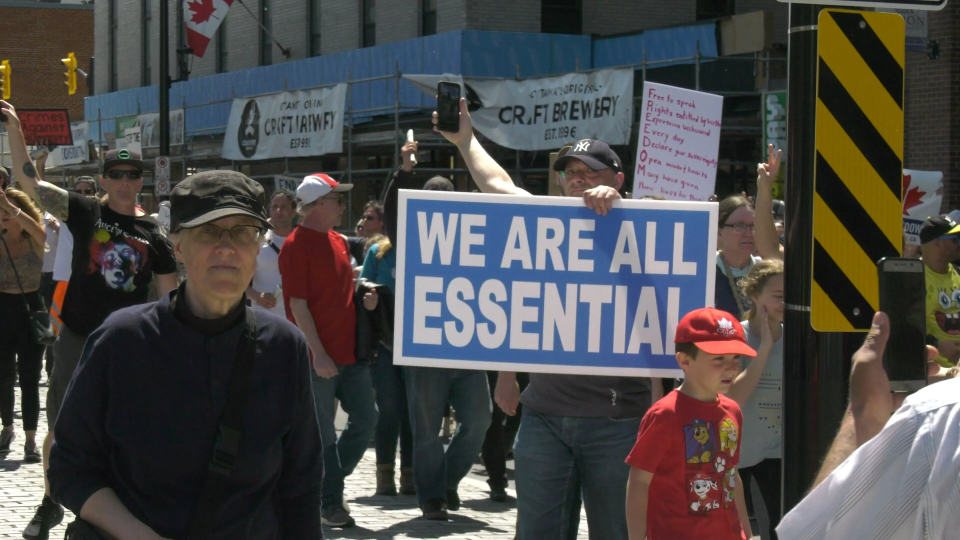 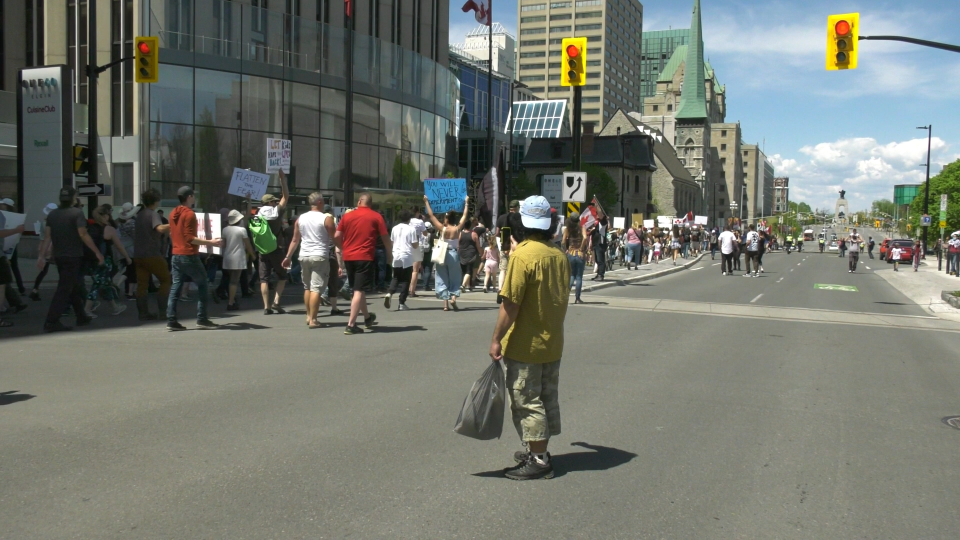 There have been regular demonstrations in Ottawa and other cities in Ontario since the province's stay-at-home order came into effect but Saturday's appeared to be the largest in Ottawa so far, with Ottawa police estimating 500 people took part in the march to protest the COVID-19 restrictions. 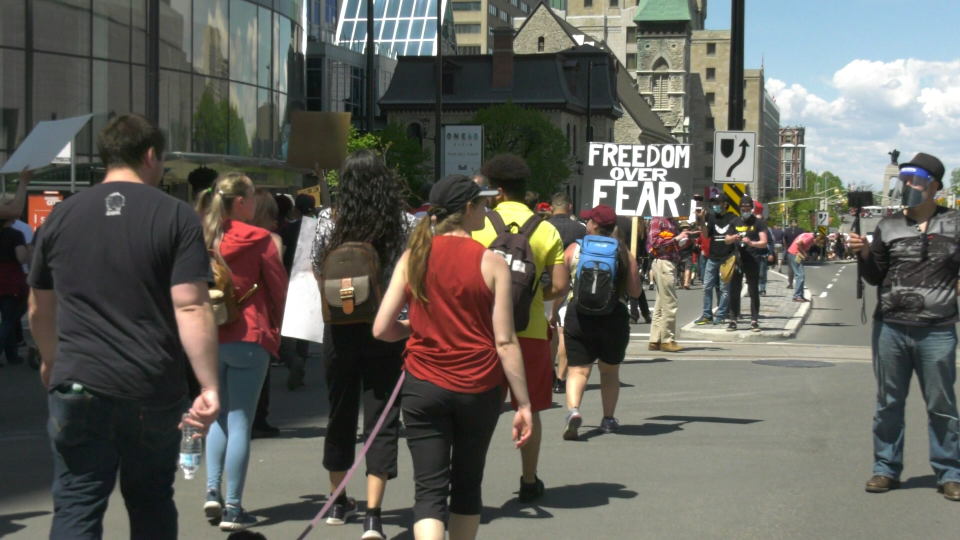 Under the stay-at-home order, Ontarians are not allowed to gather indoors or outdoors with anyone they do not live with, except one other person from outside of the household that lives alone. There is a limit of 10 people allowed for religious services, weddings and funerals.

CTV News Ottawa has reached out to Ottawa Bylaw to ask whether there could be any fines as a result of the demonstration.

At the same time, a demonstration in support of Palestinians amid escalating violence between Israel and Hamas was held at the Human Rights Monument on Elgin Street. 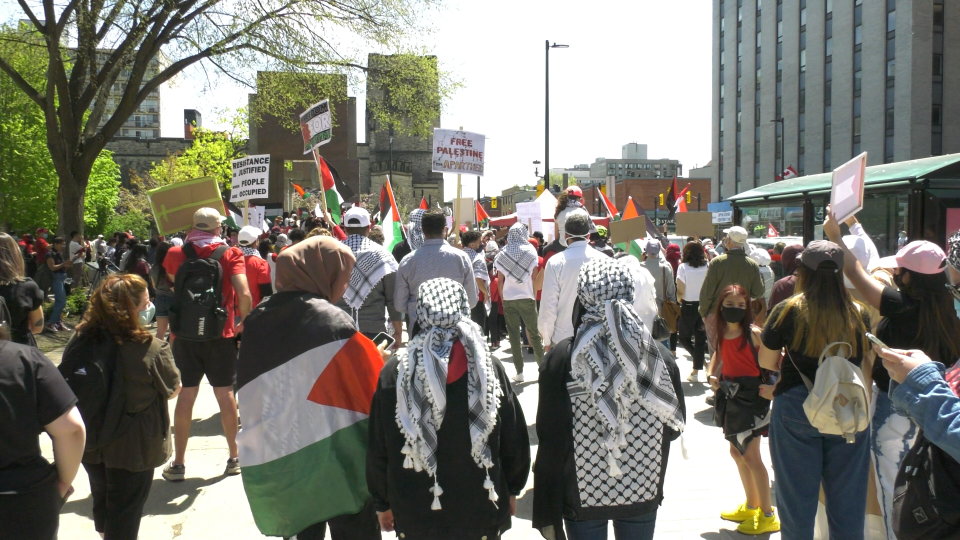 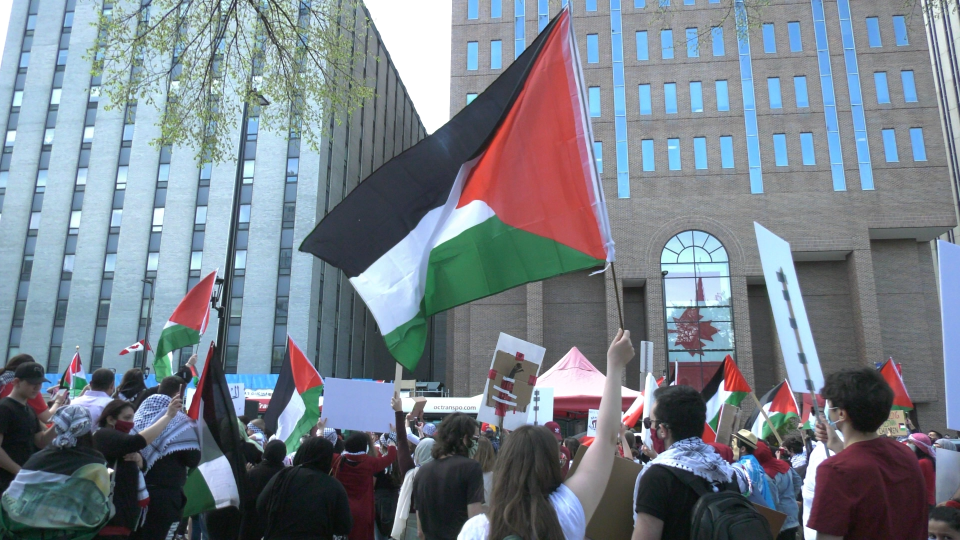 Demonstrators in Ottawa on Saturday held signs that said "stop the violence" and "free Palestine" while marching through downtown. 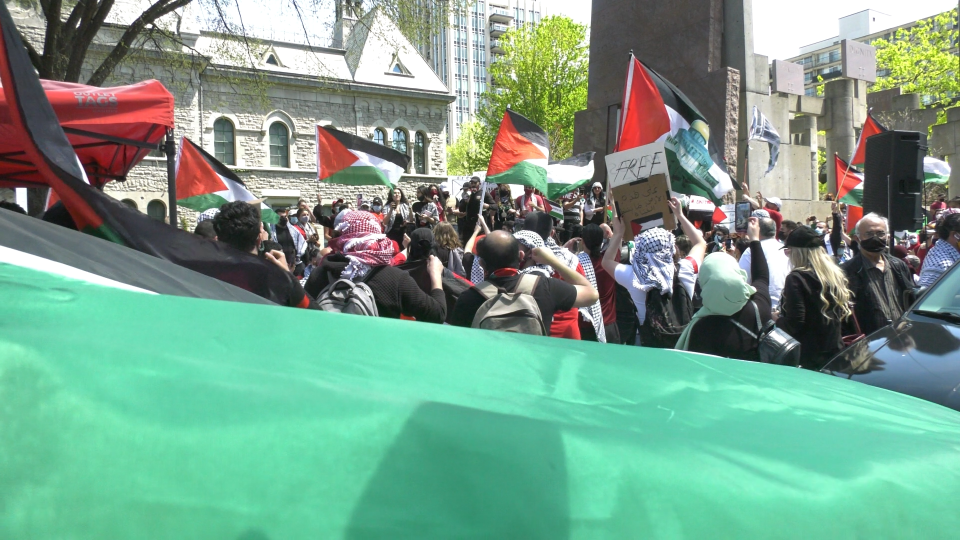 Nora Abushaban, who attended the pro-Palestine demonstration said the escalating violence has many Palestinians around the world on edge.

"I’m worried every single day. Every time I see in the news there has been a bombing in Gaza or a strike in Gaza, my first instinct is to message my family and see how they are. They are frightened and scared for their lives and it breaks my heart. I can’t take their pain away." 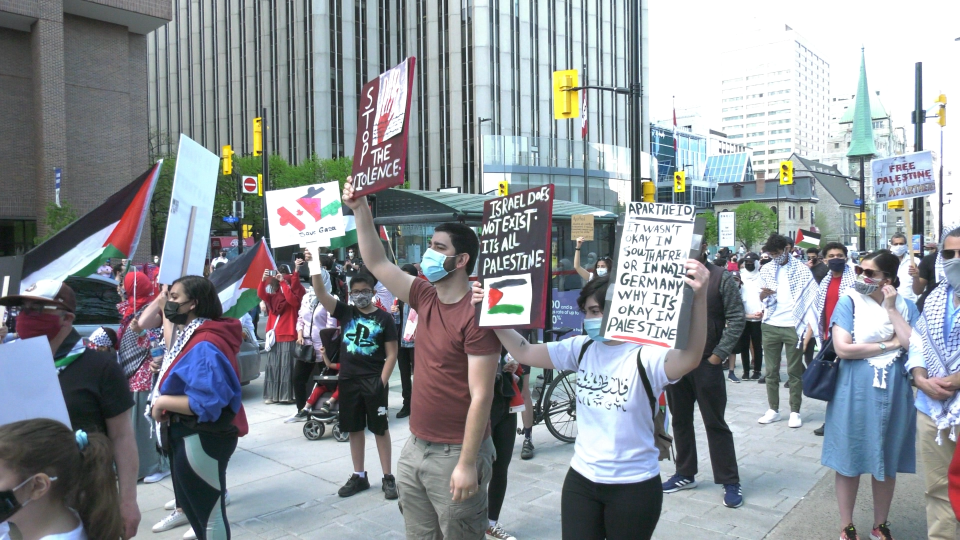 Ottawa police cautioned drivers on Saturday afternoon that traffic was impacted by the two marches.

--With files from The Associated Press and CTV News Ottawa's Shaun Vardon.