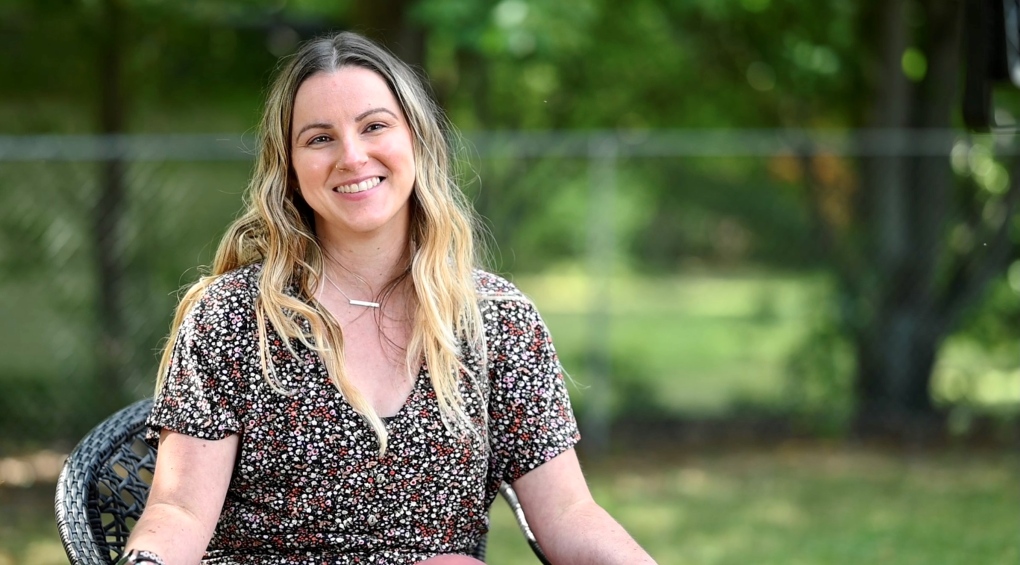 OTTAWA -- Shawna DeJong watches with delight as her two young daughters do somersaults on the family’s backyard trampoline.

It’s a simple, and beautiful, moment and, for DeJong, a poignant reminder.

“It’s so cliché, but not to take things for granted and just embrace every day,” said DeJong.

The 35-year-old nurse, wife, and mother realizes, more than ever, how quickly life can change. 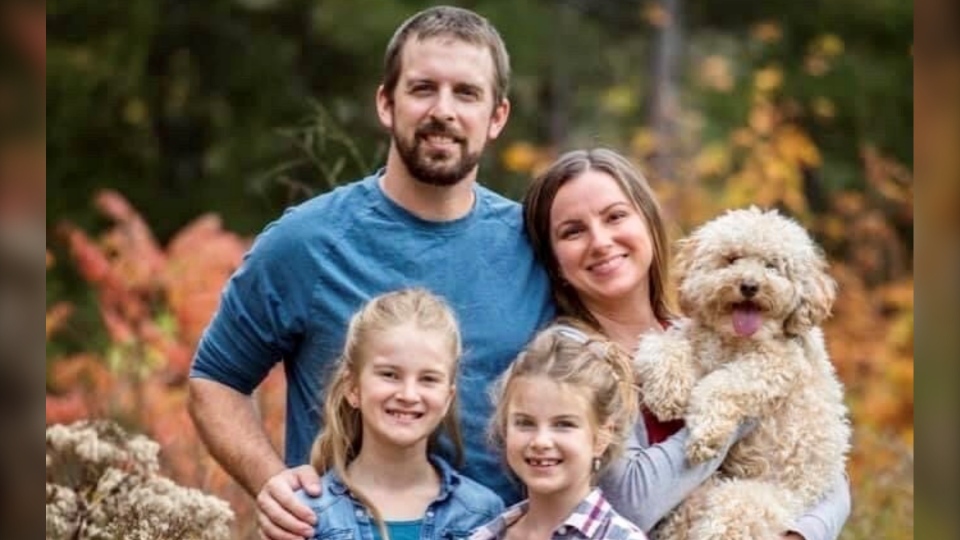 “You never think it’s going to be you, until it is,” she said

“Like there was a fish flopping around in my chest,” she said.

Her doctors ran tests, but initially found nothing unusual.

“The palpitations were always brushed off as anxiety or panic attacks,” said DeJong.

However, the palpitations continued.

One day, while folding laundry, DeJong could feel her heart begin to race. She went to the emergency department in Petawawa, but by the time she had arrived there, her heart had returned to a normal rhythm.

“They said you’re having a panic attack. I went to see the doctor the next day and she suggested therapy,” said DeJong.

DeJong would undergo 12 weeks of therapy, and was asked to perform tasks to intentionally increase her heart rate.

“We did things on purpose to make my heart rate go up, so that I could get over the fear that something was wrong with my heart.”

Later, though, she would confirm there was something wrong.

While swimming at her in-laws, DeJong again felt a “flip-flopping” inside her chest.

“I didn’t tell anybody there because I was embarrassed to tell people I was having a panic attack,” she said.

DeJong left the water, and quietly went into the house. She asked her husband, Jeff, to call an ambulance. Shortly after, paramedics arrived.

“I ran to the ambulance, like physically ran out,” she laughed.

“She had had an incident where she went to the hospital, and it went away. I don’t think she wanted it to go away until they had record of it,” said Jeff DeJong.

“I said ‘put the monitor on me. I need to see a strip. I don’t think I’m having a panic attack,’” said Shawna DeJong.

So they confirmed it. They said “Nope, you’re in AFIB right now.”

DeJong was diagnosed with paroxysmal atrial fibrillation, an irregular, and often, racing heartbeat. She would require an electrical cardioversion procedure, a deliberate shock to the heart.

“You wake up and you’re magically back in normal rhythm. It’s amazing,” she said.

However, after requiring three emergency cardioversion procedures in just 13 months, DeJong was referred to the University of Ottawa Heart Institute for an ablation; a procedure to rid the heart of the faulty electrical pathways causing the arrhythmia.

“Cardiologists go in and do a bunch of microscopic burns that block the arrhythmia from happening,” she said.

The procedure was successful. DeJong was discharged from the University of Ottawa Heart Institute the same day. She did her rehab at home, and now, is getting her life back.

“I’m slowly learning to trust my body again,” she said.

DeJong is joining people across the country this month taking part in “Jump In”--a virtual, 30-day-challenge to get moving in your own space, at your own pace, while raising funds and awareness for women’s heart health. 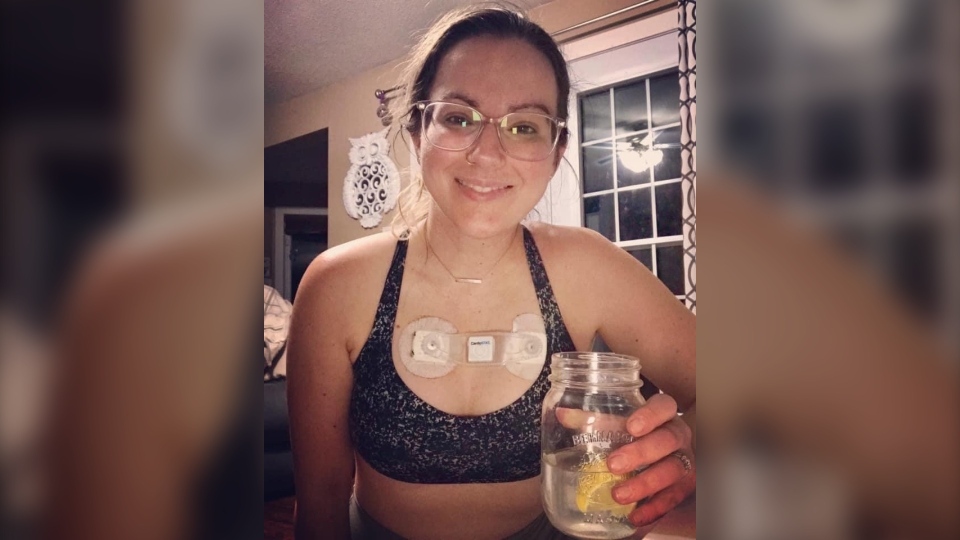 She offers this advice to women who may be experiencing unusual health symptoms.

“If you feel in your gut that something is wrong, seek guidance. Advocate for yourself,” said DeJong. 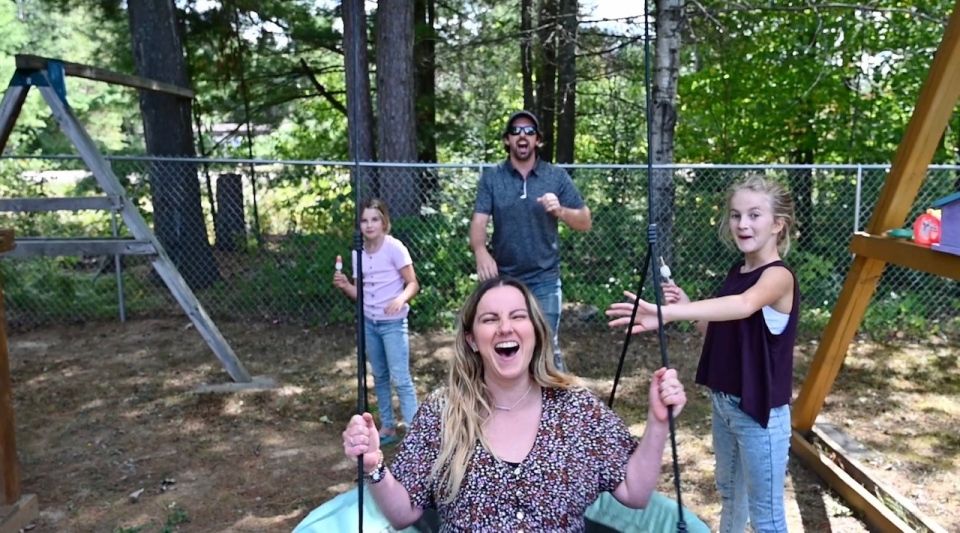 This fall, Shawna and Jeff DeJong celebrate 10 years of marriage, the gift of two young daughters, and the chance to raise them together. The University of Ottawa Heart Institute has given the family a future.

To register or make a donation, please go to jumpinnow.ca