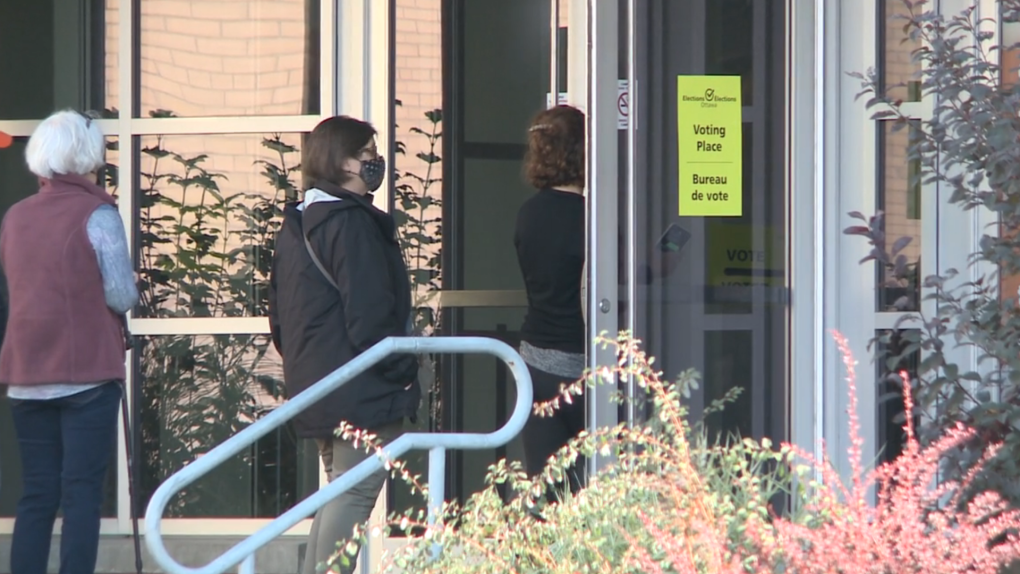 Nearly 34,000 people cast ballots Friday in the final day of advance voting ahead of the Oct. 24 municipal election in Ottawa.

Elections Ottawa said Sunday that 33,842 votes were cast on Friday, up from the 26,773 votes cast the week prior.

33,842 voters came out to cast their ballot on Advance Vote Day 2 on Friday, October 14! Retweet this post if you were one of them, and encourage your friends to come out and VOTE! pic.twitter.com/aD7g7G3OGr

There were six days of advance polls ahead of Election Day on Oct. 24. Four days of special advance voting were held across the city from Sept. 24 through Sept. 27, during which 18,876 votes were cast.

In total, 79,491 voters in Ottawa have cast ballots prior to Election Day, accounting for approximately 11 per cent of eligible voters. The city told CTV News Ottawa that there were 722,227 eligible electors for the 2022 municipal elections as of the close of the revision period on Sept. 16.

Voters can still register at a polling station and the deadline to add, amend, or remove a name from the voters’ list is Election Day, Oct. 24.