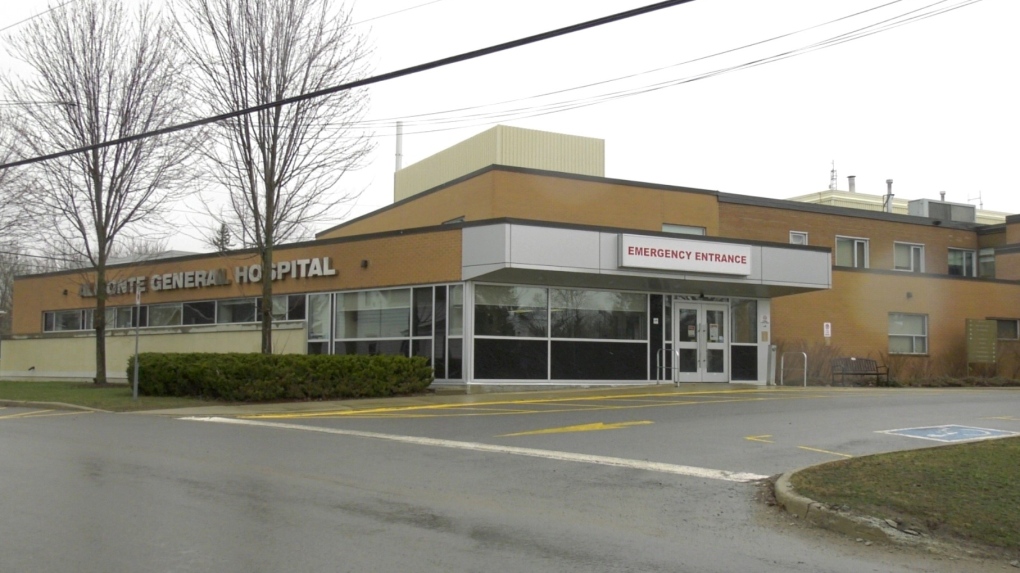 The Almonte General Hospital is seen in this undated file image.

OTTAWA -- In the midst of the COVID-19 pandemic, the Almonte General Hospital is now requesting labouring moms-to-be get epidurals in case they have to have an emergency Caesarean section.

“This is an extraordinary time in health care and these clinical decisions are never easy,” the hospital said in a statement to CTV News Ottawa. “The safety of labouring mothers and their babies is our top priority.”

As for the reasoning behind the request, the hospital said “it has been determined that the time it takes to don the personal protective equipment required during the COVID-19 pandemic adds time to the process of getting into the operating room. This could put the mother and baby at risk in an emergency situation.”

A memo dated April 6 and attributed to several doctors, including the Chief of Staff and Chief of Obstetrics and Gynecology stated “…we are requesting that all patients have an epidural (exception being rapidly labouring patient[s] that progress to delivery before anesthesia can arrive.”)

On Thursday, the hospital had said in a statement that “if a patient does not want to have an epidural, she has a choice. There is an option to deliver at another facility where midwives also have privileges.”

Following a meeting with the Ottawa Valley Midwives, the hospital sent a new statement to CTV News Ottawa saying it was clarified that this was a request and not a requirement or policy and that “all women who wish to deliver at Almonte General Hospital can do so.”

“I think it’s wrong, I don’t like that it’s a request at all,” said Krystal Jinkinson, who is set to deliver at the hospital in the coming months.

“Having two natural births I don’t think they should rush upon throwing an epidural in my spine if I’ve done it twice, I hopefully can do it a third time. Our bodies know what we need,” Jinkinson said.

“Just to do it for a precaution or whatever in case you’re rushed in for a C-section. I just think it’s really unnecessary.”

The Ottawa Hospital says in order to protect the health of patients and their babies, a patient’s support person will not be able to be in the operating room for a delivery via C-section.

“A patient’s support person will not be permitted to enter the operating room, but will be able to join the patient in the recovery room. If a patient has a scheduled cesarean section, their partner will be called to join them when they are admitted to the recovery room after the birth of their child,” the hospital said in a statement.

For Amanda Reath, who is expecting her second child this summer and has a scheduled C-section, it means her husband will miss out on the birth. They planned on finding out their baby’s gender together in the operating room.

“He’ll miss those first cries, he’ll miss seeing the child for the first time,” Reath said. “Those are moments we can never get back.”

Reath said she hopes a better solution will be found.

“I think they’ll try their best to have another option where my husband can potentially see it through video or through FaceTime but that’s just not the same.”

Thousands have signed an online petition calling on the protection of rights of women in Ontario to have a support person with them for labour, delivery and postpartum

CTV News Ottawa had tentatively set up an interview with the Association of Ontario Midwives but was later informed no one was available to comment.