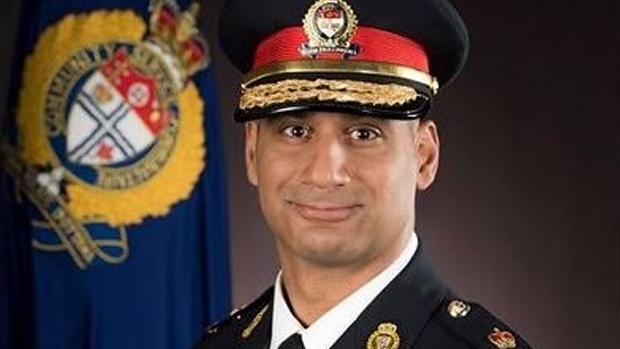 A civilian member of the Ottawa Police Service (OPS) has filed a human rights complaint against Deputy Chief Uday Jaswal, accusing him of sexual harassment.

A civilian member of the Ottawa Police Service (OPS) has filed a human rights complaint against Deputy Chief Uday Jaswal, accusing him of sexual harassment.

The complainant also alleges Jaswal interfered with her application to become a constable after she turned down his sexual advances.

The allegations included in the complaint cover several incidents over several years, beginning in 2015. The woman says at that time, Jaswal, then a superintendent with OPS, called her on her personal cell phone about an unrelated case. She claims she never gave him her number.

Following that initial call, the woman alleges Jaswal began sending her text messages. She says he first asked her to coffee, and then asked her to date on several occasions.

Deputy Chief Uday Jaswal’s lawyer says his client has nothing to hide.

“Once the entire story unfolds and comes to light, these allegations, I assure you, will be looked at in a very, very different light,” said defense lawyer Ari Goldkind.

The complaint makes reference to several alleges text messages between the woman and Jaswal.

The complainant responds writing “Aww gee thanks…” then goes on to criticize Jaswal for his grammar.

He writes back, “We may need to go for a drink and make up. J”

To which she responds, “… still not single and not looking to mingle in that kind of way!”

The woman alleges on two separate occasions her husband confronted Jaswal – once in private and a second time in front of two OPS managers.

The husband allegedly telling Jaswal “the inappropriate sexual advances towards (his wife) need to stop.”

The complainant alleges the managers never addressed her about the alleged harassment.

In 2016, then superintendent Jaswal, left Ottawa to become Deputy Chief of the Durham Regional Police Service. Two years later, he returned to the capital as Ottawa’s Deputy Police Chief.

The woman alleges upon his return, he touched her inappropriately at work.

“Deputy Chief Jaswal intentionally and overtly rubbed his hand across my stomach and hip area as he walked by me,” she documented in the complaint.

She alleges the incident left her feeling ‘frozen’ and ‘shocked’.

Months later, the woman says she applied to become a constable with the service. She claims staff had informed her she was moving on to the final panel, and that same week, she was denied because of background checks.

In her complaint, she alleges Jaswal interfered with the process.

“These events have derailed my life,” she says.

The Human Rights Tribunal will now review the application.

Jaswal’s lawyer says his client looks forward to telling his side of the story.

“When the entire narrative, the entire background and all relevant documents and witnesses come to light, this matter will resolve quite favourably to him,” Goldkind said.

In a statement, the Chair of the Ottawa Police Services Board, named on the application, says it had received a copy of the complaint.

“The Board will be meeting in-camera to review the allegations in the complaint and to determine appropriate next steps.”