“When you love your work, you make the best. I can’t sleep if I don’t make sweets. This is my life.”

When customers buy the baker’s Middle Eastern desserts, they’re supporting the dreams of a new Canadian. Alkadour is a Syrian refugee. He and his family fled his war-ravaged country in 2012 and came to Ottawa in 2016. 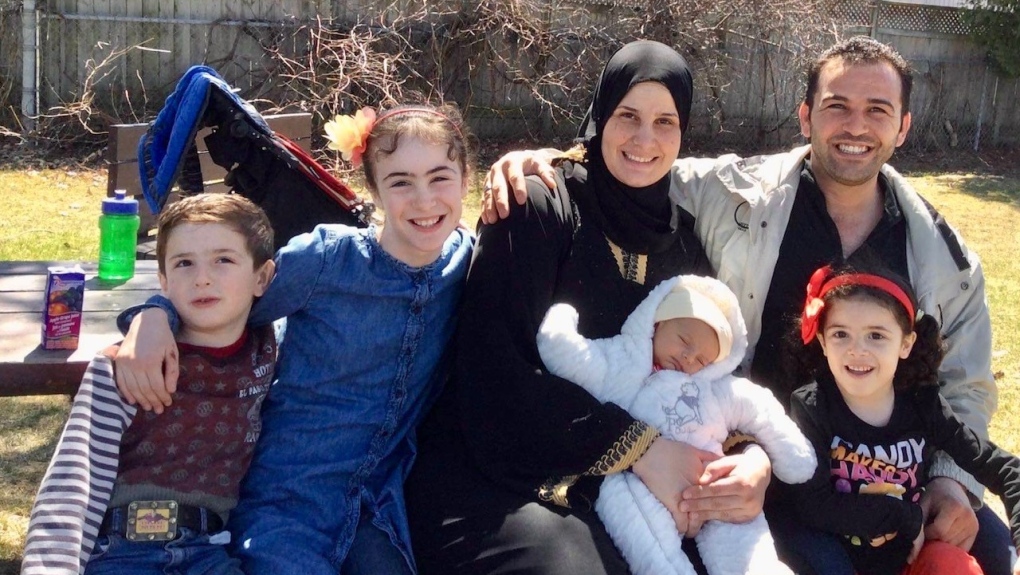 Aeman Alkadour's family moved to Canada in 2016, after fleeing war-torn Syria in 2012.

“In Syria, there is no life. Nobody goes out of the home, and if he does, maybe he don’t come back,” said Alkadour.

Alkadour knew nothing of this country when he arrived. He didn’t speak English. He and his family didn’t have relatives here.

However, two caring and welcoming people who extended love and compassion and embraced them.

“When I came in Canada, I said ‘thank you, God. I’m here in this safe country, this free country.”

Initially, Alkadour, his expectant wife and three children were living at an Ottawa hotel. He still recalls his first walk to the grocery store on a frigid January day.

“When I walked, I felt frozen,” he said.

He was wearing a thin jacket, when a passing motorist stopped and showed him the kindness of Canadians.

“A woman asked me to get in her car. I didn’t know her. She just sees me on the street and stops. She drive me to grocery store and drops me home at hotel,” he said, his eyes smiling above his mask.

Just two months after their arrival, the Alkadours would make news in the local media, when their son, Zain, was the first child born to Syrian refugees in Ottawa.

Alkadour has been hard at work supporting his family. He’s a trained pastry chef. He’s been making desserts since he was 16, and now uses family recipes to bake for his two retail outlets in Ottawa.

In an industrial mall in Ottawa’s east end, in a shared kitchen space, Alkadour crafts his delicacies for hours on end, seven nights a week. After preparing desserts until 11 p.m., he’s back at the bakery the next morning at 6 a.m. to package them.

He delivers them to his Carlingwood Shopping Centre location, and then to his kiosk at Billing’s Bridge Mall, where he works until closing. He then returns to the bakery to begin creating again. 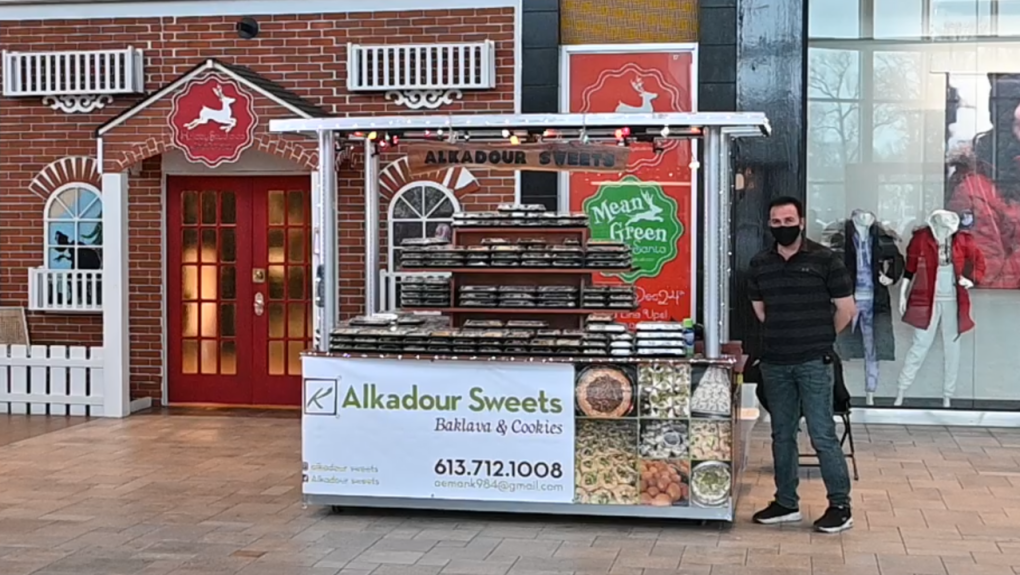 “If I want to do something, I need to work hard. The dream is not coming easy,” said Alkadour.

The dream is to become a king of cookies, cakes and baklava in the capital.

“Like Tim Horton’s. I want to be in every mall in Ottawa, then in Ontario, then all off Canada. Big dream,” he laughs.

For now, he’s grateful to have a safe and happy home in Ottawa. For Aeman Alkadour, life doesn’t get much sweeter than this.

“I just want to say thank you Canada because I’m here. Thank you to Canadians for always supporting me, making me happy, making me safe. It’s a big community, a big family here.” 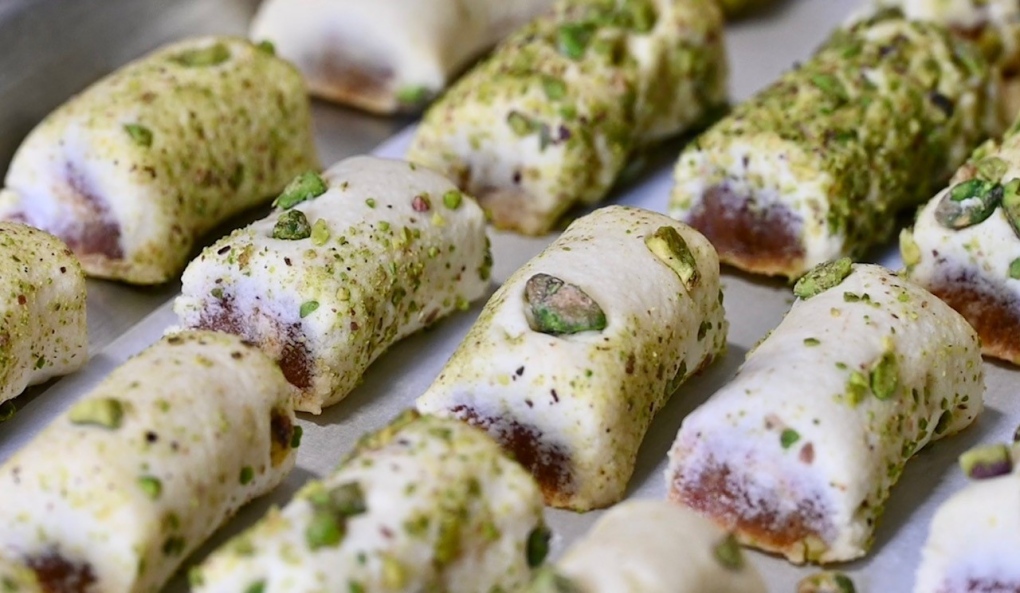 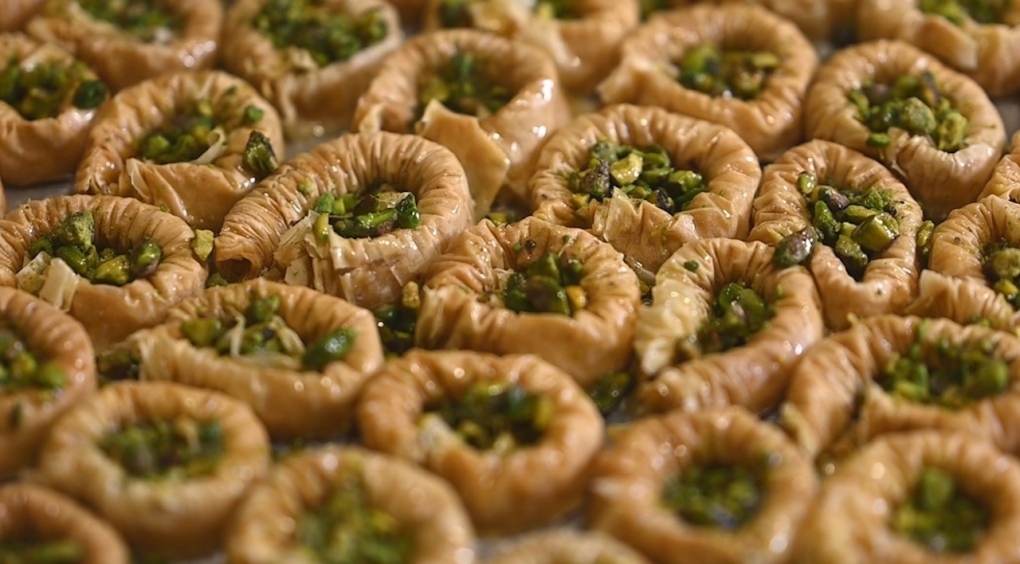