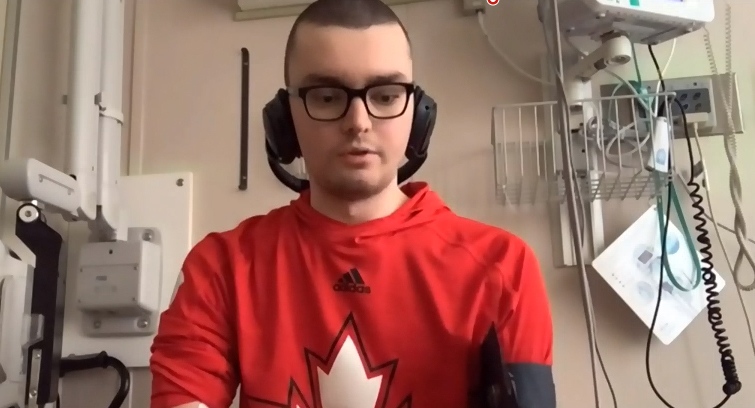 OTTAWA -- Algonquin College is renaming an alumni award to honour CFRA producer Brian Fraser, who passed away in February after a battle with leukemia.

The college has announced one of its Alumni of Distinction awards will be renamed the Brian Fraser Recent Graduate Award as a "lasting tribute to Brian for exemplifying the college's values of caring and integrity."

"Despite the fact that he faced a serious illness, he found the strength to invest in the wellness of others and speak his truth by promoting the need for blood donations. His efforts drew national attention."

Fraser, 26, passed away on Feb. 25 after a two-year battle with the disease. His efforts to direct people to the cause of blood donation drew national attention, including an appearance in March 2020 on CTV News to discuss the need for blood donations during the pandemic.

Fraser graduated from the Algonquin College Broadcasting-Radio program in 2016.

"Despite a career cut short, Brian achieved significant professional success as a technical producer for CFRA's 'The Morning Rush with Bill Carroll.' His passion for and extensive knowledge of professional and minor sports leagues fast tracked his aspirations to work in sports broadcasting," said Algonquin College in a statement.

"Embodying Algonquin College’s mission, he began to transform his hopes and dreams for success into a reality before even graduating from Algonquin College. As a student, he was already working at CFRA."

On Sept. 30, the Brian Fraser Recent Graduate Award will be awarded to Carl Clergé during the fifth annual Alumni of Distinction Awards.