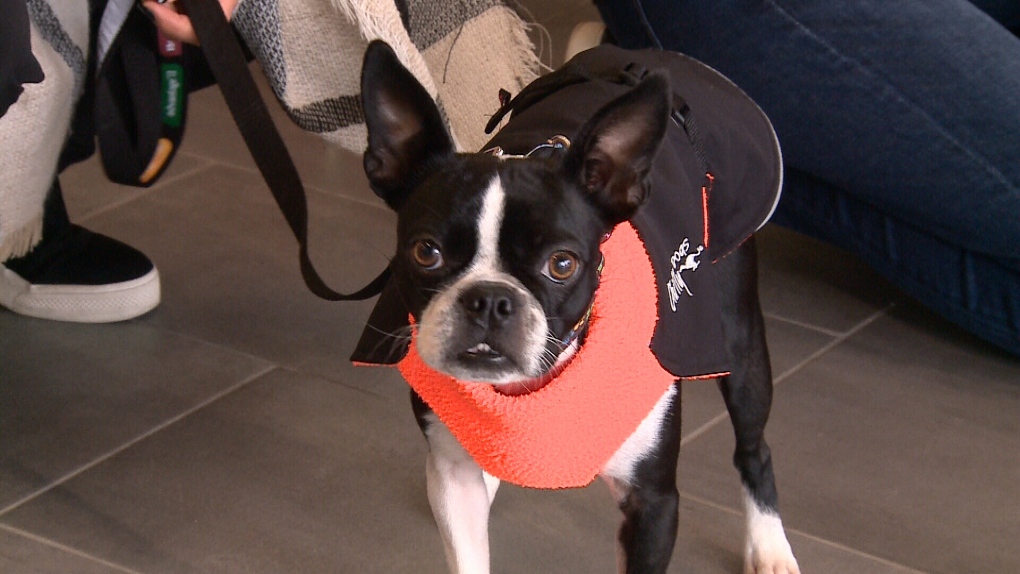 Algonquin College will soon have as many as 12 new members in its dog therapy program.

Dubbed the Dog Squad, the program has exploded in popularity on campus to help students and staff relieve stress and anxiety.

Not all the dogs today made the cut.

The trainers tested all breeds from a Shih Tzu to a Great Dane.

The Dog Squad has been tremendously popular — so much so that we had to expand the program to keep up with demand,” said Algonquin Communications Manager Ruth Dunley, who is the chair of the College’s Dog Squad Committee. “The dogs go into classrooms, do walkabouts on campus and all of them are very popular on social media. They are such great therapy for everyone because wherever they go, they instantly put people in a good mood. Just spending a few minutes with the Dog Squad can really turn someone’s day around.”

“I love being on the Dog Squad,” says Tracy McDougall, an Algonquin College employee who has been on the Squad since Day 1 with her golden doodle, Monte. “It gives me an opportunity to interact with students and staff and the program is really breaking down the stigmas around mental health."

The next step is four training sessions with expert Jane Madigan before the dogs are given final approval to join the program.

The program was launched last January with seven dogs .