After a traumatic accident, a former nurse uses art to create a new beginning

PERTH, ONT. -- Walking along a path she never imagined, Katherine Muir Miller discovered a new and happy version of herself at the end of it.

“It was really a difficult time of my life to get through, but I gave it a go and every single star lined up,” she said.

The stars have aligned for much of Muir Miller’s life from the moment she got married and became a mom. She had five children in six and a half years.

“We dove right in, diapered through the nineties, and raised five beautiful children.”

She nurtured an active life too, with fitness, competition, sport and coaching at its core.

“I was very active and worked out five days a week,” she said.

When the kids were older, Muir Miller went back to work as an emergency room nurse at the Queensway Carleton Hospital.

“So, I worked there for eight to nine years before I had an accident that took my nursing career away.”

It happened five years ago. Muir Miller had a harrowing fall from a height.

“And basically, did a face plant off a deck and broke the bones in my face.”

The injury would impact her balance, vision and memory.

“I ended up with some vestibular damage, visual damage, and neurocognitive damage. I had some restorative plastic surgery two years after accident, just basically scar revision. People who really know me might notice still, but if you’ve never met me before, you think I look fine and great.

But the accident would cost Muir Miller her career, and much of the active life she had always known.

“I thought I would be returning to work, but every reassessment proved otherwise. I had been quite symptomatic for three to four years and learned about a year ago that my nursing career was over, based on some of the damage cognitively,” she said.

“And it wasn’t just losing my nursing career, it was all of my sports—running, skating, skiing, never mind, walking. I felt like I had a lot of losses. I felt like I was sad a lot; I felt like I couldn’t take one more thing happening to me.”

Months after her trauma, Muir Miller pulled out a canvas and decided to paint—something she had only dabbled in years before.

“I painted for six hours straight without even realizing six hours had gone by. I stepped back, and I realized I hadn’t even had any symptoms. No dizziness, no headaches. And from then on, I never even looked back,” said Muir Miller. 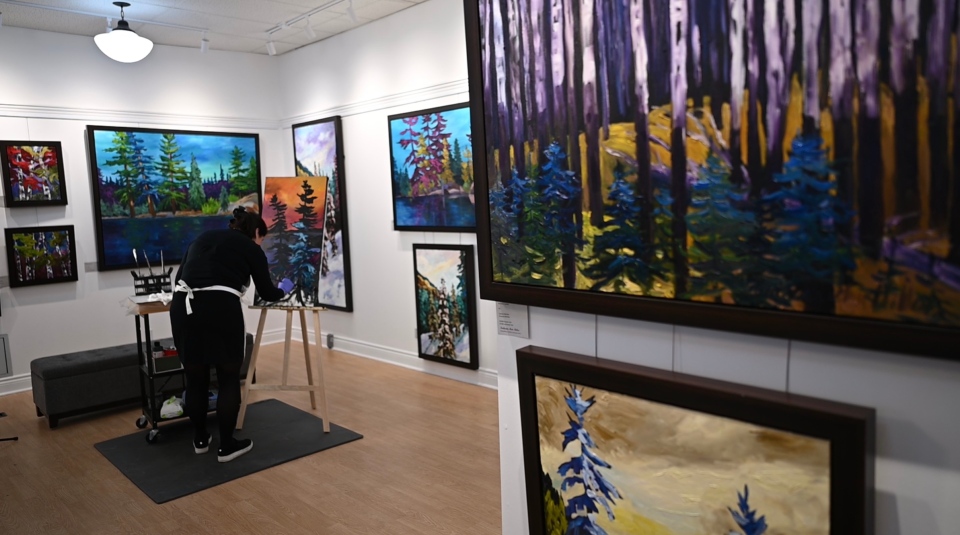 She learned from gifted painters by taking lessons and studying at art retreats. She began selling art in shows, and on a day trip to Perth with a friend, noticed a “for lease” sign in a store window.

“And my friend Barb says, ‘you should call and open a gallery’. And I thought who opens a gallery during COVID?”

Clearly, someone who’s meant to. The Katherine Muir Miller Gallery is now open on Gore Street in Perth. 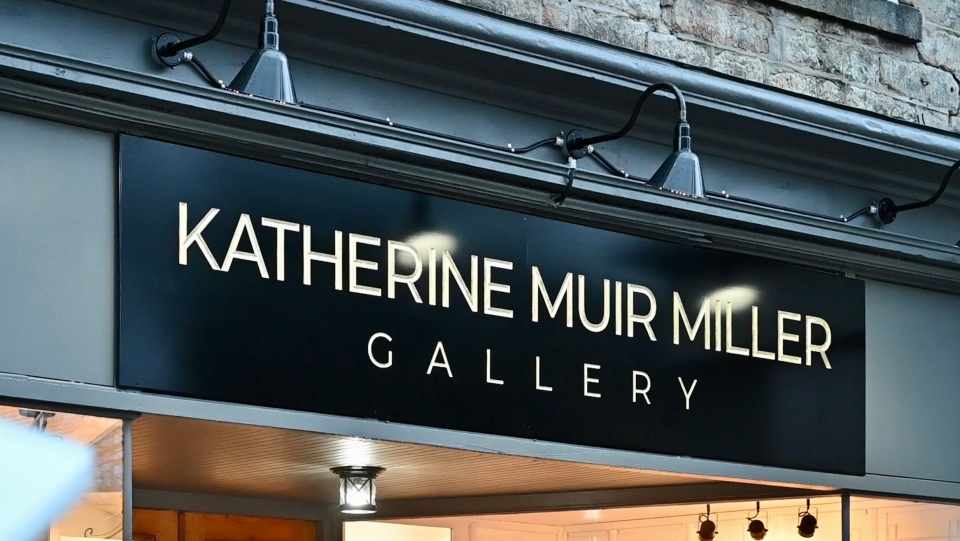 “She’s been fearless to take on things that she hasn’t been sure of,” said friend, Darlene Kelly. “There’s nothing she can’t achieve, so this is just the beginning.”

Muir Miller is excited by her life’s new direction.

“What’s the worst thing that can happen? You go bankrupt and close. What’s the best thing that happens? Well, you have people that come in and your new path is beginning.”

At the Katherine Muir Miller Gallery, ‘the path’ leads through a series of vibrant and colourful Canadian landscapes.

“One of the constant things people say is ‘wow, the colour’. And it just makes people smile.”

Every scene, on every canvas, is inspired by someone’s story, or serves a reminder of one.

“If I walked you through all these paintings, you would see they all have a story. If someone sees a piece and it connects to a memory, that’s the greatest pleasure,” the artist said.

Like the iconic pine trees in her paintings, Muir Miller is rooted in promise; standing tall and growing in ways she never imagined--enchanted by her new landscape.

“I only started calling myself and artist last year. I was still a nurse who was doing some art on the side. Now, I’m Katherine Muir Miller, an artist, and I used to be a nurse. Everything just feels right.”