Advice for families of those battling eating disorders 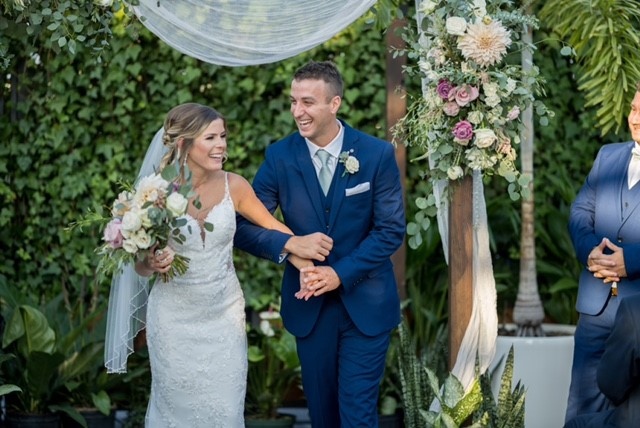 OTTAWA -- The wedding was magical, albeit smaller due to the COVID-19 pandemic.

When gloriously radiant bride, Danielle McCaughey walked down the aisle toward long-time boyfriend and fiancé, Dana Gannon, everything surpassed her expectations.

"It was literally the perfect day. A fun, beautiful wedding.  More than I expected and could hope for," says Danielle.

"As soon as we had our ‘first-look’ all of my nerves melted away and I thought this is going to be awesome.  We had written our own vows."

As a teen, McCaughey, now Danielle Gannon, couldn’t have written this fairytale ending. She couldn’t think beyond the numbers on the scale.

"I didn’t think anything of the future anymore. I was just so focused on eating and numbers that was not even in my mind at all."

At 16, Danielle was very sick.  She arrived at CHEO’s emergency department with a severe eating disorder and admitted as patient.

“I felt like I was at the end of the dark tunnel. All I could think about was what I had just eaten, what I was about to eat, or how I would exercise."

Danielle’s heart rate and blood pressure were both dangerously low. 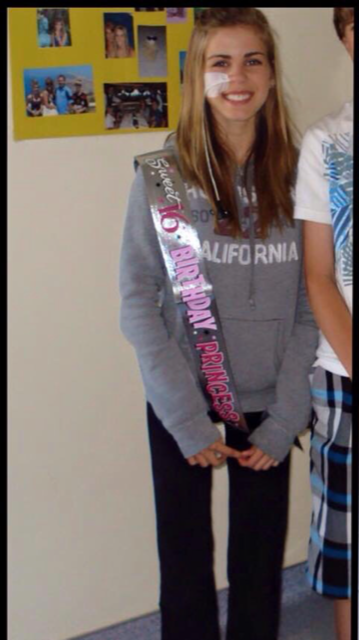 She says that her 16-year-old self is a stranger.

"I honestly don’t even remember what she was like because it was the eating disorder that had taken over who I was," says Danielle. "My goals of the future became weight goals. I couldn’t focus on school, or friends. I was constantly comparing, feeling guilty about what I ate; trying to focus on what I was going to be eating, just not anything normal."

At her wedding venue in Carp on that beautiful day last September, when Danielle looked around at her family, and friends, she saw the people who, with the doctors at CHEO, saved her life.

"It’s a team effort. I kind of like to think of it as the doctors are the coaches and your family are the players, and the goal is to get rid of my eating disorder," said Danielle.

"At the beginning, it was very helpless. But once the doctors told my parents they can’t take anything personally, and that it’s not me it’s my eating disorder, it was game on for them."

For more than two years, as both an inpatient and outpatient of CHEO, Gannon counted on that extended team.

Now 27, happy in her life, and with her job in the public service, she speaks openly about her eating disorder, hoping to help those struggling.  Now, Danielle wants to support their families too.

"When I was going through it, mental health not talked about like it is now, especially eating disorders. I like to advocate as much as I can.”

There are more young people in need of that help.

This does not surprise Danielle.

"An eating disorder will take any opportunity it can to take advantage and to start thriving.  A pandemic is the perfect situation. Your anxiety is heightened there are a lot of unknowns. Anyone who would be struggling that would be the fire for it to start."

Medical experts at CHEO report that eating disorders are the third most common chronic illness among adolescent girls.  The consequences are life threatening.

Eating disorders have the highest mortality rates of all psychiatric disorders.

Danielle knows the importance of getting help.

A decade after her successful treatment, she offers sage and basic advice to families, by sharing the role her family played.

“Their role was basically to keep me safe, so distracting me during meal-time with my favourite TV show.  We had these cards with conversation starters that everyone around the table would be answering, just so I wasn’t able to focus solely on the meal,” explains Danielle.

“It was about taking walks. They threw the scale out. They started complimenting me on things that I can’t change about myself: my eyes, my smile, my sense of humour; just things that are me and have nothing to do with my eating disorder." 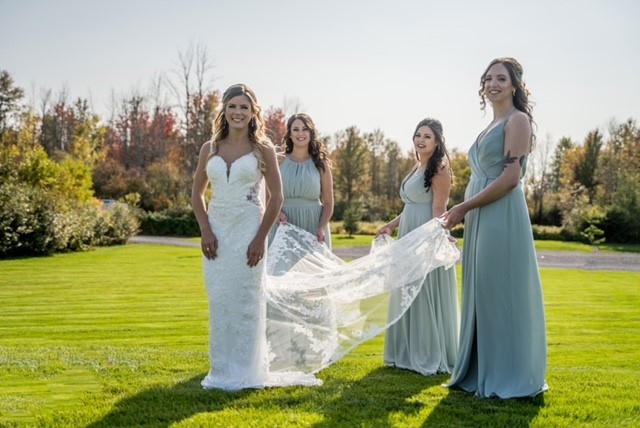 Shame and secrecy are often associated with eating disorders.

"It’s just being there for them. When they are silent and when there isn’t any dialogue, they’re just in their thoughts and you have to get them out of their thoughts.”

In a recent TV interview, she confessed:  “YouTube videos work. Something I really like, news anchor bloopers.”"

While we have a sense of humour too, we at this station, will really try to limit that material.

Danielle and her husband, showed that classic and unrelenting humour at their wedding.  No bloopers.  Just a spectacular surprise dance.

"They were expecting one thing.  We had the record go all scratchy and we performed a surprise salsa, and really got everyone good!"